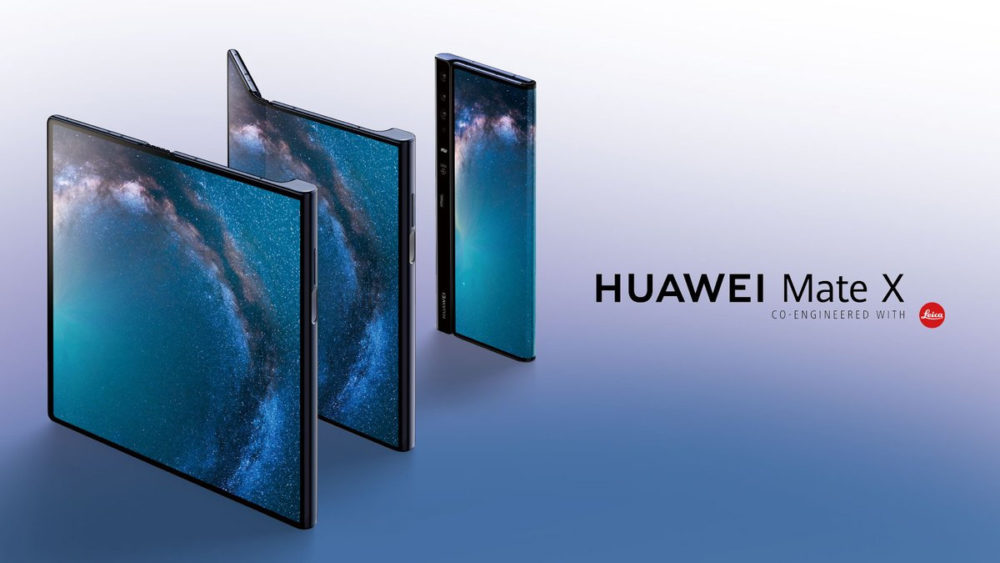 Should be a better phone than the Galaxy Fold.

Huawei Mate X, the company’s first-ever foldable smartphone, was announced as a direct rival to the Samsung Galaxy Fold earlier this year. Its release has been delayed a couple of times and it is now expected to arrive by the end of this year.

Here’s what we know about the phone so far.

Will Feature the Kirin 990 SoC

Reports on the foldable smartphone claim that the final version of the Mate X will come with slightly different specifications. The phone will now be powered by the Kirin 990 flagship chipset.

This is the same SoC that the company plans to use on its upcoming Mate 30 phones.

Huawei has set up the screen on the outside of the device, so when it is closed, it looks like a regular smartphone. The 8-inch screen has a 2480 x 2200 pixel resolution and an 8:7.1 aspect ratio.

The phone’s dimensions remain unchanged but it will now weigh 300 grams instead of 287.

Unlike the Galaxy Fold, the Huawei Mate X is able to fold completely flat with no visible gaps in between. Huawei is calling it the “Falcon Wing Design”.

The company also claims that there are over 100 components used in its hinge system.

The Mate X will have a triple primary camera setup, similar to what we saw on the Huawei P30 lineup. The sensors have been upgraded as well and they will now be using RYYB instead of RGB, which should produce better low-light images.

Othered rumored specifications include 8GB RAM and 512GB storage. It will have dual SIM support, but only the first SIM slot will support 5G connectivity.

It will feature Android 9 Pie fresh out of the box with EMUI 9.1.1 on top. Connectivity options include NFC, dual-frequency GPS, Bluetooth 5.0, Wi-Fi, and USB Type-C port.

The Mate X will have two batteries with a total capacity of 4500 mAh. Thanks to 55W SuperCharge technology, you will be able to charge up the device from 0 to 80% in just 30 minutes.

As mentioned before, the Huawei Mate X is expected to arrive by the end of this year.