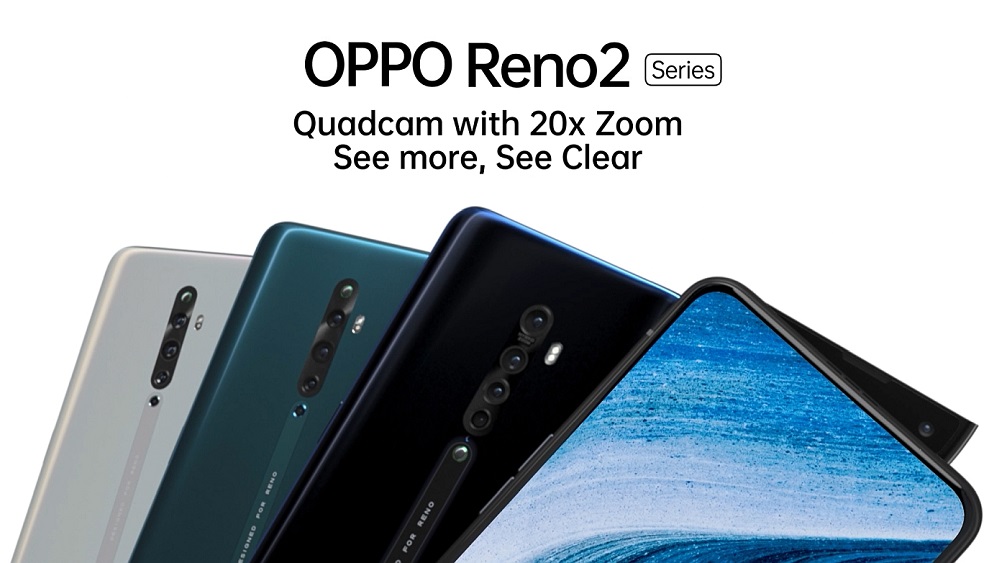 Hopefully, it won’t cost much either.

Oppo’s Reno2 series is due to launch soon and will include three phones: Reno2, Reno2Z, and Reno2F.

The company has just confirmed that it will be unveiling the series on 10th September 2019 in Shanghai, China at 10 am. Even though the teaser videos (published on Weibo) only revealed the launch date for Oppo Reno2, it is highly likely that the other two, Reno2Z and Reno2F, will be launched on the same date as well.

Reno2 recently showed up at TENAA, with full specifications under the model number PCKM00/PCK00.

Oppo’s teaser video gave away most of the details about the Reno2’s design. The smartphone will feature a quad sensor rear camera aligned vertically in the center of the smartphone and a shark fin pop up selfie camera.

Display-wise, according to TENAA, the smartphone will feature a notch-less FHD+ resolution (1080p resolution) 6.5-inch display with a 93 percent screen to body ratio and an in-display fingerprint sensor.

Software-wise, the smartphone will run on Android 9.0 Pie topped with ColorOS 6.0.1. After the launch, the handset will be updated to Android 10.

At the back, the smartphone will feature a quad-sensor camera with a 48 MP Sony sensor, an 8 MP ultra-wide sensor, a 5 MP telephoto lens with 5x hybrid zoom and a 2 MP depth sensor.

The shark fin pop-up selfie mechanism will be home to a 16 MP camera and an LED flash.

The whole package will be fueled with a 4000 mAh battery backed by VOOC 3.0 Flash Charge technology. The price, however, has not been made public yet.

The above-mentioned specifications have been confirmed by AnTuTu listings as well.