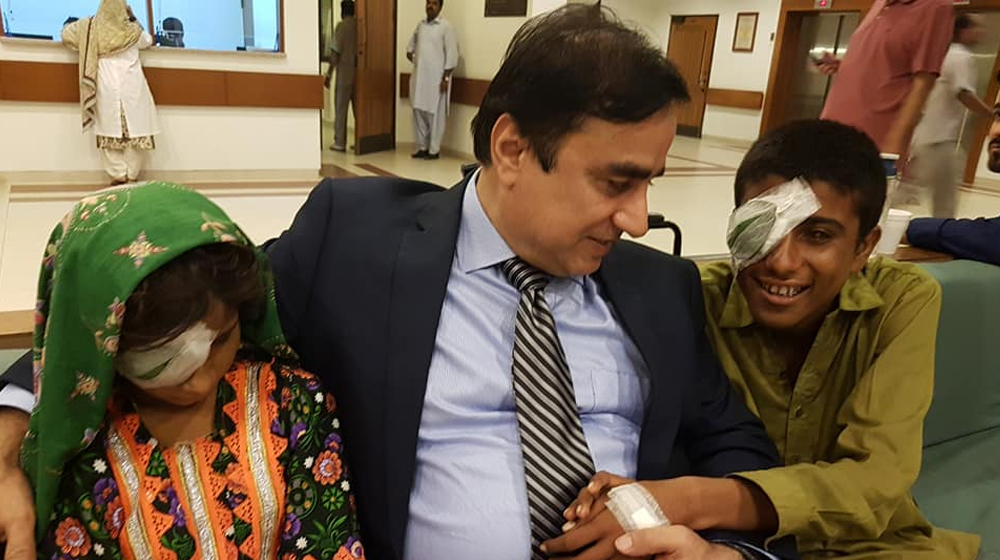 The policeman provides transportation and financial aid to the blind people who are unable to afford treatment. While speaking on a TV program, he said that everyone is a human first, the rest counts later.

“In this uniform, I am a human first,” said the cop. He said that when people understand others’ pain, they do not say that it is not their job or duty to help others. “When you aim to help others, there is no stopping you. Even Allah helps,” says Mastoi.

He said that all it takes is a little effort to get them to the hospital and arrange an operation. He admitted that it may not be an easy task for many people.

“If someone is blind by birth and hasn’t even seen the world for the past eight to 10 years and then you decide that by the help of Allah you will help them see the world, Allah makes your path easier,” said the DIG.

This Man is Feeding People in Multan for Just Rs. 10 a Meal

Mastoi added that he does not take or want anybody’s help. He wants to help people with his own money. “It is on me how much I can help people,” says the DIG.

He said that he has achieved all his targets so far.

Allah creates ways when one aims to do well. It’s not always that you have to spend thousands of rupees or have to go to out of your way to help [people]. Sometimes, even buying a pair of Rs. 500 glasses is enough to light up someone else’s world.

When a child is blind by birth, he said, the chances of regaining eyesight are lower, only five to ten percent. “So, I take them to the best hospital in town,” he said.

The DIG said that seeing his efforts, the hospitals have also started to reach out for help. They have started using their welfare budget to offer discounts on operations.