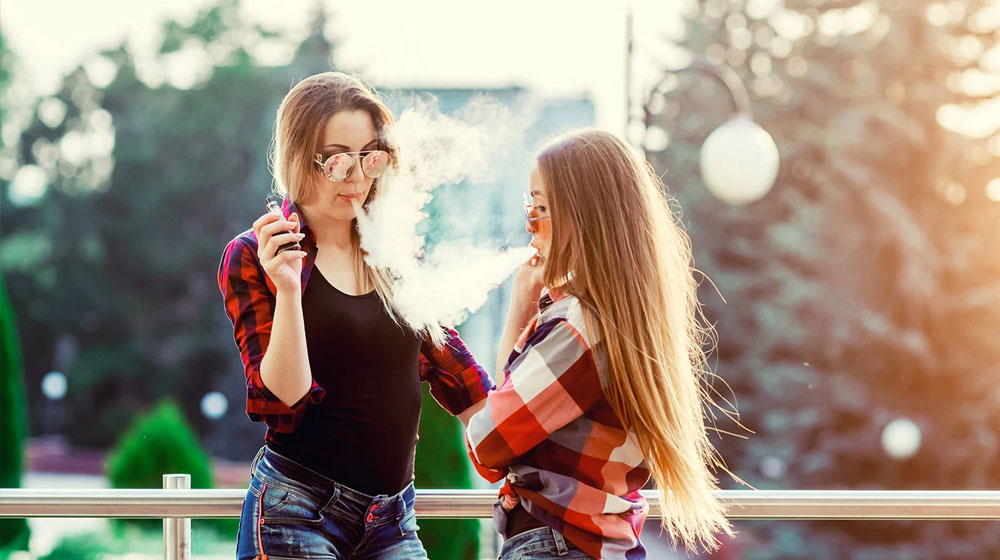 The number of vaping patients with breathing issues is increasing around the world, including the US where doctors have received hundreds of such cases in the last few months.

“One thing in common in Vaping patients is that their lungs look like they have been ravaged by a disease, or as if they have been exposed to a noxious industrial chemical or something,” Sean Callahan, a doctor at the University of Utah said.

He explained that one of the patients he received was 21 years old with a healthy background. He was brought to the hospital with a breathing problem which worsened to the point where he was put on a ventilator.

“We turned it to its maximum setting, he still wasn’t getting enough oxygen,” he said, adding that he was worried about the young man’s life.

According to the U.S. Center for Disease Control and Prevention, over 450 such cases of varying severity have been reported in the country so far, with multiple reported deaths.

This has led the doctors and researchers to search for the root cause. So far, the only thing that connects them is the use of e-cigarettes.

Late in July, several vaping patients’ reports had an unusual problem – immune cells called macrophages were filled with oil, possibly because they had engulfed some of the ingredients from the vaping devices.

Jeffery Kanne, a radiologist at the University of Wisconsin-Madison, says that the lung illness in such patients gets worse quickly.

These are like what you see with acute lung injuries, such as inhaling toxic substances in an industrial accident.

Looking for The Cause

While doctors have identified e-cigarettes to be a problem, they haven’t figured out which specific chemical or toxin is to blame.

Unlike cigarette smokers where people use one particular brand for their whole life people who vape often use a variety of brands making it hard for researchers to narrow down the problematic ingredient.