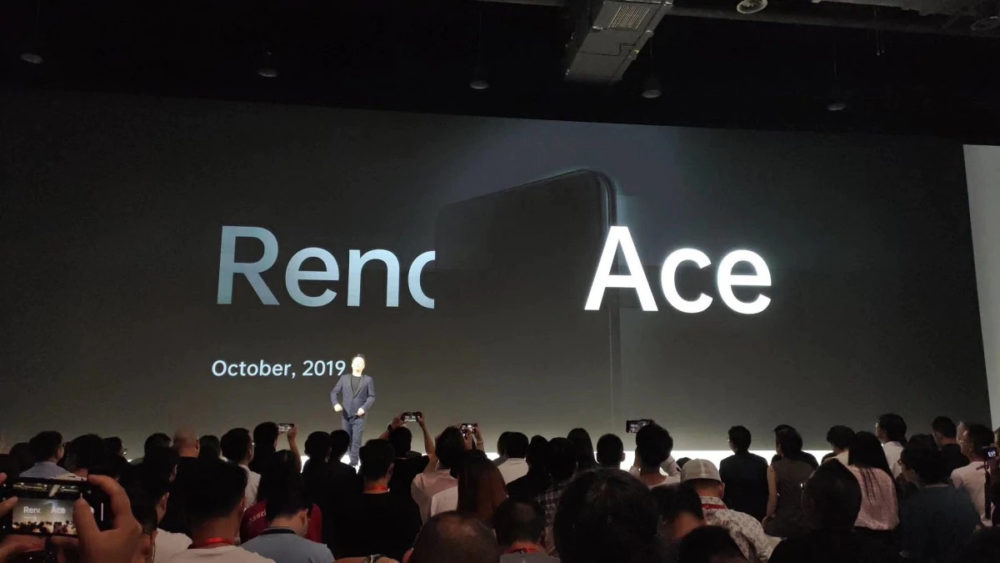 Oppo’s next major Reno-series phone, the Ace, is expected to arrive next month. The phone is rumored to have flagship-level specifications, with a Snapdragon 855+ SoC and a 90hz display. This doesn’t sound all that impressive, but what does sound interesting is its new fast charging tech.

On his Weibo profile, Brian revealed that the Oppo Reno Ace will be equipped with 65W Super VOOC fast charging. This will make the Reno Ace the first smartphone to offer such fast charging speeds.

Currently, the phone which holds the crown for offering the fastest charging speeds is the Oppo R17 Pro which reaches 50W. Xiaomi has teased its own 100W fast charging solution but they haven’t announced which exact phone will feature the new tech.

Brian also revealed that the phone will go into mass production next month, confirming an official October release.

He didn’t go much into details, but from what we know so far, the Oppo Reno Ace will feature the Snapdragon 855+ SoC, a 90hz display, 65W fast charging and a 4000 mAh power cell.