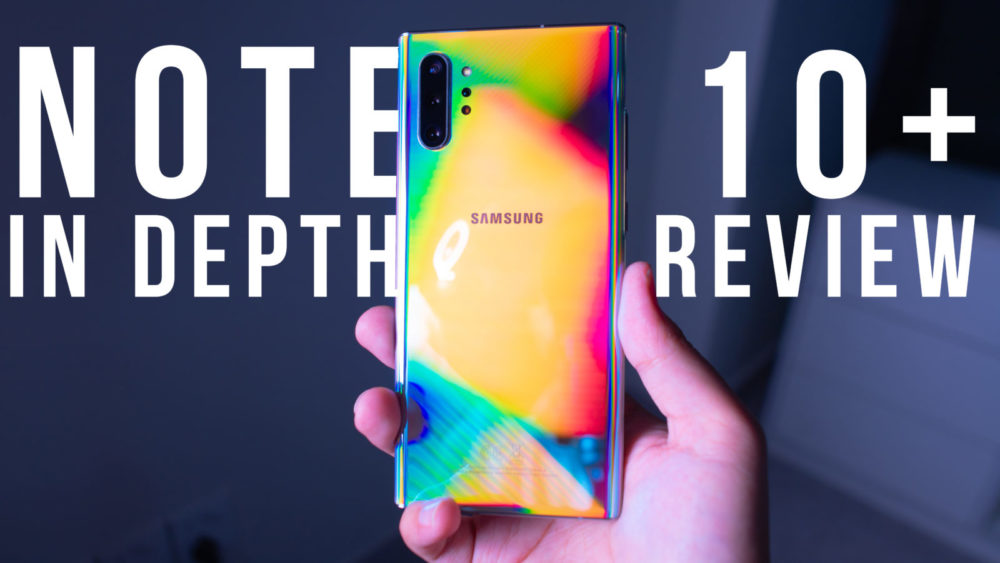 There’s a reason why Note phones stand out.

The Galaxy Note 10 series needs no introduction. The Note series represents Samsung’s latest and greatest series of flagship devices consisting of some of the most pricey and high specced Smartphones to date.

Let’s have a look at what makes this device one of the best phones of 2019. 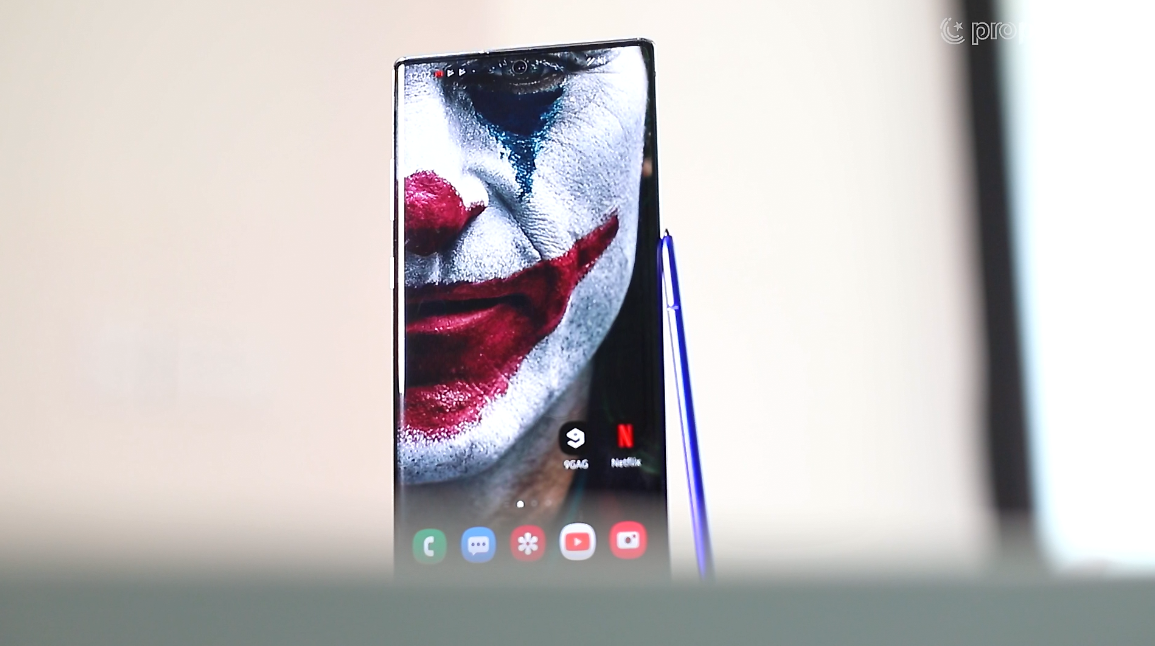 The Note 10+ flaunts one of the best displays that are currently available on the market. It is a gorgeous 6.8-inch QHD Dynamic AMOLED display which is certified for HDR 10+. The front camera is placed in a punch hole in the center, which makes the design symmetrical and less obstructive compared to the S10+.

The display is curved at the sides, just like previous flagships, and feels like an all-screen phone thanks to the impressive screen to body ratio (91%).

You can see the same symmetry at the bottom of the phone, where the USB-C port, S Pen, speaker grille, and the microphone are all perfectly lined up together. Samsung has ditched the Bixby button and has moved the power button to the left side with the volume rocker. The top of the Note 10+ is lined up with a MicroSD/SIM card slot and a secondary microphone for noise cancellation.

It is ironic how a series that has a mantra of “no compromises” has no headphone jack anymore, but Samsung does include a pair of USB-C AKG earbuds in the package. The absence of the headphone jack also means that we won’t be seeing it in future Note phones.

Samsung has introduced a bunch of new color options with Note 10, but the one that stands out the most is Aura Glow. It gives the back of the device a unique look with a full spectrum of color gradients, almost like the back of a CD. 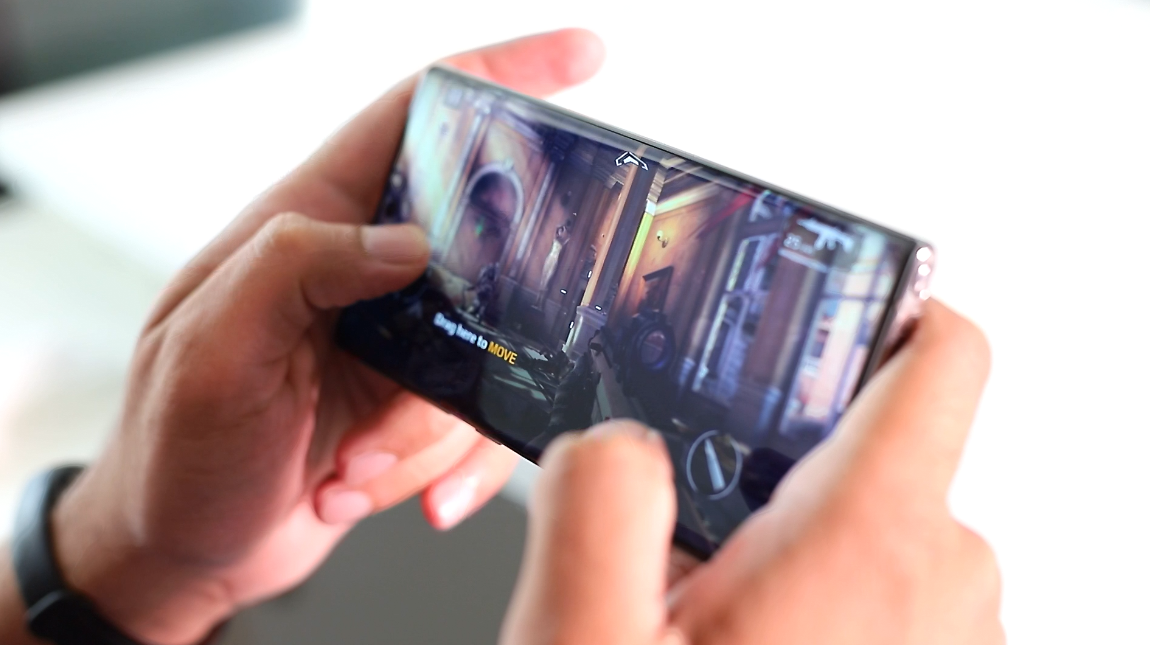 The phone is powered by the Snapdragon 855, comes with 256GB of UFS 3 storage and 12 gigs of RAM. Of course, such beastly specifications translate into great performance as well. App opening and switching is incredibly snappy and the phone can handle anything you throw at it. Having 12GB RAM means that you can also retain multiple apps in the background for long time periods. Even with multiple apps and games running in the background, the phone experience no lag and the thermals never went out of control.

All games ran on stable FPS on high settings and having HDR 10+ means you can enable the HDR option in games like PUBG for even better visuals.

As for benchmarks, the phone scored 344,603 on AnTuTu. Geekbench scores were 4242 and 9843 for single-core and multi-core results respectively.

Speaking of battery life, Samsung has included a 4300 mAh battery cell that should last a power user an entire day and 1.5 to 2 days for a casual user.

The best part, however, is that the battery is equipped 45W fast charging, which is one of the fastest you can get these days. It can charge up the device in just under 30 minutes, but you’ll have to buy the fast charger separately. 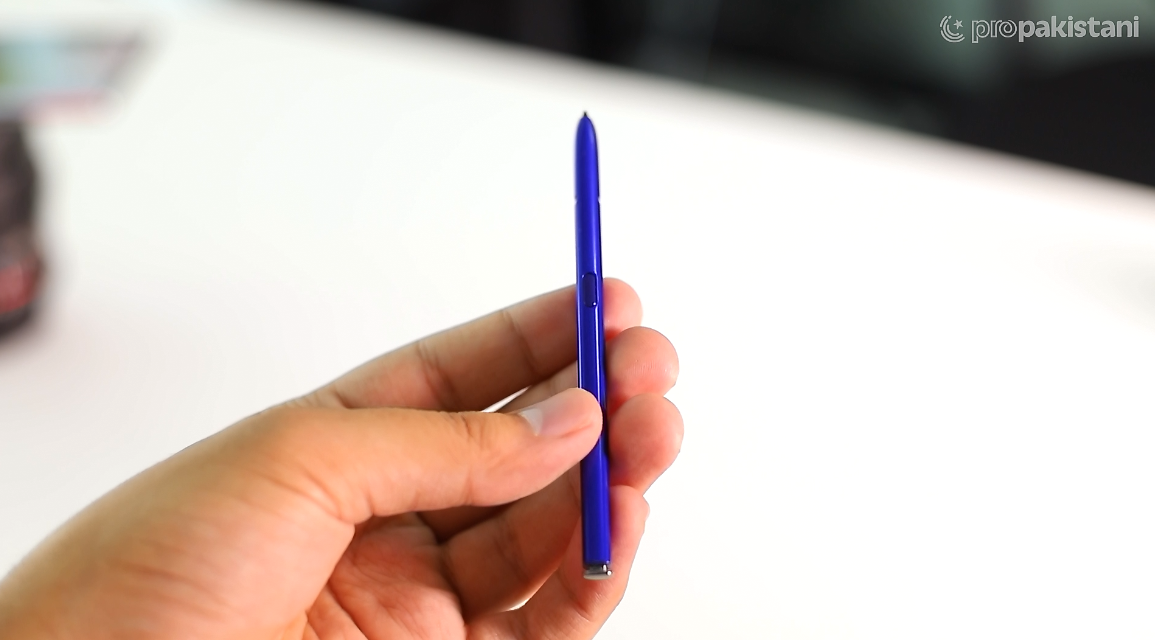 One of the defining features of the Note series, the S pen looks a lot like a regular pen with its unibody design and blue color. It comes with Bluetooth connectivity that allows for Air Actions – which essentially lets you wave the S Pen around like a magic wand and control the phone from a distance.

The S Pen has other features too, most of which you’ll probably forget, but controlling the camera app and air doodling are some of its best features and it’s nice to see that Samsung has introduced something new with the S Pen. 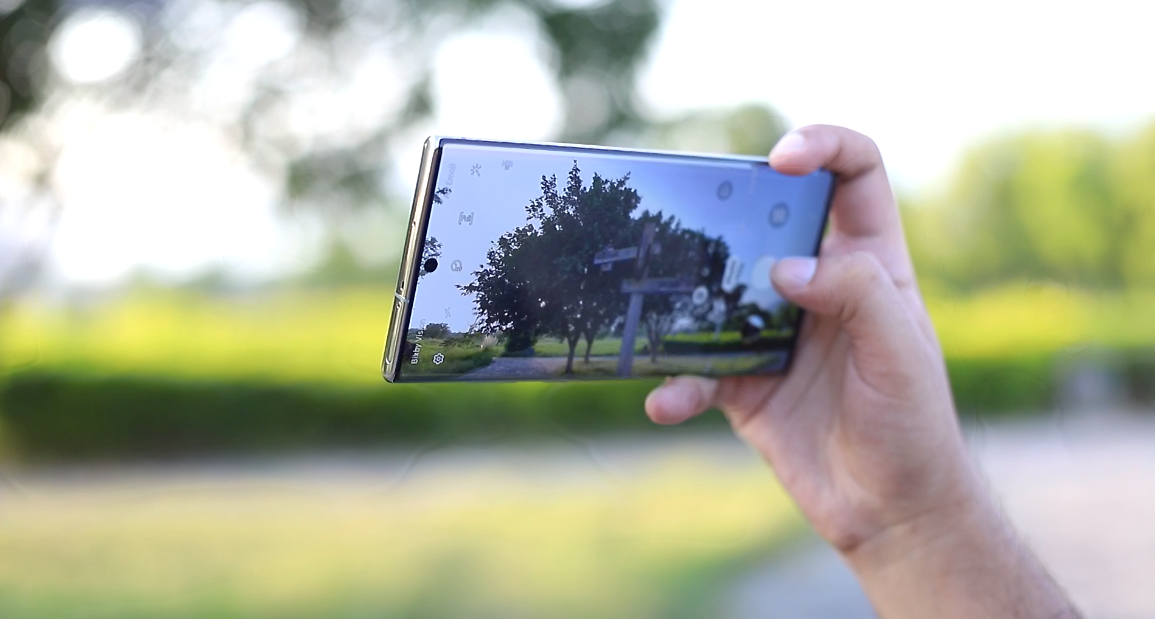 The camera setup includes a 16MP ultra-wide lens, 12MP telephoto lens, another 12MP wide lens, and a depth sensor in a separate cutout under the LED flash. The selfie camera is a 12MP lens inside the punch hole at the front. All of these cameras combined to provide a flagship photography experience.

Samsung has updated the aperture in all of its sensors, which delivers better low light photography than the competition. There was no exaggerated sharpening in any of the photos and Samsung’s color science has always been on the highly saturated side. All photos were visually pleasing with incredible detail and dynamic range.

Video recording was equally impressive. Image stabilization has always been great in Samsung devices, but this year, they’ve introduced a feature called Super Steady. This feature takes image stabilization to the next level and keeps your videos super smooth and stable even during action shots.

For more details, we recommend watching our video review down below.

There used to be a time where Galaxy Note devices were the biggest, most powerful devices on the market. But today, you can get large displays and equally impressive features just about anywhere. So why should you go for the Note 10+?

Well, for one it has one of the best displays, monstrous specifications, outstanding camera, and of course, a premium build. You also get the improved S Pen, which is still a standout feature among all price brackets to this day.

One thing that’s missing, however, is a 90Hz display. It’s one of those things that you don’t really care about unless you use it yourself. After you get a taste for it, you won’t like any other phones. The lack of a 90Hz panel on the Note 10+ is a sore point, in our opinion.

If you’re a power user, the Galaxy Note 10+ is just the right device for you. For more casual users, there are always cheaper options including the Galaxy S10, OnePlus 7 Pro or even the Redmi K20 Pro if you’re looking to get premium tier specifications for cheap.