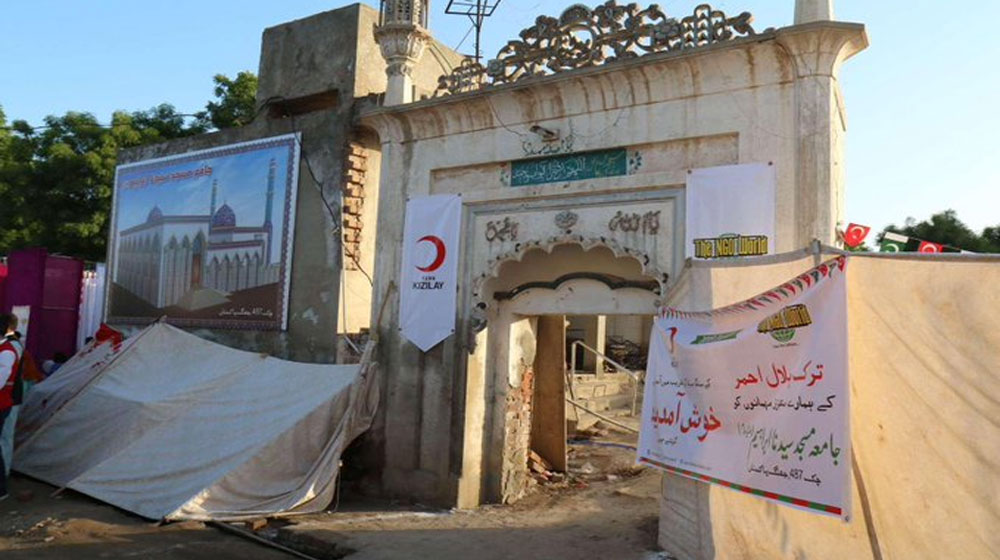 Turkish Red Crescent (TRC), the largest welfare organization of Turkey, is going to rebuild a 118-year-old mosque in Pakistan.

On Monday, the humanitarian organization laid the foundation stone of the century-old mosque in the north-eastern part of the country.

Hazarat Ibrahim Mosque is situated at a village called Hokran Chak in the Jhang district of Punjab. The mosque was built by local people in 1901. The structure of the building weakened by time, making it dangerous for worshippers.

However, TRC has now vowed to reconstruct it, preserving its decades-old structure.

The ground-breaking ceremony was held yesterday, which was attended by the secretary-general of TRC, Huseyin Can among other officials.

Speaking on occasion, Huseyin said they are honored to restore a historical mosque in Pakistan.

“The Turkish nation has not forgotten the friendship of Muslims of the sub-continent,” he said, referring to the role of the subcontinent’s Muslims in the Turkish War of Independence.

Huseyin mentioned that his country has always helped its Pakistani brothers and sisters in difficult times.

The Turkish delegation also distributed food among the needy people of the village and gifted toys and stationery to schoolchildren.