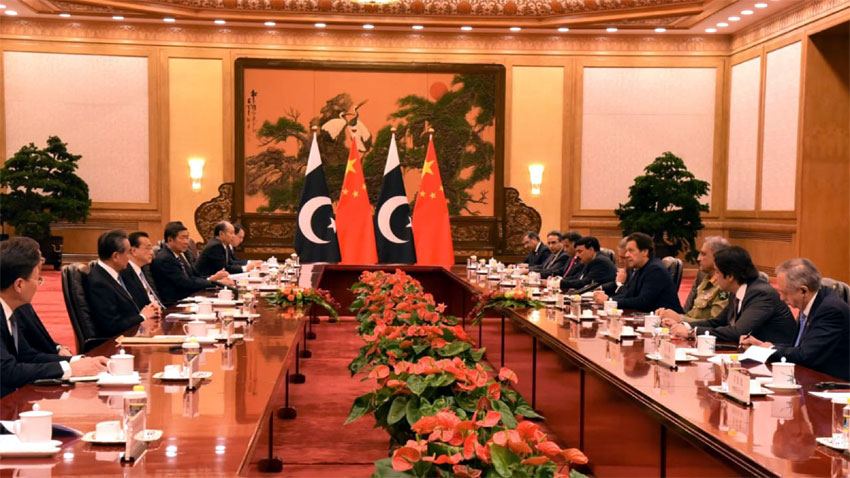 Pakistan and China have agreed to the implementation of the second phase of China-Pakistan Free Trade Agreement that will lead to more trade, economic and investment opportunities between the two countries.

During the meeting, Pakistan and China vowed to expedite the completion of projects associated with the multi-billion-dollar China Pakistan Economic Corridor (CPEC).

The understanding came during wide-ranging bilateral talks between Prime Minister Imran Khan and Chinese Premier Li Keqiang held at the Great Hall of the People in Beijing on Tuesday. 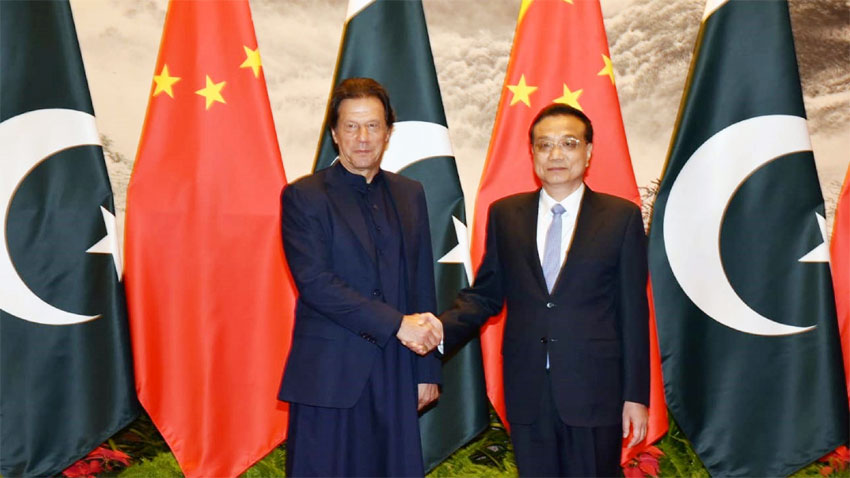 According to the press release, areas of potential collaboration were discussed between the two sides which included railways, steel, oil and gas, industry and science & technology.

The two leaders also witnessed the signing of various Agreements and MOUs aimed at deepening Pakistan-China ties in a range of socio-economic sectors.

Chinese Premier Li Keqiang reiterated China’s support for Pakistan’s issues of core national interest and thanked Imran Khan for the measures to advance CPEC projects and maintained that the second phase of CPEC will be instrumental in reinforcing and consolidating Pakistan’s economic development and pave the way for enhanced Chinese investments in Pakistan.

Prime Minister Imran Khan has invited the Chinese companies to invest in the diverse sectors of Pakistan including housing, textile, manufacturing, IT and financial services, physical and technological logistics, agriculture, oil & gas and tourism and hospitality.

The Prime Minister said that Pakistan is opening up for the businesses and it is great time for the Chinese companies to invest in the country.

He assured that the Prime Minister’s office will be dealing with all the major investments including those of the CPEC.

Proposals for expansion of Business projects in Pakistan

During the meetings, the companies apprised the Prime Minister of the current status of their ongoing operations in Pakistan and presented specific proposals for expanded business projects in Pakistan in diverse sectors including oil and gas, power generation and distribution, textile, tyres manufacturing, minerals and rare metals exploration, light and heavy machinery and construction.

The companies also detailed their plans for the establishment of Textile and Apparel Park, Industrial Parks and projects to convert coal resources into combustible fuels.

Welcoming the Chinese companies’ commitment to expanding their investments in Pakistan, the Prime Minister reaffirmed the government’s resolve to provide further incentives for the relocation of industries from China to Pakistan and to offer a favorable business environment to these companies as well as other enterprises.

The Prime Minister stressed that these measures will generate employment and tax revenue benefiting the overall economy of Pakistan.