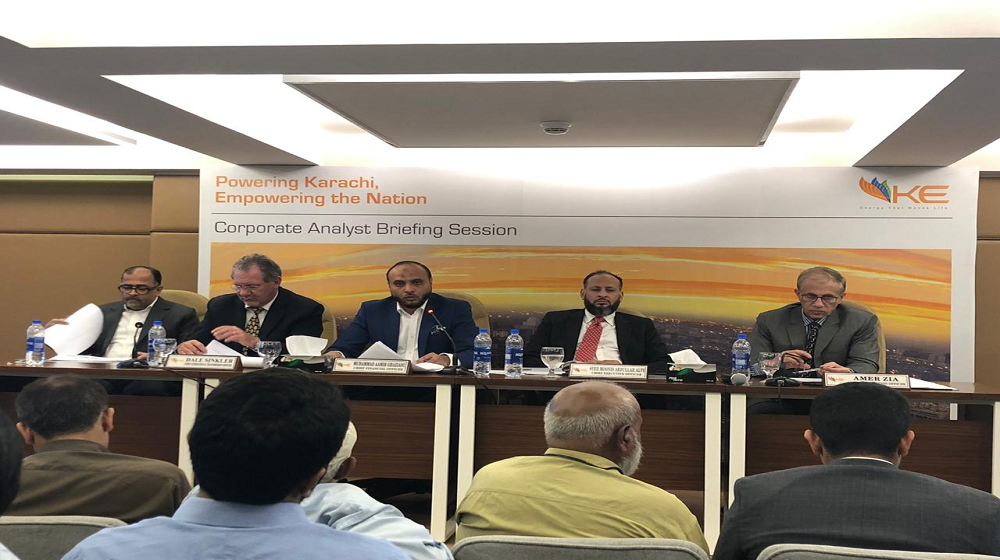 K-Electric (KE) is finishing up the $450 million’s TP-1000 project, which will add about 1,000 MVA of transmission capacity through seven grid stations and associated systems.

This was announced by Aamir Ghaziani, Chief Financial Officer of KE at the corporate analyst briefing session held at the Pakistan Stock Exchange (PSX) today. Moonis Alvi, CEO of K-Electric and other members of the KE leadership were present at the session.

The project, which was initiated at the end of 2015 in collaboration with Siemens Pakistan, will add over 1,000 MVA to KE’s network, enabling the utility company to transmit an additional 800 MW through a total of seven grid stations.

Four grids and 22 power transformers have already been energized under the TP-1000 project. This will be followed by a few other transmission projects, which will further improve network reliability and enhance KE’s transmission capacity.

KE to Invest $3 Billion in Next 4 Years

K-Electric has committed to an investment of $3 billion over the next four years.

The power utility’s plans to enhance distribution capacity through the addition of 300 feeders and over 5,000 transformers were also discussed at the session, as well as planned investments in the reliability of KE’s network and loss reduction through the conversion of 15,000 PMTs to Aerial Bundled Cable (ABC) by 2023.

The participants were also informed about the company’s financial performance and continued operational improvements including a significant reduction in transmission and distribution (T&D) losses and sustained improvement in recovery levels. These improvements were underpinned by investments of more than $2.4 billion from FY 2009 to FY 2019 in all business verticals including investments of over $960 million in the last three years.

The CFO also said that to maintain this growth momentum, investments in infrastructure across the value chain are planned including the 900 MW RLNG-based BQPS-III, a 700 MW coal-based IPP project, and other T&D projects.

The participants were also briefed about Karachi’s peak power demand which has grown at a Compound Annual Growth Rate (CAGR) of 5.2% from FY 2012 to FY 2018, compared to 2.4% for the rest of the country, and how this bodes well for the future growth potential for KE, underpinned by its aggressive and strategic investment plan for the next four years.