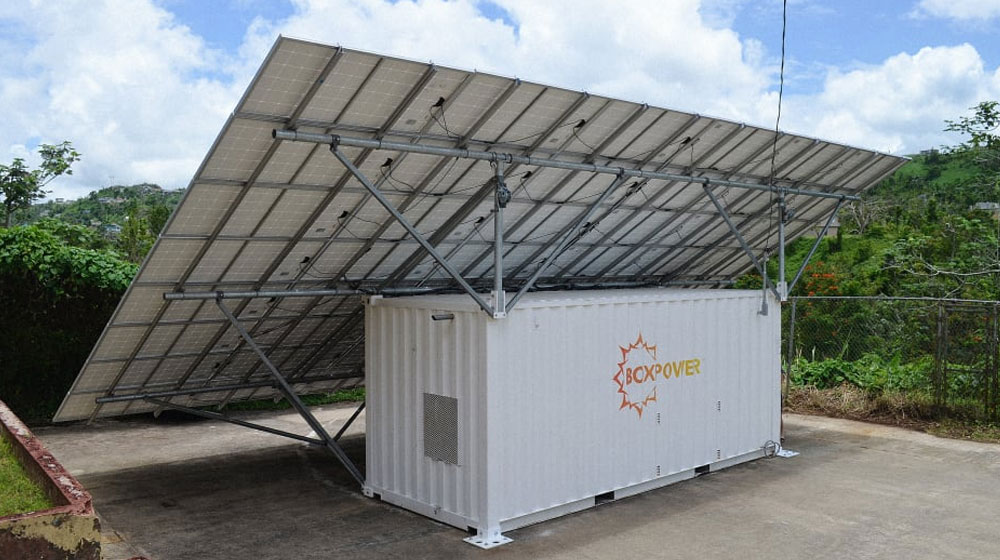 A US-based startup ‘BoxPower’ has developed an instant, solar power based microgrid which can start generating power within a few hours.

The microgrid, installed on a small container, is specially designed to be immediately transported to disaster-hit areas for urgent power supply.

According to Angelo Campus, the CEO, and founder of the California-based project, this solar power-generator can be easily assembled on top of the container.

“We jokingly call ourselves the IKEA of microgrids because there is some assembly required, but it is color-coded, pre-cut, and pre-drilled,” Campus said, adding that anyone who can assemble an IKEA dresser can assemble their solar array.

It doesn’t require any heavy equipment or machinery.

Describing his project, Campus said that the BoxPower is built on a standard 20-foot container to make it easily transportable. Inside the container, there are solar panels and racks, along with a prewired battery. The BoxPower is also equipped with an inverter and a backup generator that runs on fuel. The generator can come handy in case of a cloudy or rainy day or if the battery dies.

You get all the same reliability and consistency of having a generator but with an 80 or 90% fuel and, therefore, operating cost reduction.

According to Campus, the product can generate as much as 50 kilowatt-hours of electricity, which is enough power for three or four homes or an energy-intensive business.

He added that in case of an emergency, BoxPower can be easily assembled or repacked.

Campus said that he started working on the project when he was a graduate student at Princeton. Two of his professors had worked with “Engineers Without Borders” after the 2010 earthquake in Haiti. There, they realized that ‘better and improved solutions were needed’ for emergency power. He said that the experience helped and encouraged him to build microgrids for emergency use.