The Sindh High Court (SHC) has dismissed a petition filed earlier this year regarding the manufacture and sale of fake bomb detectors referred to as ‘Khoji’.

The petition filed by the Public Interest Law Association of Pakistan (PILAP) contended that the Airport Security Force (ASF) is allegedly manufacturing and selling a fake bomb detector named ‘Khoji’ for Rs. 70,000. Nearly all the airports across Pakistan are using ‘Khoji’ at entry/exit points. Not only airports, ‘Khoji’ is being used by private security organizations in some of the most sensitive parts of the country.

Termed as dangerous for human lives by many security experts, ‘Khoji’ cannot detect simple metal objects, let alone bombs. The petitioners demanded the court should impose a ban on the manufacture, sale, and purchase of the fake bomb detectors.

ASF has been manufacturing ‘Khoji’ using the same method and technology which had been banned in the United Kingdom.

McCormick used to buy cheap plastic parts from China and assemble the bomb detectors in his backyard. A single unit of the fake bomb detector used to cost McCormick $12. ATSC sold a single unit of ADE-651 for as much as £5,000. 7000 units of ADE-651 devices were sold to Iraq. Nearly 1,000 Iraqis were killed in different bombing incidents as ADE-651 failed to detect the bombs.

The ADE-651 devices promoted a false sense of security and contributed to death and injury of many people. The device was useless, the profit outrageous, and your [James McCormick] culpability as a fraudster has to be considered to be of the highest order.

In its defense, ASF, however, maintained that none of the security organizations using ‘Khoji’ have ever complained about the device. Pakistan’s airports and shopping malls are secured because of ‘Khoji’.

PILAP’s counsel, Advocate Abdul Moiz Jaffery, argued that ‘Khoji’ is built on the blueprints of ADE-651. ‘Khoji’ is being used to check cars for bombs at Islamabad International Airport and Centaurus mall. Because there has not been any untoward incident does not imply ‘Khoji’ is capable of detecting bombs. 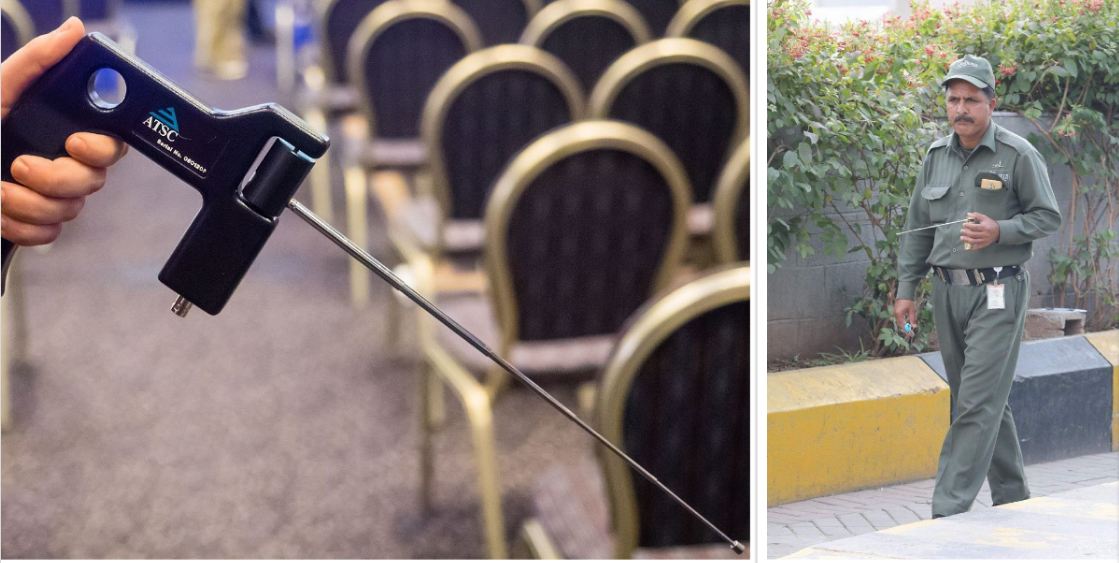 Justice Mazhar and Justice Agha Faisal of the two-member bench asked Abdul Moiz Jaffery to come up with an alternative to detect bombs. To this, Jaffery recommended sniffer dogs that are being used around the world.

Much to Jaffery’s astonishment, the judges accepted ASF’s stance and dismissed the petition saying how can authorities acquire that many sniffer dogs to replace bomb detectors.