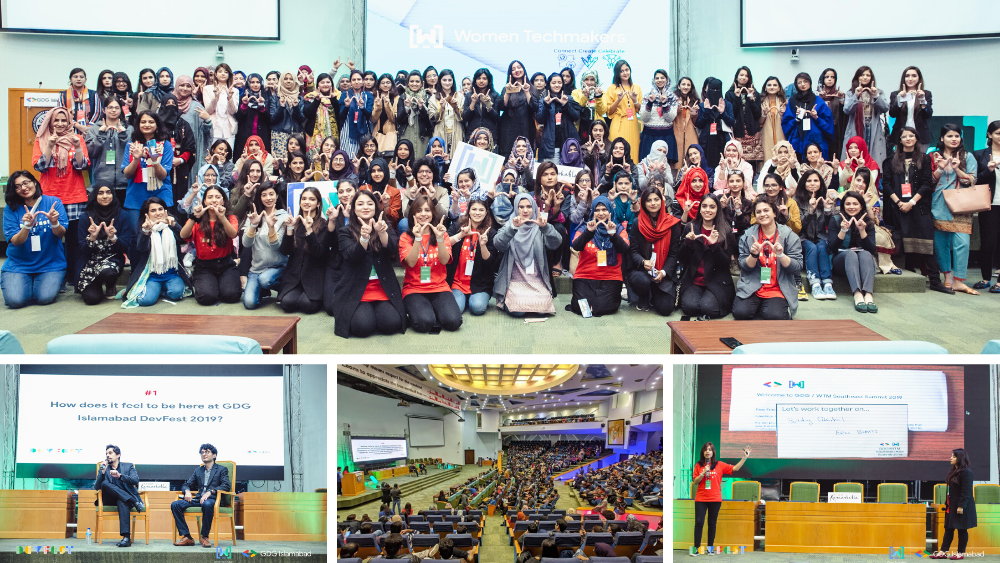 A week back on 7th December Islamabad hosted the largest IT conglomerate as the Google Developers Group Islamabad, a community-backed by Google, hosted it’s 4th annual DevFest this year with over 1000+ attendees as a conclusion to DevFest season in Pakistan at Centre for International Peace and Stability (CIPS), NUST.

The day started off with a #WomenTechmakers Breakfast Reception featuring a moving #IamRemarkable session, an initiative by Google to empower women and underrepresented groups and celebrate their achievements in the workplace and beyond.

The session catered 150+ women from all walks of life who gathered under one roof to celebrate their achievements & network with one another. The reception also included some of the most inspiring and empowering lightning talks, revolving around the remarkable journeys of Ms. Khursand Bayar Ali (Transgender Activist – Noutankey Productions), Momina Abrar (Growth Analyst – JazzCash), Noor Binte Aamir (Women Techmakers Scholar).

Their stories taught us that the journey is valuable, but believing in your talents, your abilities, and your self-worth can actually empower you. As this session concluded the registrations for the main event began. 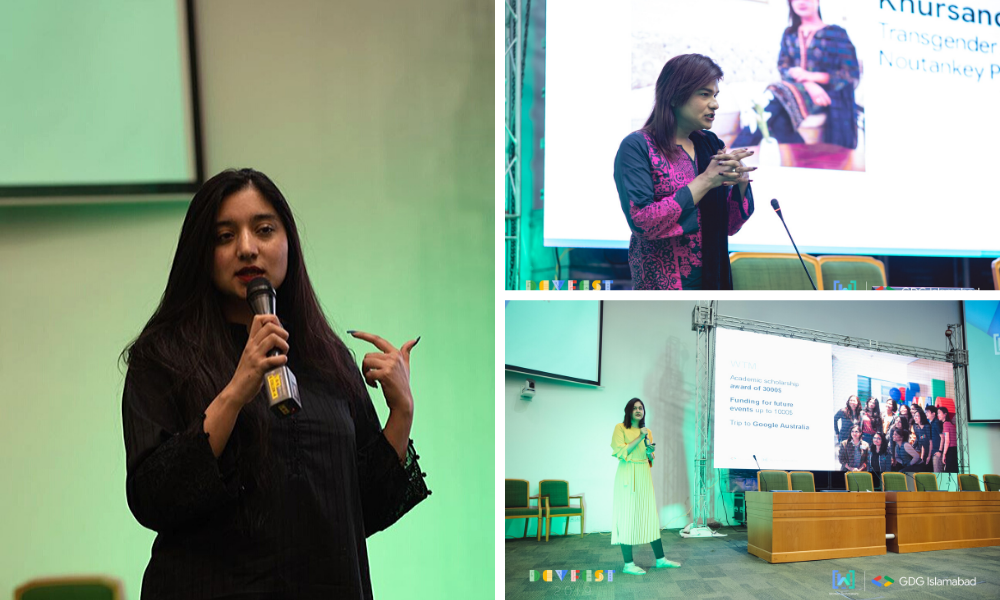 GDG Islamabad made efforts to make the event as inclusive as possible by having DeafTawk onboard to translate all talks in sign language. The main event kicked off with a welcome note by Muhammad Bin Masood – Manager and Houziafa Khan, Co-Manager – GDG Islamabad.

They briefed the audience about the community and how it aims to revolutionize the culture of technology in Pakistan by equipping the youth with cutting-edge technical skills required to survive in today’s digital world.

The stage was then presented to Dr. Muazzam A Khan Khattak, Associate Dean – SEECS NUST, as he talked about how youth will empower Pakistan through its efforts in the technological sector & shed light on the role NUST is playing as an institution to provide the youth with better opportunities.

The energy in the room was palpable as Saad Hamid, Community Manager Developer Relations – Google briefed the audience about how important building a growth mindset for tech leadership is.

Next was Saba Rasheed Malik from PWiC who shared a wonderful session on Love for the Community Building after which followed the most anticipated session of the event the fireside chat featuring Sardar Abubakar, Chief Digital & Strategy Officer – Telenor Pakistan & Aamer Ejaz, Chief Digital & Strategy Officer – Jazz, where they answered some of the major questions regarding telcos as game-changer and its impacts on the future.

Following this was a very engaging talk on Google API’s in Jazz World by Mian Talha – Head of Digital Products, Growth & Startup Ecosystem, Jazz. This was followed by a networking lunch providing the attendees with an amazing networking environment. 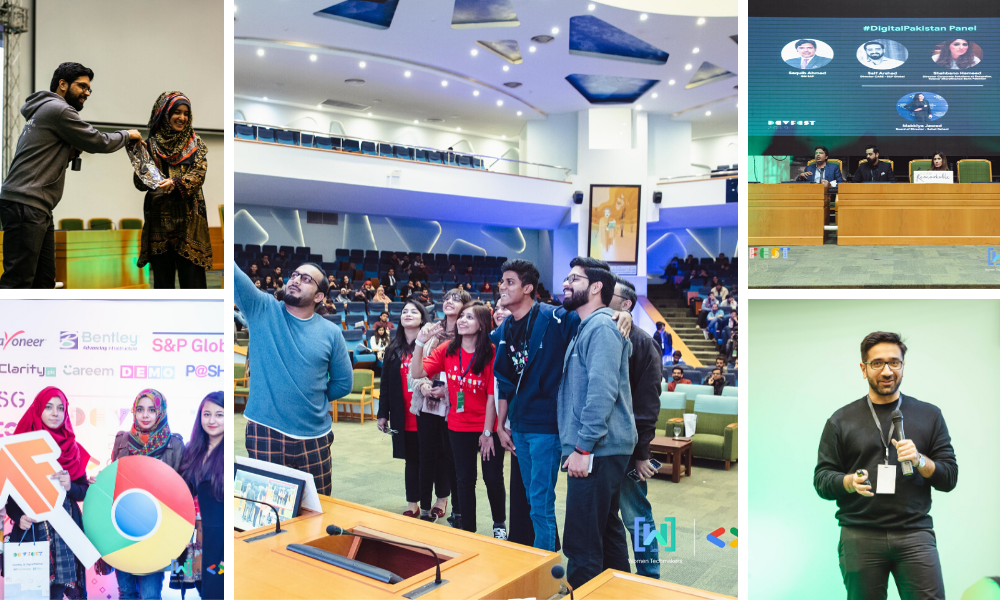 After lunch, there was an exciting session on Google Local Guides – delivered by Aiman Saeed, Creative Lead & WTM Ambassador – GDG Islamabad. Followed by a very interesting session which was a complete treat for all the gaming enthusiasts as Jawad Mian, Senior Developer – Google Seattle discussed the intricacies of game development including Cloud Anchoring, Augmented Faces, Google poly, Agones.

The stellar planner came up next bringing some new energy to the discussion. The panel was moderated by Makkiya Jawed, Board of Director – Sehat Kahani and included Saif Arshad, Director CARE – S&P Global, Saquib Ahmed, Country Managing Director – SAP Pakistan and Shahbano Hameed, Director Corporate Solutions – Easypaisa. The panel discussed the future of digital in Pakistan and how fast we can achieve #DigitalPakistan.

With VR/AR being the talk of the town, this happened to be the very session everyone eagerly waited for as Tashfeen Ul Haq, Unreal Engine Developer & Umer Saleem, Data Scientist – VisionX demonstrated the utilities of AR/VR beyond gaming and entertainment.

The heart of the event was the very amazing Kahoot session that rejuvenated the audience after a long day and raised their enthusiasm to a whole new level for the upcoming sessions which included Google’s Go programming language by Jawad Sadiq, Backend Engineer – KeepTruckin, Solving Accessibility Issues – Using #Tech4Good by Faaiz Arbab, CEO – AYECo and Quick Prototyping with Firebase by Eric Bhatti from GDG Kolachi. The final talks were delivered by Talha Waheed, Assistant General Manager – SWVL which revolved around Leveling Up Transport in #DigitalPakistan.

The day came to a halt with an amazing performance by Auratnaak that caused a spark in the crowd ending everything perfectly. 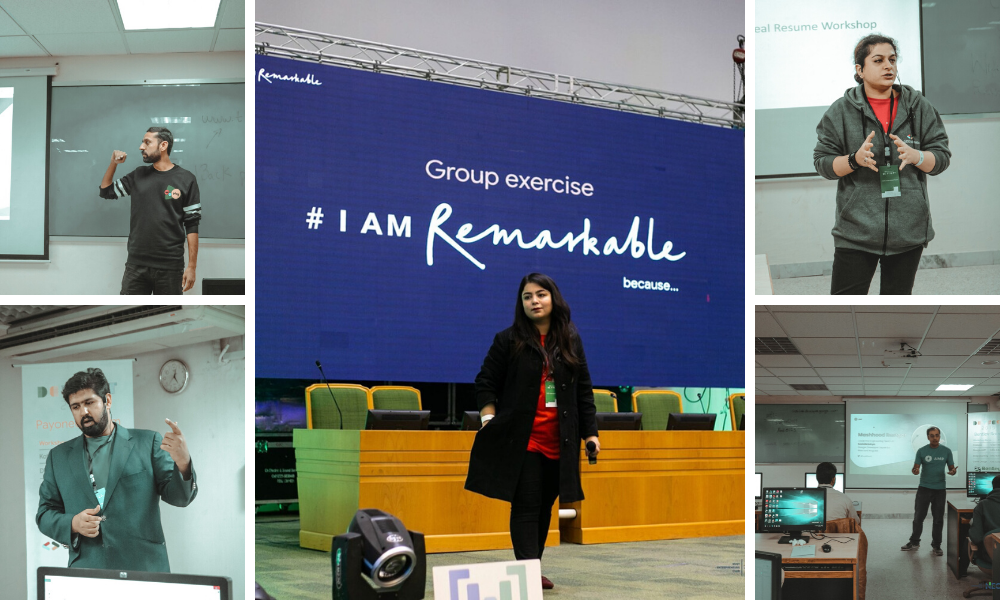 The theme of the event was #DigitalPakistan intricately designed to address the problems caused by the digital divide in Pakistan because GDG Islamabad believes that together we can find the right digital approach that can cause Pakistan’s digital revolution to occur at a much faster rate.

The event was backed by some of the most prominent firms in the market such as Google, S&P Global, Bentley, Payoneer, GitHub, DEMO, Careem, KNCT, PASHA, SWVL, Bookme.pk, NUST, ACM, NEC, VisionX, Women Techmakers, Roomy.Pk, DeafTawk & our media partners PTV Network, HUM News, CityFM89, StartupGuide Pakistan, ProPakistani and Clarity.pk who helped us amplify our outreach and represent Pakistan on a national level.

All in all, it was an amazing tech festival with gleeful attendees setting a benchmark for the future. Follow the highlights of this event over here.