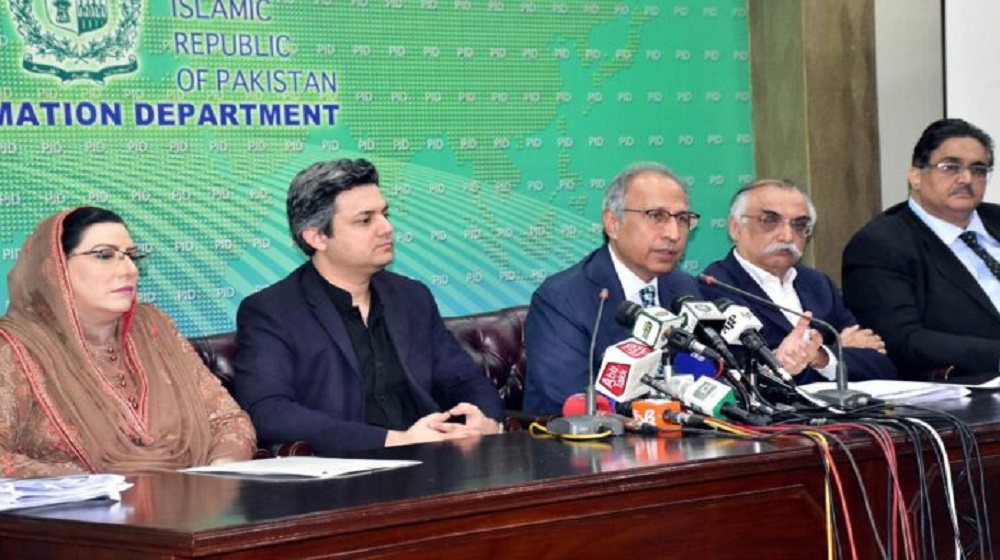 Adviser to Prime Minister on Finance & Revenue, Dr. Abdul Hafeez Shaikh, has asked the Federal Board of Revenue (FBR) to aggressively follow up on its agreement with the traders to expand the tax base.

“An efficient and robust communication with the public and stakeholders should be at the center of every activity undertaken by FBR to harness public support for its efforts for broadening the tax base and promoting a tax-compliant culture in the country,” he said during a visit to FBR House.

He wanted the FBR to make efforts to enroll around 20,000 points of sale in the country, grant timely and full payment of tax refunds and draw up and pursue a futuristic work plan using modern communication tools to achieve organizational targets and goals in an ongoing manner.

He was given a detailed presentation by the Chairman FBR Shabbar Zaidi and his team on the results of various revenue collection initiatives and reforms, key challenges, public facilitation and confidence-building measures to boost the revenue growth and resource mobilization. Secretary Finance Naveed Kamran Baloch, Special Secretary Finance Omar Hamid Khan and Members of FBR were also present.

Earlier, Chairman FBR told the Adviser that FBR had registered 16.3 percent revenue growth by collecting Rs 2,083.2 billion as per provisional figures for the period between July-December 2019. Similarly, he said that more than 2.168 million tax returns had been received by FBR by 31st of December 2019 and at least 600,000 more people were likely to submit their returns in the till the end of January 2020.

Shabbar Zaidi said that the FBR had doubled its focus on the taxpayer facilitation and automation of processes and now all steps of the interaction of taxpayers with the department, including registration, issuance of certificates, returning filing, audit and monitoring were fully automated.

He said that FBR had given away tax refunds worth Rs. 100 billion to the taxpayers so far this year as against Rs. 36 billion refunds given last year.

The Adviser lauded the Chairman FBR and his team for a commendable performance and asked them to redouble their efforts for an optimal revenue collection in view of the current economic condition of the country where the people were looking more towards FBR because each dollar not earned by the revenue authority would have to be borrowed from somewhere else, affecting the future choices of the country.

He also advised the FBR management to follow an integrated media and communication plan using all modern tools of information and expertise of top-level service and content providers in the market to communicate with the public and share with them on a consistent basis the results of efforts on revenue collection and tax facilitation, particularly its agreement with the traders and the follow-up work afterward, enrolment of 20,000 new POS (point of sales), progress on release of tax refunds, information about changes in Form H and the result of other reforms undertaken so far by the FBR. “These areas should be the focus of the FBR team in the new year,” emphasized the Adviser.

The Chairman FBR said that he had appointed five new complaint commissioners for the redress of complaints and by March many of the pending cases would be resolved. He also committed to provide results of their sector-wise collection and progress on new initiatives and implementation of reforms to the Adviser in the next week.