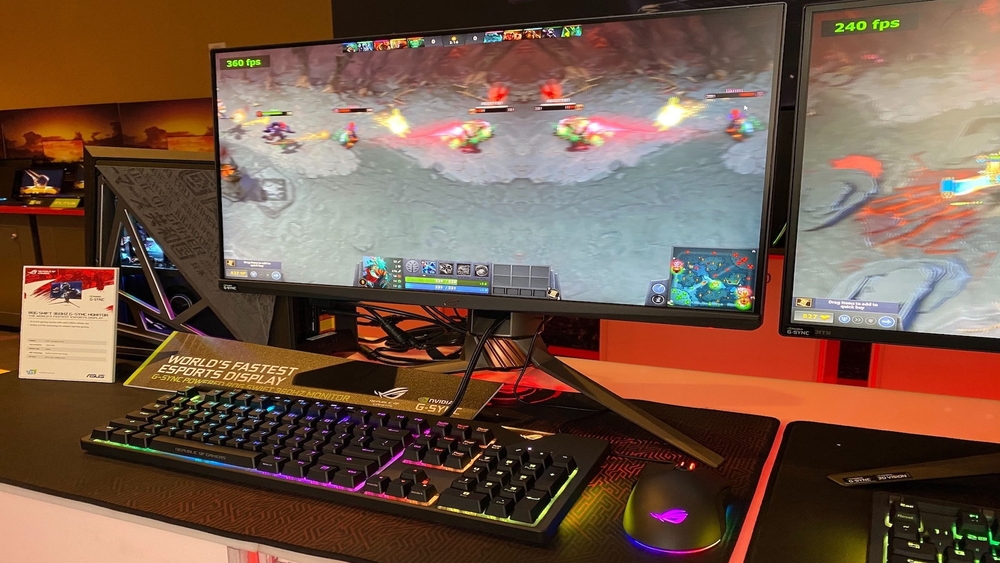 If you thought 240Hz monitors are overkill, wait till you see what Nvidia has in store.

At the ongoing Consumer Electronics Show (CES) 2020, the American chip-making giant has unveiled a gaming monitor with a whopping 360 Hz screen refresh rate. This means that the display is refreshed 360 times every second, faster than any other monitor in the world.

The Asus ROG Swift 360 features a 24.5-inch 1080p display which is surrounded by thin bezels. It also comes with a G-Sync processor that synchronizes the display’s refresh rate with the FPS (frames per second) to eliminate screen tearing.

Having a 360Hz screen refresh rate means that frames are displayed once every 2.8 milliseconds. This translates into much smoother animations and less input delay compared to other monitors with 144Hz/240Hz.

The display may be built for professional gaming and training, but it is also going to attract numerous non-professional competitive gaming enthusiasts with a fortune to spare.

However, taking full advantage of this display will require you to run games at 360 FPS, which is easier said than done owing to hardware limitations and demanding current-gen games.

The pricing and availability for the Asus ROG Swift 360 will be unveiled sometime later this year.