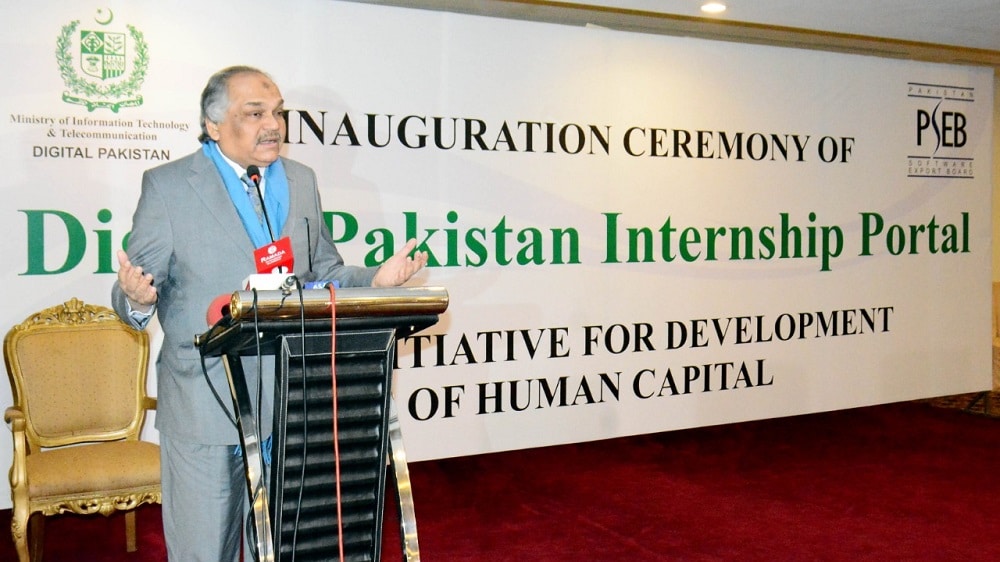 On Wednesday, the federal government launched the Digital Pakistan Internship Portal to boost the IT industry in the country.

The Internship Portal will not only automate the hiring process for tech companies but it would also help bridge the gap between academia and industry.

Digital Pakistan Internship Portal aims to converge the country’s IT industry, universities, and graduates on a single platform, which will result in increased collaboration and cooperation between the entities.

MOITT has designed the portal in a way that tech companies can post industry-related problems on it. IT students would then solve these problems by directly collaborating with the tech companies. It will not only increase the students’ knowledge, but they will be industry-ready by the time they graduate.

Addressing the launch ceremony, Secretary MOITT said that Digital Pakistan Internship Portal is the first step in the right direction. The move will eliminate the impediments to the growth of Pakistan’s IT sector.

The incumbent government has undertaken different initiatives to uplift the IT industry of the country with the most notable one being the Digital Pakistan Program launched last month, said Secretary MOITT.