Competitors in esports had an amazing year in esports. In 2019, contending teams banked huge amounts in prize money, over $221 million was dispersed over the progression of 4,490 tournaments played with many events putting out record-breaking prize pool money.

Yet again this year Dota 2 set another record for the highest prize pool for a single event by putting out over $34 million in prize money, surpassing last year the international prize pool by $4 million.

However, the biggest cause for the escalation in prize money in 2019 was Epic Games incredibly popular title Fortnite, and the $74 million it injected into the esports ecosystem. Esports organizations all around started forming teams in anticipations of getting in on the Fortnite gold rush.

Here are the top 10 esports teams that earned the most prize money in 2019. 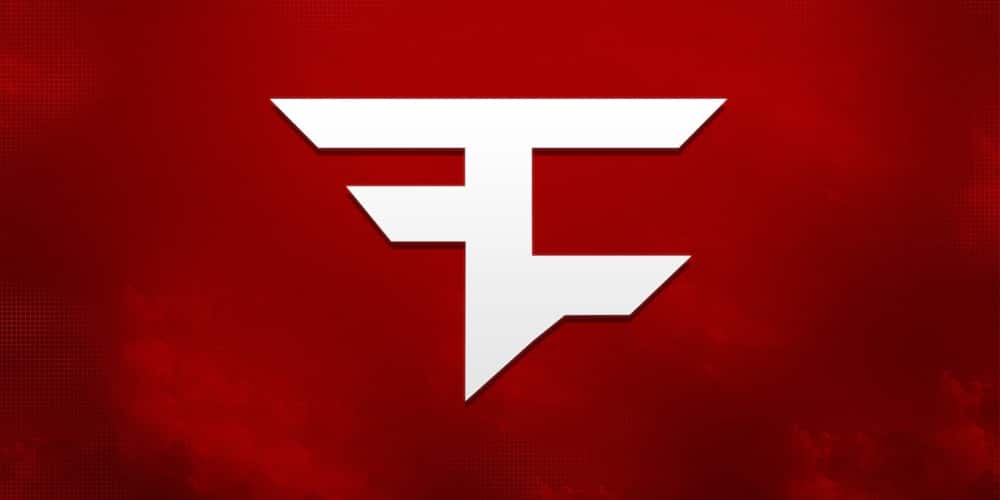 FaZe Clan is famously known for its Call of Duty and Counter-Strike: Global Offensive teams are on number 10 because of its battle royale lineups. FaZe Clan PUBG earned $1.1 million after securing first place in three tournaments and finishing second to Gen.G at the PUBG Global Champion 2019. FaZe’s Fortnite squad took home just under a million at $964K.

While FaZe Clan’s CS:GO and Call of Duty teams collectively had a total of $894K in winnings.

With $6 million up for snag in the franchised Call of Duty League starting in January, FaZe Clan will endeavor to rise up the rank next year. 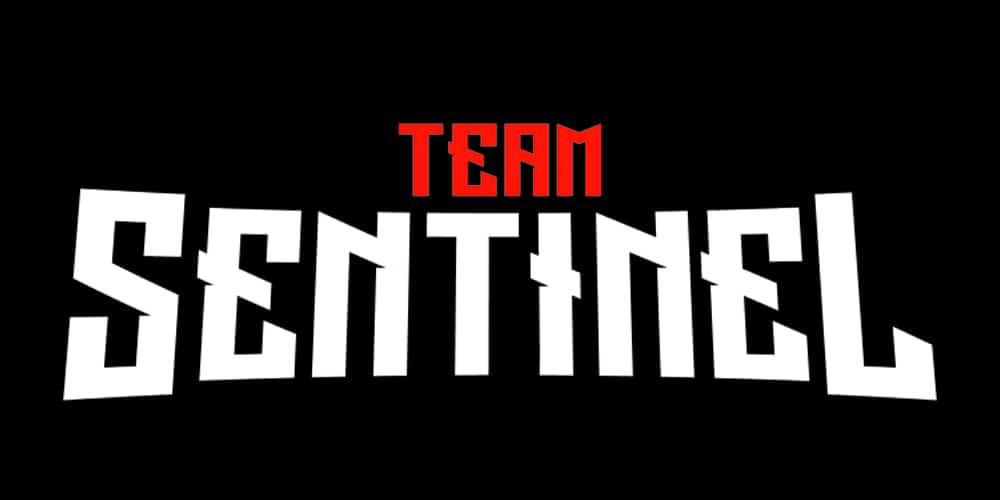 Sentinels are the second esports organization to obtain entry into the top 10 based exclusively on Fortnite, Sentinels reached at No. 9 on the back of Kyle “Bugha” Giersdorf. At the age of 16, Bugha won Solos at the Fortnite World Cup and secured $3M in winnings.

Sentinels get recognition here for being the organization that represented Bugha, but the real lesson here for esports organizations is that you can make a lot of money if you can discover the talent and target the game with the biggest prize pool. 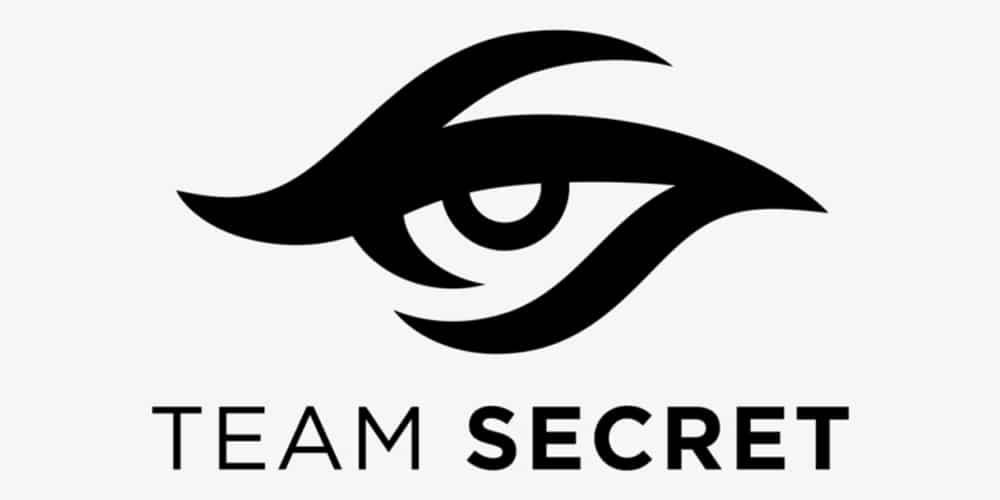 Team Secret is a Dota 2 powerhouse that climbed to number 8 earner in esports domain after having a strong showing and bagging $3.10 M during the course of the Dota2 season. The Dota 2 team picked up just over $2M by placing fourth at the International 2019.

However, the organization is eyeing to build winning prospects by forming teams in esports that do not have a high cost to run. It will have to rely on the Dota2 bank while they wait for the other esports teams to pay dividends. In addition, it has earned another $213K in 2019 from Rainbow 6, Apex Legends, Age of Empires, PUBG Mobile, and Age of Empires II teams. 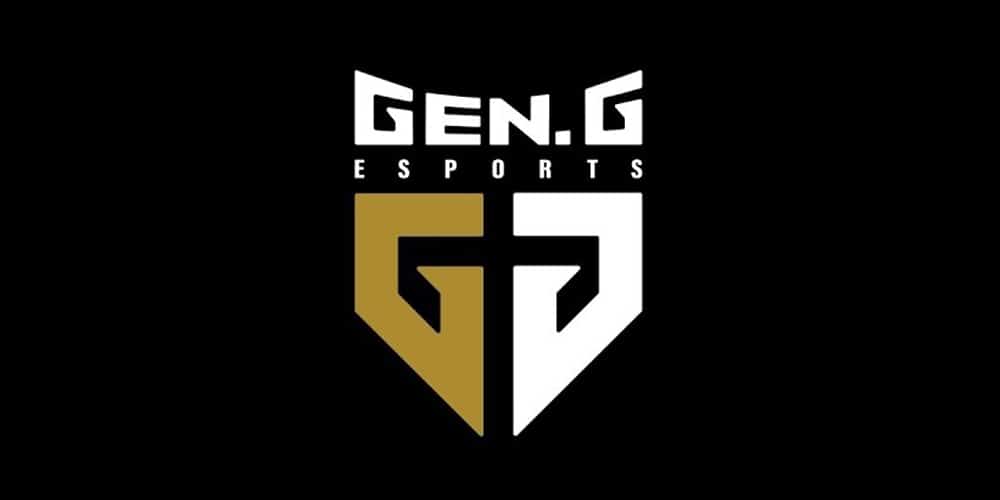 The PLAYERUNKNOWN’S BATTLEGROUNDS (PUBG) scene in 2019 was dominated by Gen.G. It won three major tournaments including the PUBG World Global Championship 2019 earning $2.28M. PUBG was so essential to the organization’s success in 2019 that the battle royale title winnings were approximately 94% of its total.

We will probably see a change in the prize distribution percentage in2020 as Gen.G has ventured in CS: GO scene. Gen.G is setting up a strong base for a championship-worthy CS: GO team by acquiring three of the former Cloud9 players, Timothy “automatic” Ta, Damian “daps” Steele, and Kenneth “koosta” Suen.

Gen.G has two stable income producers with the Seoul Dynasty (Overwatch League), and Gen.G which plays in the League Champions Korea (LCK). 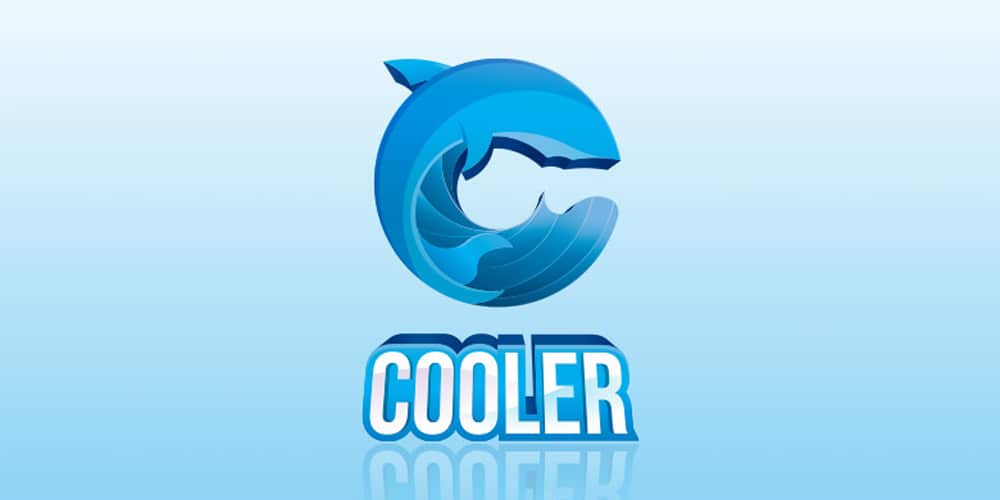 Cooler Esport is another little unknown esports organization that showed up out of nowhere and made it to the No. 6 spot in this year’s list based exclusively on its winnings from playing Fortnite. Emil “nyhrox” Bergquist Pedersen and David “aqua” Wang picked up $3 million by winning Duos at the Fortnite World Cup.

The way Epic Games and PUBG Corp are pumping up the esports prize pool ecosystem it makes complete sense for smaller organizations to swoop in and make profits.

Cooler is setting up an example that being a large organization is not essential for survival in esports. You just need to stick with one or two big prize pool esports titles and finish high. 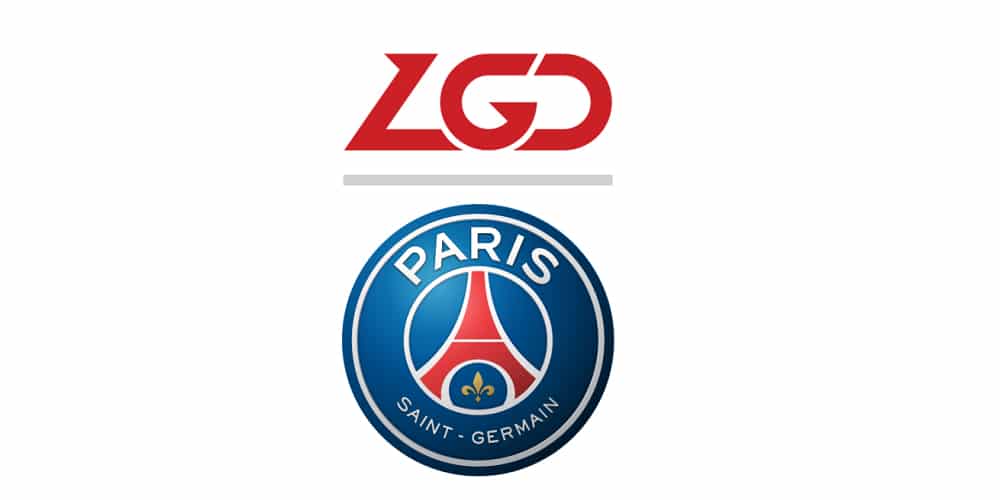 The first Chinese Dota 2 powerhouse to make the list, the PSG.LGD performed consistently throughout the Dota2 Professional Circuit 2019 and earned a total of $3.4M in winnings. Additionally, PSG.LGD FIFA Squad took home $37K.

PSG.LGD is another example of how games such as Dota 2, which offers a huge amount of prize money in the championship throughout the season, can have such a substantial effect on the ecosystem. 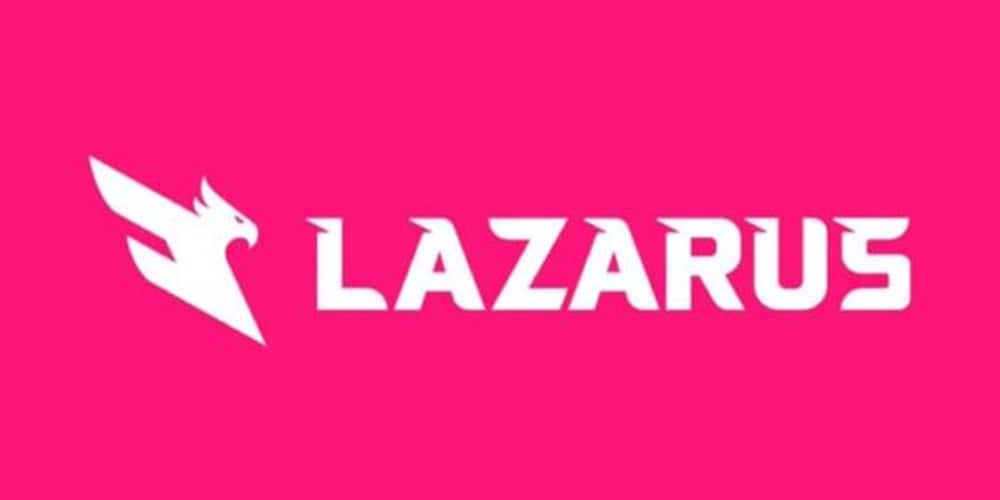 Previously known as SetToDestroyX, It is now rebranded and under new management. Lazarus organization depends on a business model that sees itself participate in a number of the smaller esports titles, in order to broaden its revenue stream. In 2019 it found a champion.

Six players representing Lazarus qualified for the Fortnite World Cup, it had six opportunities to place well in the tournament and secure a large chunk of winnings. Two of those players made it to the top.

They finished at a second and seventeenth place, respectively, in Duos at the Fortnite World Cup, Lazarus won $2.35M in prize money. Lazarus won another $1.3M by playing qualifiers and other Fortnite tournaments, putting the Canadian organization’s name on the map.

Lazarus has teams participating in CS: GO, Hearthstone, PUBG, and other tournaments. And it seems that the organization will have another thriving year if it can repeat its Fornite success and secure some wins in other esports.

In 2020, we will continue to develop and sign a diverse and fiercely competitive portfolio across the esports landscape in pursuit of being top 10 globally ranked. 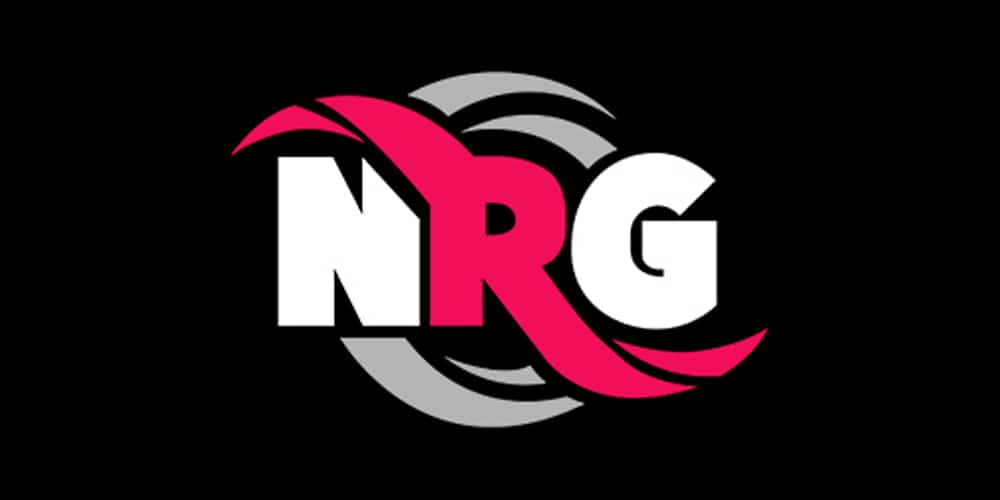 Talk about a big year, the previous year NRG had a total of $945K in prize winnings. This year NRG made it to the No. 3 spot on the list by earning $5.28M in various titles. NRG’s Overwatch team, The San Francisco Shock won the Overwatch league in 2019 earning $1.5M. On top of that, the organization bagged another $2.85M in Fortnite winnings.

Although NRG exited the CS: GO scene and sold its CS: GO roster to Evil Geniuses. The team added $368K to NRG’s total prize winnings this past year.

Rocket League and the Apex Legends teams contributed $379K and $124 respectively. With the $3M Apex Legends Global Series starting in 2020, as well as entering the Call of Duty League as the owner of the Chicago Huntsmen, NRG could see some pleasant gains.

NRG CEO, Andy Miller expressed his contentment with the organization’s achievements in 2019.

The year 2019 was a dream competitive year for NRG. All of our teams were at the top of their game-winning a ton of tournaments and claiming two world championships. Our Gaming GMs Jaime Cohenca and Chris Chung built amazing rosters around our true secret weapons, world-class coaches. 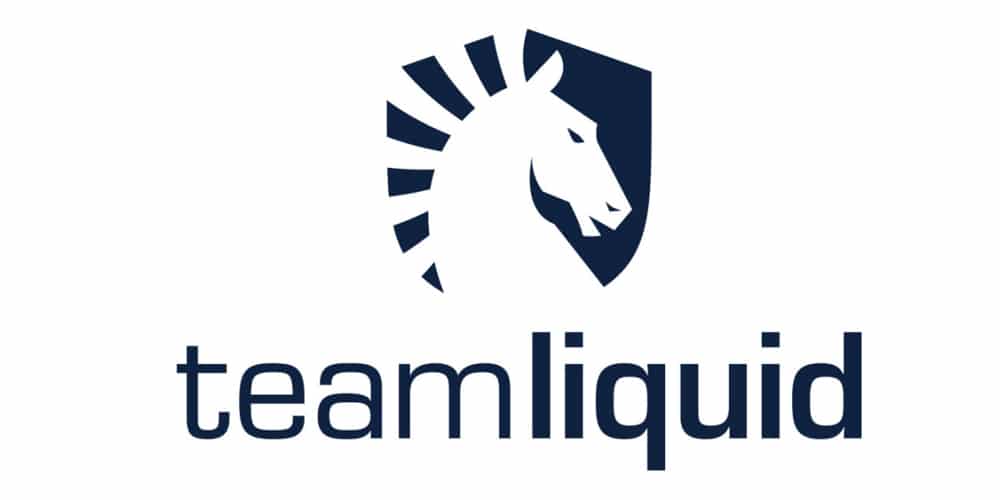 Team Liquid is a leading worldwide professional esports organization with teams in a lot of different esports. And when it comes to esports earning its portfolio is as diverse as its esports participation. The North American organization had a successful 2019 as it’s Dota 2, CS: GO, League of Legends, and Fortnite teams had a great season.

In 2019, Liquid’s Dota 2 team made $5.08M most of it by coming runner ups at The International 2019 where it took home $4.46M. Though, possibly the bigger story for Team Liquid was the accomplishment of its CS: GO squad, who was the highest-ranking team for most of the year according to HLTV.org.

The decision to bring in Jacky “Stewie2K” Yip and Keith “NAF” Markovic to Team Liquid’s CS: GO roster resulted fruitful in 2019 as it took home over $2.31M. Combining that with Team Liquid’s League of Legends contribution of $455K, Team Liquid had a successful year. 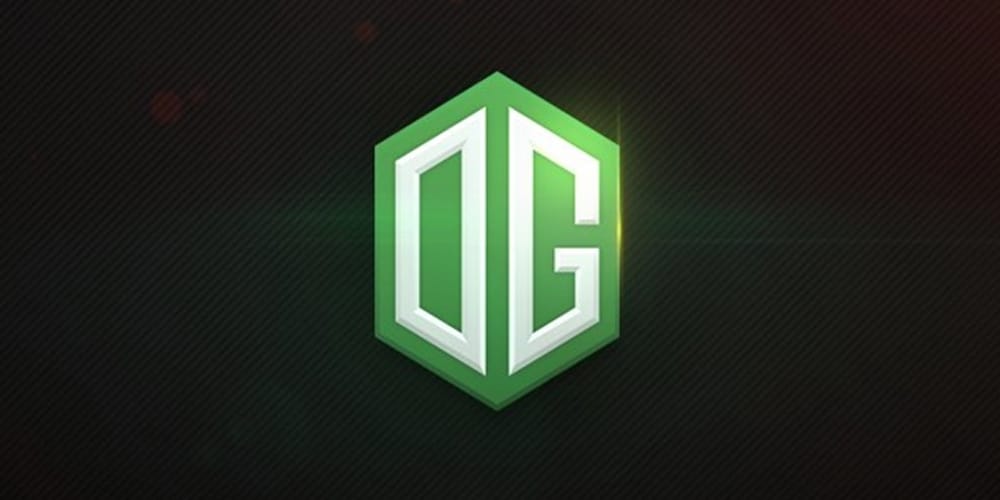 It should come as no surprise that the No. 1 team of 2019 in prize money is non-other than the Dota 2 The International 2019 Champions team OG. Team OG seized an astounding $15.81M after winning the biggest esports event by prize pool.

It was basically the organization’s entire 2019 winnings the other only being $900 brought in by Super Smash Bros. After winning TI9, all the five players of OG became the highest-earning players in the history of esports.

It is worth pointing out that OG also won the biggest tournament – The International – in 2018 as well, plummeting their networth through the roof.