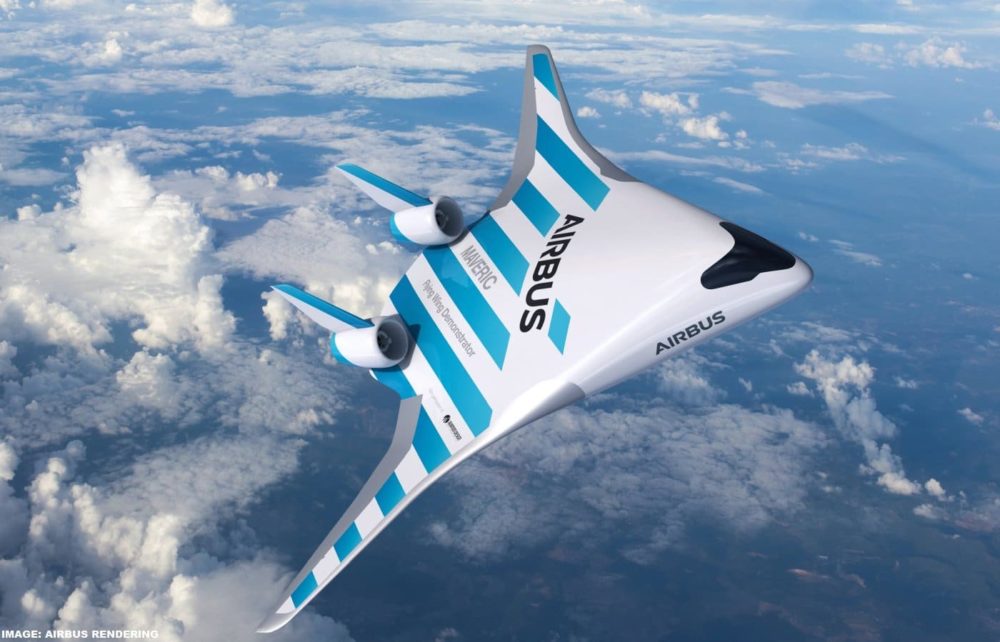 Airbus, after conducting various secret tests, has shown off a high-tech “blended wing” commercial aircraft that claims to curb fuel consumption by up to 20%.

This “blended wing body” demonstrator is called MAVERIC — which stands for Model Aircraft for Validation and Experimentation of Robust Innovative Controls – and in terms of dimensions, its two meters long and 3.2 meters wide.

The project was started back in 2017 with testing starting in June 2019 and the whole thing was under wraps till this month. As per Airbus, the new design will cut down on fuel consumption and creates new possibilities for cabin design.

Airbus is leveraging emerging technologies to pioneer the future of flight. By testing disruptive aircraft configurations, Airbus is able to evaluate their potential as viable future products.

Initially, many dismissed the MAVERIC project as merely a ‘hobby,’ or, in other words, a project Airbus wouldn’t learn very much from. So we had to prove them wrong by showing that we could deliver a very sound basis for future aircraft configuration.

Before we get all excited, it is important to know that tests will continue on MAVERIC until mid-2020 and Airbus says there’s no specific timeline for entry into service. Dumont said it “could be instrumental in bringing about change in commercial aircraft architectures for an environmentally sustainable future for the aviation industry.”