Pakistan State Oil (PSO), the leading oil marketing company of the country, convened its Board of Management (BoM) meeting at the PSO House in Karachi to review the performance of the company during first half of the financial year 2019-20.

Despite unfavourable market conditions in the industry and many challenges, PSO remained focused on re-gaining market share and volumetric growth, and outperformed the industry by an enormous margin. 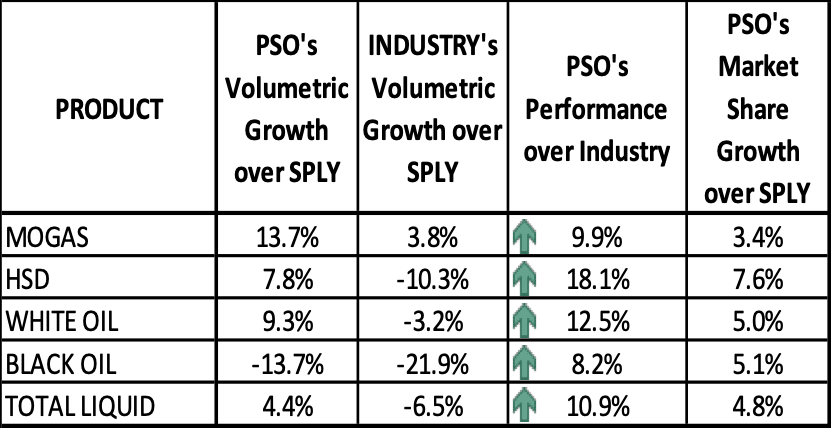 PSO managed to mitigate many of the negative economic impacts and strived to minimize the damage caused because of industry challenges.

PSO continued its focus on its strategic priorities and operational excellence in the current financial year through macro-economic challenges in the country, and successfully delivered strong profit after tax. (PAT) of Rs.6.4 billion in FY2019-20.

”These results were achieved through various customer-centric plans and by enhancing consumer experience and forecourt improvements,” said the company in a statement.

Earnings per share of the company was reported at Rs. 13.71 as compared with Rs. 9.05 posted last year.