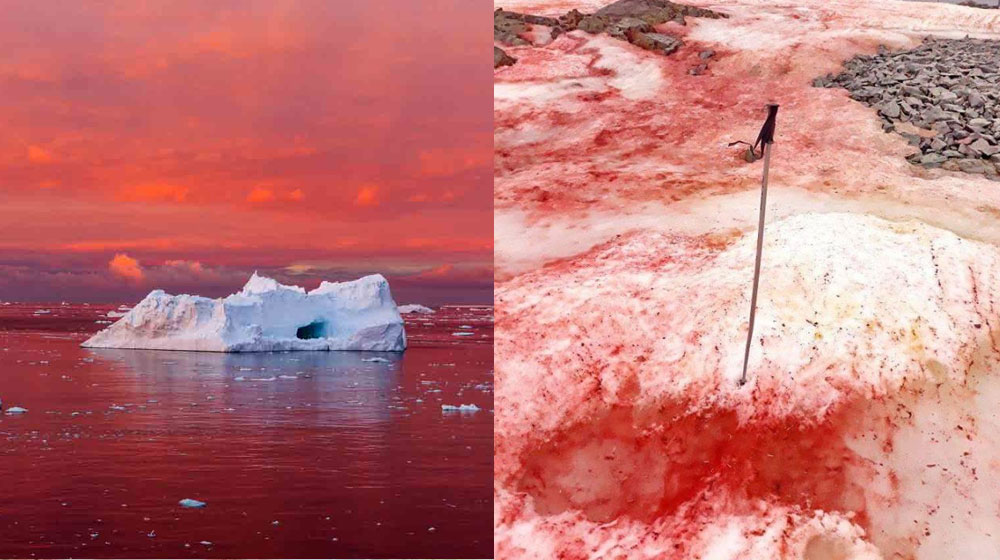 Snow turned blood-red is not something many of us like to see in Antarctica, or anywhere else, for that matter.

But, that is what the scientists have been experiencing for the last couple of weeks in the distant continent. As identified by a Ukraine’s Ministry of Science and Education, most part of the Antarctican Peninsula has turned watermelon-red.

The scientists believe that this raspberry snow, as they call it, is a type of red-pigmented alga called Chlamydomonas Chlamydomonas nivalis, which thrives in low temperatures and is found in snowfields around the world.

According to them, the ‘jam’ like algae spends winters in snow and ice lying dormant, but when the summers arrive, it blooms and turns watermelon-red.

The Ukrainian researchers believe that such snow is a clear indication of rapidly changing weather.

The brighter the algae, the higher the temperature, they added.