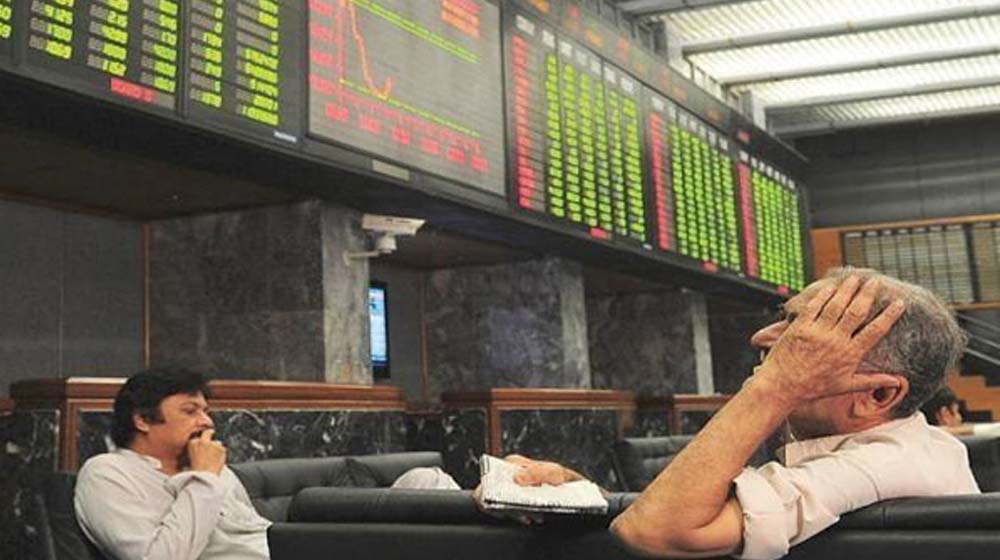 Another bloodbath was witnessed at the Pakistan Stock Exchange in a single week as the stocks took a hammering after the World Health Organisation declared the coronavirus a pandemic.

At the end of the day, the benchmark KSE-100 index was closed 1,716 points or 4.77 percent down to settle at 35,956 points. This was primarily due to the spread of Coronavirus around the world and drastic measures like barring of flights by the US from Europe. Resultantly, oil also fell 5-6%.

He noted that both of the above-mentioned reasons led to the fall in the market today.

The market saw an intra-day low of 1778 points on Thursday.

Globally, financial markets reeled as stocks dived and oil slumped after U.S. President Donald Trump took the dramatic step of banning travel from Europe to reduce the impact of the coronavirus, threatening more disruptions to trade and the world economy.

The pandemic has wreaked havoc on daily life of millions worldwide as it also dampened the investors sentiments, who opted to offload the stocks in different sectors across the board. Whereas the rupee’s depreciation against the US dollar after a period of stability also wreaked havoc at the bourse.

Today’s market plunge was exacerbated by fears of Coronavirus entrenching deeper in Pakistan and the potential economic impact of that on lower tax revenues and the government’s inability to deal with a pandemic. Globally, also the risk-off attitude increased owing to belated realization by the US government calling for inter-continental aviation routes. Soon, we would be hearing defaults globally. Pakistan is not immune to global trends. However, the falling oil prices negate most of the head-winds. It’s just about when the rate of Corona infection declines. He further maintained that growth stories are gaining massive traction.

The panic-induced selling led to a halt in trading activity for nearly 45 minutes as per the new PSX rules.

“The market halt is triggered as a standard protocol for risk management purposes,” stated a PSX press release.

“Market halt” procedure has been introduced by PSX as a front line regulator in line with international best practices and approved by SECP in PSX regulations in December of 2019. The action triggers when the KSE-30 index moves 4 % either way and remains there for 5 consecutive minutes.

The objective of introducing market halt is to safeguard investors and market participants during volatile markets. During this halt, trading in all securities remains temporarily suspended in order to ensure a cooling-off period and run a mark to market activity as a risk management measure.