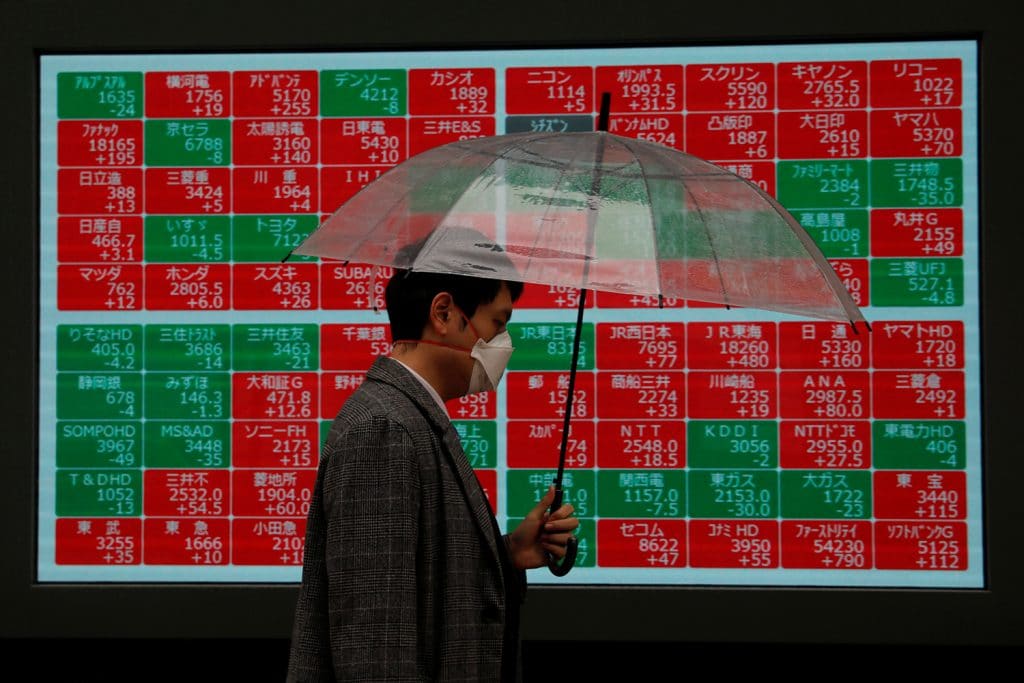 What seemed like just another disease has turned into a global pandemic and the world is reeling.

An interim economic assessment by OECD shows that the global GDP has dropped to 2.4 percent from what was already a non-spectacular 2.9 percent in 2019. This rapid downward trend will possibly continue for the 3rd quarter of 2020 or at least until the virus is completely eradicated.

How are various global industries doing meanwhile? Let’s have a look. 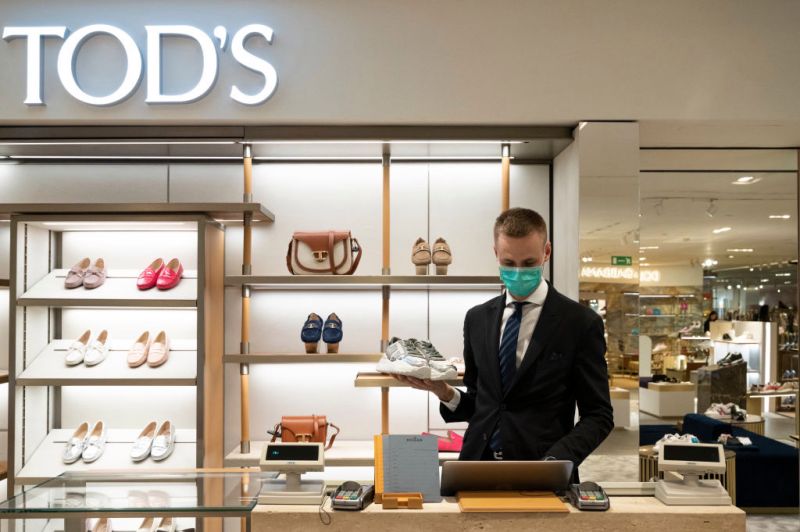 The commodities sector has had the worst aftermath due to the pandemic. The suspension of trade and commerce coupled with the shortage of commodities due to panic buying and general challenges on the logistics side of things has disrupted supply and demand.

These factors can be attributed to the major damper on the Chinese trade and commerce activities due to the Coronavirus pandemic. As a result, a large number of countries, especially the G20 economies, have been affected in an adverse fashion.

The oil sector was already in a tumultuous state with the ongoing price wars between Russia and Saudi Arabia initiated in the early March of 2020. The prices had already dropped by approximately 30% solely because of the rift between the two oil-producing giants.

However, due to the decrease in demand for oil with the COVID-19 outbreak on a global scale, the prices continue to plummet even further to an all-time low as the current situation stands. This is a matter of great concern for three economies in particular: USA, Saudi Arabia, and Russia.

Furthermore, the lockdown being observed around the globe to avoid the spread of the virus has also resulted in a near-complete paralysis of the shopping routine.

It is being reported that, as of 23rd March 2020, the number of people visiting shopping malls has been reduced by a whopping 30%. From shopping malls to hardware stores, all are being ordered by the governments to remain closed for the containment of the spread.

The said step is being taken to uphold health precautions such as social distancing but it has also caused revenues to drop.

It has been speculated by Dr. Panos Kouvelis, director of “The Boeing Center” at Washington University in St. Louis, that the entire world’s supply chain can end up taking a hit of over 300 billion dollars, which could take around 2 years to be restored.

If this really is the case, we have a long time of expensive grocery shopping ahead of us. 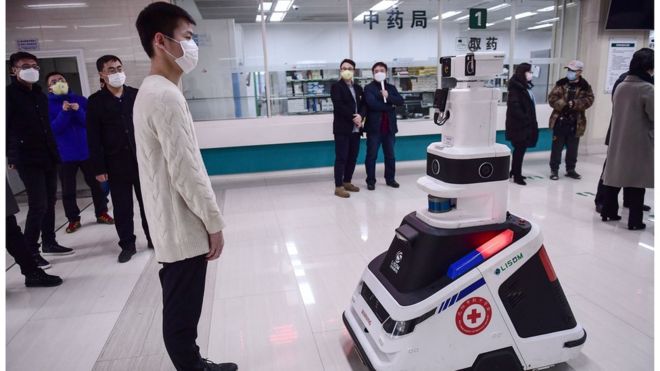 According to analysts, the consequences of the virus on the IT sector are “immediate, deep, and long-lasting” as stated in Tech, Media, & Telecom Trends 2020 research. All of the major projects, as per the reports, have been placed on hold and are likely to remain as such for the remainder of the year.

In their statement pertaining to the global pandemic crisis, Tech, Media, & Telecom Trends 2020 research also stated that “While there is a potential upside in most sectors, there is little optimism for IT services. With the world in lockdown, IT services staff cannot access their clients’ sites.

“Working remotely will cause significant issues, even for those staff in countries where there is respectable broadband connectivity for millions of home workers.” This implies that a large number of IT-based economies are now in for a tough resurgence phase ahead when hopefully the pandemic situation ends.

In other developments, leading aerospace entities such as NASA and European Space Agency have also had to cease their operations pertaining to the development of space equipment over the safety concerns of the working crew.

Aerospace projects are one of the important elements of a country’s economic prowess which implies all the more peril for the larger economies such as USA, Russia, UK, Germany etc.

Pakistan might be in for a particularly tough spell ahead as it has been reported that 89% of the IT companies in Pakistan are unsure of their employee retention in the coming 6 months.

This spells danger not only for the employees, but also for the economy as the IT industry was reportedly the 2nd largest exporter had shown a tremendous progress in the past few months. The current situation implies that a major contributor of revenue to the Pakistani economy could be at the brink of collapse. 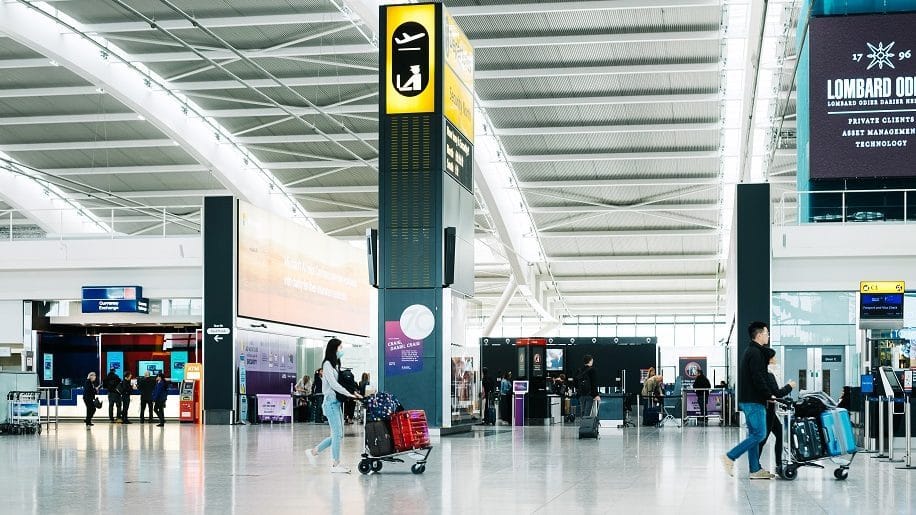 The travel sector is also one of the worst hit. With people being asked to stay indoors for their own safety, the roads, the subway stations, the metro stations, the airports, the bus stations, even the pedestrian tracks all around the world are almost completely deserted.

Most of the airlines all across the globe have suspended all international flights for the safety of the staff, the crew and the people. Also, it has been speculated by the International Air Transport Association that the global civil aviation sector is likely to suffer a loss between 63 and 113 billion dollars while some of them could very well go bankrupt amid the pandemic crisis.

Furthermore, hundreds of events across the world that host hundreds of thousands of people every year have either been cancelled or postponed, resulting in millions of dollars of losses in the travel sector across the globe.

Tourism industry has also taken a major hit with most of the tourist attractions having been shut down around the world. With the massive coronavirus outbreaks across various tourist hubs such as Italy, USA, Spain, Australia, France, UK, Malaysia, Thailand, UAE etc. the global tourism industry is in a complete state of stagnation at the moment.

Late last year and also in early 2020, Pakistan had begun garnering a fair amount of attention among the foreign travelers and entrepreneurs. A fair number of noteworthy travel and lifestyle forums started recognizing Pakistan as one of the most coveted travel destinations in the world.

But as fate would have it, all eyes are on the pandemic as of this moment. This doesn’t mean however that all hope is lost for Pakistani Tourism. Given the right marketing to business development tactics in this arena, tourists can be easily brought back to our homeland.

This is where the true horror story took place. Everything including commodities, bonds and stocks are amid a continued nosedive, leading many to declare the 2020 stock market crash as the worst financial meltdown since the great recession in 2008.

March 8, 2020 was the fateful day when the Dow Jones Industrial Average fell by 12.93%, which accounts for one of the largest single-point drops since the stock market crash of 1987.

Similarly, the situation appears to be quite bleak in the bond market. The smaller companies that were at the receiving end of financial aid from the larger companies in the form of bonds, are now dancing at the edge of their graves amid the collapse of the corporate debt bubble.

Pakistan Stock Exchange also fell victim to the global financial meltdown due to coronavirus. On March 16 2020, the PSX benchmark index saw the biggest single-day drop in history, falling by 2300 points. As per the reports, it was a panic-induced scenario as the traders started fearing for their well being and adopted a “dump-and-run” approach amidst the mass hysteria due to the virus outbreak in Pakistan.

The disturbance in the financial market has also resulted in major paralysis of the business markets and the startup ecosystems around the world, leaving another large proverbial dent on the world’s economy.

Needless to say that now would be a great time to have some sort of distraction to kill some of these dark moments in our lives. Much to our misfortune, the pandemic has also caused a vast majority of entertainment projects and avenues across the globe to completely shut down.

With safety of the general public as a premise, the movie theaters and cinemas have also been shut down, causing the movie industry to lose billions of dollars. Though, with a vast majority of people stuck at home, online streaming is starting to become a norm around the globe.

However, again in the interest of ensuring the well being of the on scene workers, both the actors and the crew included, more or less all of the entertainment projects, be those that involve live shooting, prerecording or even animation, have either been shut down completely or have been delayed.

Even the premiers of a good number of projects that are ready for screening, have also been cancelled owing to a low number of audience. It is being speculated that the Hollywood alone is likely to lose billions of dollars due to the postponement of major releases such as Onward, F9, Black Widow, A Quiet Place Sequel, Mulan etc. to name just a few.

On March 15th, the Hollywood weekend box office weighed in at $55.3 million, which is reported the lowest its been in 22 years. These losses being experienced by the showbiz around the world are only expected to get worse until the virus completely evaporates.

Where Do We Go From Here?

As the downward trend is actively occurring, fixed statistics are hard to find. But there is certainty in the fact that the COVID-19 pandemic has resulted in one of the worst economic slumps in history and on a global scale.

Also, it is hard to determine the reformative strategy as the virus continues to spread around the globe at a fierce rate. But, if there’s one thing that all of such historic events have in common, is that a pandemic of such a monumental magnitude requires efforts to reform the society similar to those that have been made after each world war.

However, there’s still a silver lining among the dark clouds of uncertainty looming over our heads. History is, again, the bearer of hope here as over the past year there have been many such pandemics, but none of them have been eternal and every time, the grit and tenacity of the entire human race has helped them get back up from calamities much worse than a, “flu on steroids.”

From an environmental stand point, it has been reported that owing to limited human activity outdoors due to total lockdown, the levels of nitrogen dioxide in the air have been lowered significantly, giving the people cleaner air to breathe.

Furthermore, the current circumstances are encouraging an efficiency based working dynamic. The techniques such as telecommuting and ‘Work From Home’ have stimulated a sense of ease and practicality among numerous employers.

This can also be helpful in saving valuable costs and resources. This way, people can work from the comfort of their home, keep a healthy work-life balance, as well as stay well both in terms of mental and physical health.

At the end of this economic tumble, evidently only the surface at the end of this COVID-19 crisis would break our fall. However, the gains in terms of environmental rejuvenation and care for humanity collectively, is all likely to help us all back up to our feet when these hard times are over.