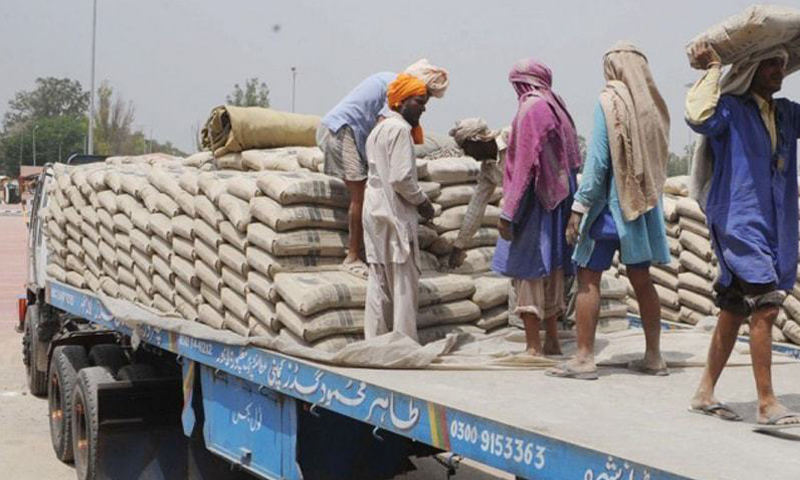 Cement makers saw a fast recovery in sales following ease in the lockdown. This was stated by Irfan Amanullah, senior general manager of Attock Cement during a webinar arranged by BMA Capital on Tuesday.

He noted that the effects of ongoing lockdown by provinces were visible in the industry as sales dropped significantly, especially in the Northern region.  However, immediately after the softening of lockdown, sales of cement on a per-day basis swiftly reverted to approximately 75% of pre-lockdown levels.

Sindh, on the other hand, had a stricter implementation of the lockdown due to which sales remain lackluster.

While talking about the construction package, he said that this is a very positive development for developers/builders and for the cement sector. The package could translate into additional cement demand of 2 million tons over the next two years.

He further stated that the cement prices are likely to remain weak on account of dull demand due to lockdown amid COVID-19 and lower activity in the upcoming month of Ramadan. “However, the same is likely to witness an upside given the recently announced construction package and progress on dam construction,” he said.

However, efficient measures taken by the cement players have made them profitable even at lower price levels.

Apart from domestic slowdown in sales, two major export markets namely Bangladesh and Sri-Lanka were also in a state of lockdown due to which exports suffered in the last two months. “The situation of lockdown will be important to determine the fate of cement dispatches in the near future,” said the official.

Having some of the lowest cement consumption per capita among peers, Pakistan’s cement demand has the potential to post significant growth in the long-term, stated Amanullah. However, the near-term trajectory of growth is likely to be the function of ongoing macroeconomic dynamics. Pakistan’s per capita consumption of 170 kgs is significantly less than the world average of 700 kgs per capita, he added.

The consumption in Pakistan lags behind even the regional average of 400 kgs per capita.

After the recent expansion cycle, the cement capacity of the industry currently stands at 69 million (MT) while the total demand is likely to clock in at 47 million (MT) for the year. The installed capacity of cement in Pakistan has tripled in the last 17 years. In terms of supply, Pakistan is now among the top 20 producers in the world.

Despite the recent wave of capacity expansions, the Southern region has witnessed better price discipline compared to the northern region. This improved pricing discipline has been mainly attributable to the exports to regional markets.

“If Pakistan’s cement demand continues to grow even at a conservative rate of 5% p.a., the capacity utilization level of the cement industry is projected to touch 92% level in FY26,” noted Irfan.

Exports have played a pivotal role in reducing excess supply in the market, said the official.

“This is true in the current scenario as well where albeit weak margins, exports continue to support domestic utilization levels in the Southern region,” noted Irfan.

Exports posted over 25% improvement during FY20TD mainly on the back of improving Clinker exports. Approx. 50% of the export volumes consisted of Clinker and a bulk of these exports were made to Sri-Lanka, Bangladesh, Kenya, Qatar, Tanzania, and Uganda, he added.

Furthermore, lower cement demand in the export market due to the COVID-19 pandemic is exerting pressure on the retention prices and the scenario is likely to persist in the near future.