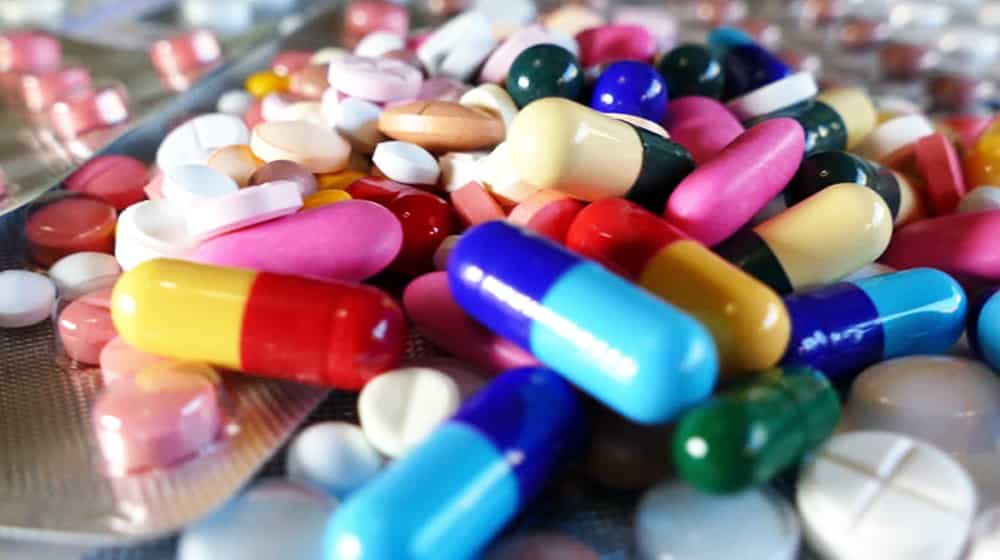 Drug-maker representatives have warned the federal government that any decision to discontinue the import of raw material of medicines from India will weaken the country’s ability to fight the coronavirus pandemic and will cause a shortage of essential medicines in the country.

Pakistan Pharmaceutical Manufacturers’ Association (PPMA), at a press conference, appealed to the federal government that it should continue with the existing arrangements to import raw material for drugs from India.

Pakistan has a very high dependence on Indian raw material for manufacturing drugs, the government must not ban its import otherwise there would be a 50% reduction in drug production. The situation will not only cause a shortage of drugs and increase their prices but also weaken the country’s capability to fight COVID-19.

Syed Farooq Bukhari, PPMA’s senior vice chairman, said that the import of pharmaceutical raw material from India or from any other country is done under a well-regulated regime being overseen by the Drug Regulatory Authority of Pakistan and other relevant state agencies.

We are in a virtual state of war against COVID-19 whose cases have been on the rise in Pakistan, and the pharmaceutical industry is the backbone of the national apparatus put in place to fight the menace of coronavirus.

Bukhari said that input from the pharmaceutical industry should remain readily available to the drug manufacturers so there is no shortage of essential medicine in the country during the current health emergency.

From day one of the coronavirus lockdown in the country, the pharmaceutical industry has been doing its best to continue with its production so that there is no shortage of medicines during the ongoing health crisis.

Pakistan suspended all bilateral trade with India in August 2019. However, the government later allowed imports of therapeutic drugs of Indian origin.

Bukhari said there was also the chance of the emergence of a black market for medicine if the regular import of raw material from India is discontinued.

Syed Farooq Bukhari said that the import of pharmaceutical raw material from India or from any other country is done under a well-regulated regime being overseen by the Drug Reg­ulatory Authority of Pakistan and other relevant state agencies.

Former central chairmen of the PPMA Dr. Kaiser Waheed emphasized that 95% of drugs are manufactured with the help of imported raw material in which Indian share is almost 50% while the rest is covered by China and some European countries.

Very few medicines are imported in finished form from India which includes vaccines, he noted.