The name Ampere has been floating around for quite some time already, but we finally have official confirmation that the new architecture is, along with our first details. The first GPU using the new architecture is called the Nvidia A100, which is now in full production and is shipping to customers worldwide.

With the new design breakthrough, the A100 brings the company’s biggest leap in performance to date with a boost of up to 20x over its predecessors. It is a universal machine learning accelerator that is also built for scientific computing, data analytics, cloud graphics, etc. 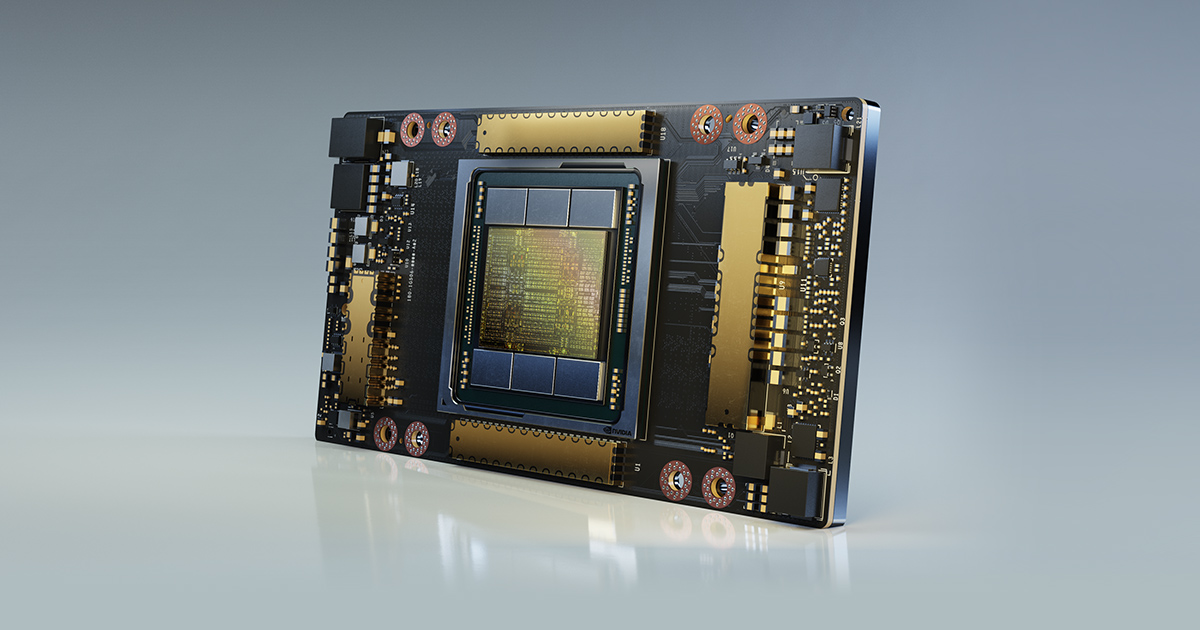 It has over 54 billion transistors that make it the world’s largest 7nm processor. It boasts one of the fastest memory speeds with 1.6 terabytes per second (TB/sec) bandwidth, a 67% increase over the previous generation (Volta). There is also more on-chip memory including a 40MB level 2 cache which is 7x larger than Volta.

Nvidia’s commonly used Tensor Cores are also more flexible, faster, and easy to use now. The new Tensor Cores include TF32 which allows for a 20x performance boost in AI without any changes in the code. The cores also support FP64, which delivers up to 2.5x more computing performance than previous generations.

The A100 is equipped with a Multi-instance GPU, a technical feature that allows a single GPU to be partitioned into seven separate GPUs to deliver varying degrees of computing for jobs of different sizes.

On the other hand, the third generation Nvidia NVLink interconnect technology allows multiple A100 GPUs to act as one GPU and doubles their interconnectivity to undertake larger tasks.

These new features and improvements make the Ampere based A100 GPU ideal for diverse and demanding workloads.

Nvidia has already partnered up with Google, Microsoft, Amazon, Tencent, Baidu, and many others to bring the new Ampere technology to the public cloud as soon as possible.