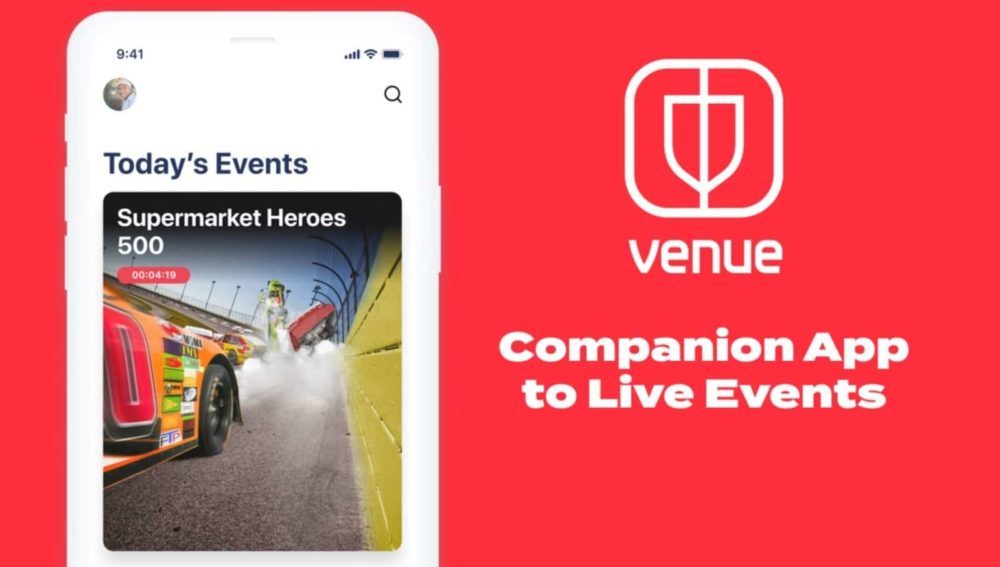 With the booming popularity of online events caused by the pandemic, Facebook is looking to take advantage of that with its newest app called Venue. The aim of which is to make things easier for people looking to catch live events online.

Similar to Twitter, Venue will provide an interactive second-screen experience for live events to “bring passionate fans and expert commentators together to experience live events in a new interactive way.” It officially kicked off yesterday with a NASCAR racing event.

Facebook notes that second screening is becoming increasingly popular among fans, with almost 94% of viewers keeping their phones in their hands while watching TV. With Venue, people will be able to split their attention between their phones and the event itself. 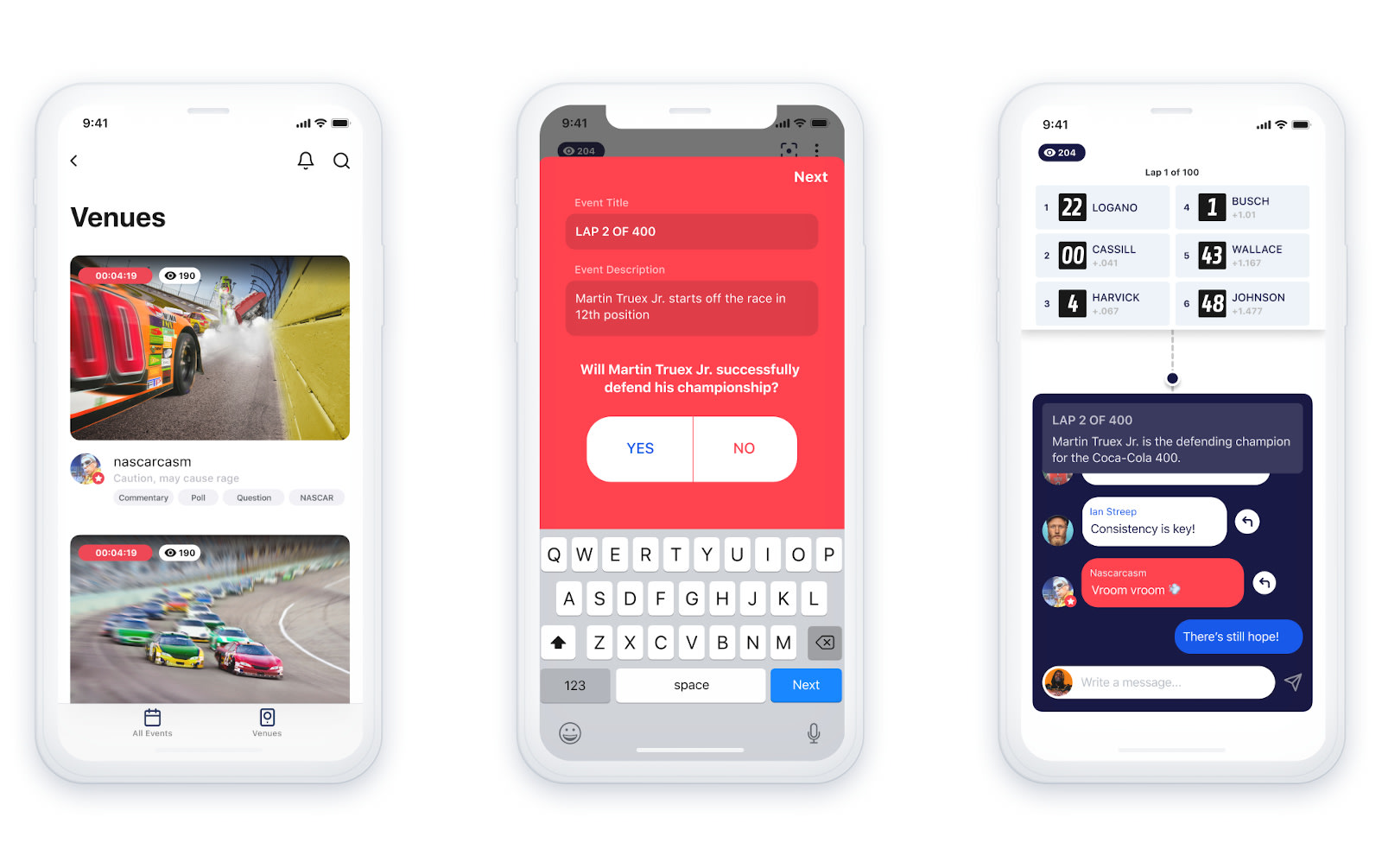 While the live event is happening, the app provides interactive actions, questions, polls, and even live chat in certain moments. Unlike Twitch, Venue isn’t a platform to host events, it only serves as a space for people to talk and interact with each other as the event takes place.

People will also be notified when a new “Moment” is created so they can hop in and out of the Venue as they please. Fans will also be able to search for exact events without scrolling and directly go to the Moments everyone is reacting to.

So today during the race at @BMSupdates we’re trying this cool new thing with this cool new app called Venue – available for IOS and Android. Download and I’ll see you all on there right before the green flag! #NASCAR pic.twitter.com/mxwgVJMciw

This is the third app launched by Facebook within a week. The first was a video creation app created to take on TikTok and the second for voice-only group calls.