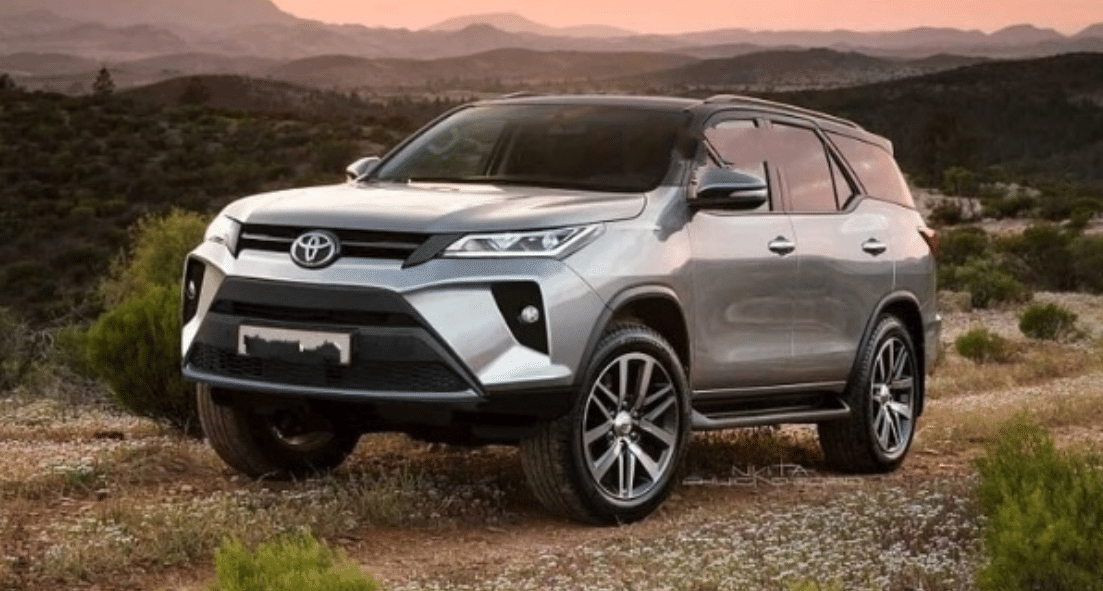 The Fortuner and Hilux Revolution A.K.A. Revo, are two of the most popular vehicles not just in the Toyota lineup, or in Pakistan, but in every market. The two are fairly modern, reliable and highly capable both on and off the road. Which is why, particularly in the Pakistani Automotive market, they are the ultimate SUV for those who can afford them.

The two vehicles are set to be revealed in Thailand, and if we’re lucky, we should get them in the Pakistani Market as well. Now without further ado, let us look at these new trucks one by one.

The name Hilux has become synonymous with the notion of being the “Boss” in Pakistan. Toyota seems to understand it, oddly enough, which is why the latest Hilux Revo will feature an even angrier front end with a new front bumber design, bigger and chunkier front grill, sharper and more modern headlights, and optional fog-lights.

Move around to the rear and you’ll see that not much has changed, except for the rear headlights that, although are quite similar in design, feature a darker red tint to appear more aggressive. Plus, the bumper has been blackened in an attempt to add to the overall ruggedness, or just maybe as a cost cutting measure.

As of right now there are no photos of the interior, but that is probably because it is already being reported that it is nearly identical to the current version of Revo, with only a few minor visual updates.

Coming in at the middle heavy-weight category, is the Toyota Fortuner that has been quite popular among the more family oriented audience. Toyota has given this seven-seat family hauler a slight makeover as well, with cosmetic changes such as an attention grabbing front bumper, a sleeker front grill, sharper headlights with DRLs and of course, the all important blinding optional fog-lights.

On the rear, again, not much has changed, except for a little bit of dark tinting arount the edges of the tail-light, slightly more detailed rear bumper and quite large, chiseled L-shape reflectors on both corners. The roof and the pillars have been blackened to give the truck a slightly updated overall appearance as well.

As of right now, there is no official word on when we might see these facelifts in Pakistan. However, speculations are being made that they are likely to be revealed later this year or earlier next year in Pakistan. Let’s hope the reveal comes sooner rather than later.