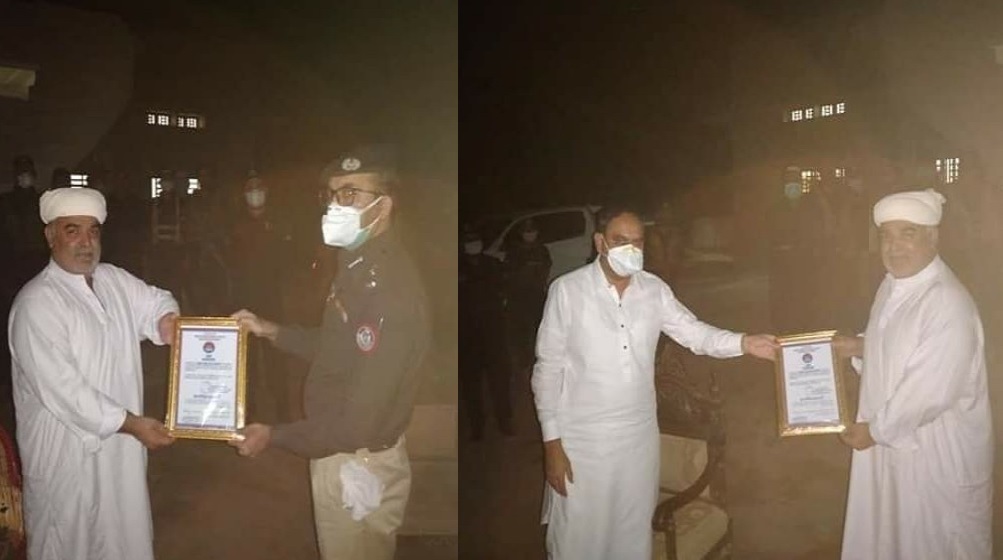 Earlier this month, SSP Kashmore-Kandhkot, Asad Raza (L), and SSP Shikarpur, Kamran Nawaz Panjotha (R), were pictured with Teghani, handing over certificates of acknowledgment to the latter for his role in establishing peace in areas under his influence.

After the images went viral, Rao Ahmad Shafi, son of Rao Shafiullah, the DSP martyred by Teghani’s men, sent a letter to the Supreme Court, Sindh High Court, and Sindh Police Department, narrating the grief caused by the act of the two SSPs.

Ahmad’s letter reportedly prompted DIG Larkana and IG Sindh to take notice of the matter and seek an explanation from officers in question.

As per sources, IG Mushtaq Mahar grilled both the SSPs while inquiring about the apparent efforts of Teghani in upholding law and order, for which he was given the peace award.

Meanwhile, DIG Larkana asked both officers to conduct a wide-scale operation against criminal elements in the “Kacha area” rather than wasting their time on futile photo ops.

Chief Minister Sindh, Syed Murad Ali Shah, has also been irked by the act of the SSPs. CM Sindh is reportedly mulling over stripping both officers from their ranks as their act has once again pained the family of the martyred DSP Rao Shafiullah.