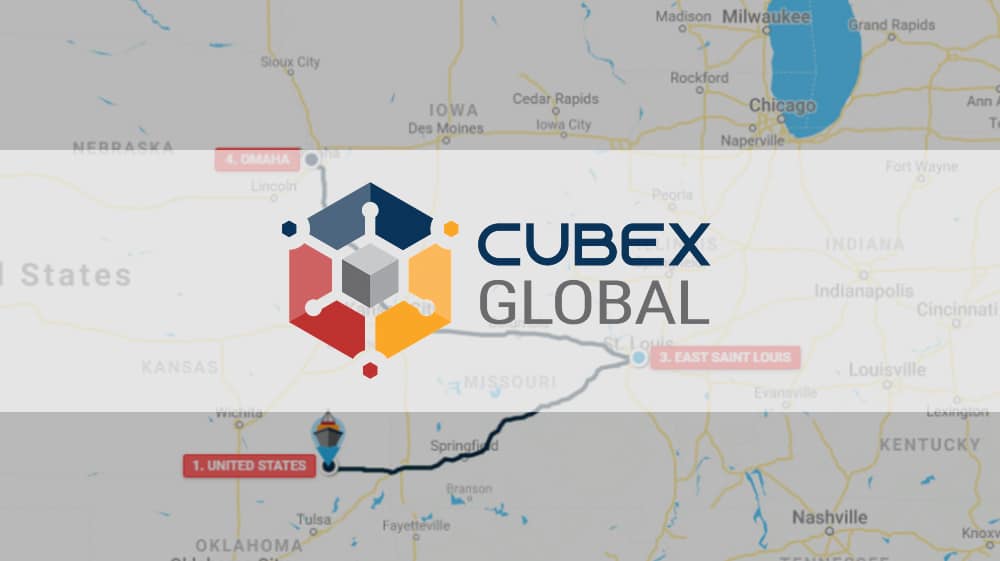 The startup recently won the World Economic Forum’s coveted Ocean Innovation Award, a competition for innovations that protect the oceans and have a massive impact.

With its state-of-the-art blockchain solution to significantly reduce global shipping carbon emissions, Cubex Global beat 50 startups of the competition representing 15 countries to champion the UpLink: Ocean Solutions Sprint and bag the Ocean Innovation Award. Over 300 companies had applied to take part in the challenge.

Even in today’s digital world, sea freight has huge gaps that result in a massive loss to oceans’ ecosystems and shippers’ revenues. Every year, 100 million shipping containers cross the ocean almost empty, producing 280 million tons of carbon emissions, and losing $25 billion a year in revenue.

Despite knowing that sharing a container is a cheaper alternative, the exporters of small loads have been unable to do so. As the business still largely operates on phones, fax, and email, it becomes hard for shippers to spot spare spaces for their cargo.

Cubex Global came up with the idea to spot and sell those unused spaces in shipping containers securely using a real-time, blockchain-enabled online marketplace. It aims to fully optimize the 790 million containers shipped every year to increase efficiency and cut down on emissions.

The World Economic Forum’s Ocean Solutions Sprint aimed to respond to the most pressing challenges facing the ocean today and speed up progress being made towards SDG-14: Life Below Water. The Sprint was a pioneering cohort of WEF’s UpLink platform.

It initially sourced almost 50 promising entrepreneurial solutions from more than 15 countries, followed by Top 11, semi-finals, and final stages. The final pitch event happened on 1st June during WFE’s closed event ‘Virtual Ocean Dialogues 2020’ with a notable panel of judges where Cubex Global was declared as the winner of the Ocean Innovation Award.

The goal of Cubex Global’s award-winning solution is simple: to cut down on carbon emissions, increase ocean freight revenues and optimize shipping container space at the same time.

“By using containers to their full capacity, we can cut global shipping emissions by a fifth,” said Cubex Global. “This would also help the industry meet its target of 50% carbon emissions reductions by 2050,” Sheikh Ahsan Tariq (CEO, Cubex Global) added.

Since its launch in October 2019, the Cubex platform has traded 5,100 shipments in amounts exceeding $200,000. In addition to the recent $1 million funding, the company had also received $100,000 from Oman Technology Fund in the pre-seed round of funding in December 2019. They are currently raising their series A round of funding.