Pakistan yesterday reported lowest single day cases since June as 3,892 new cases were reported from across the country.

All models are turning out to be wrong, that had projected a ugly June and July for coronavirus in Pakistan, as the number of cases have declined significantly.

Epidemiologists are saying that something is off as such decline in cases isn’t logical to them. We are also surprised at such down-ward trend, and that too such soon.

We are hoping that this decline in cases is not due to back-log, or under-reporting or because patients aren’t turning up at hospitals to get tested, and that this is actual and natural decline in new cases.

For context, yesterday for instance, daily new cases grew just 2.1%, which is lowest since the outbreak emerged in Pakistan during late February. This day on day growth was 2.17% a day earlier, which further declined to 2.1% yesterday.

Number of tests, by the way, also declined to around 23K, down from 31K tests that we had been doing last week.

Authorities say they are testing all suspected cases (those who are in contact with positive cases and any other symptomatic cases), and because number of suspected cases are dropping, hence the lower number of daily tests.

More on stats in below table and graphs: 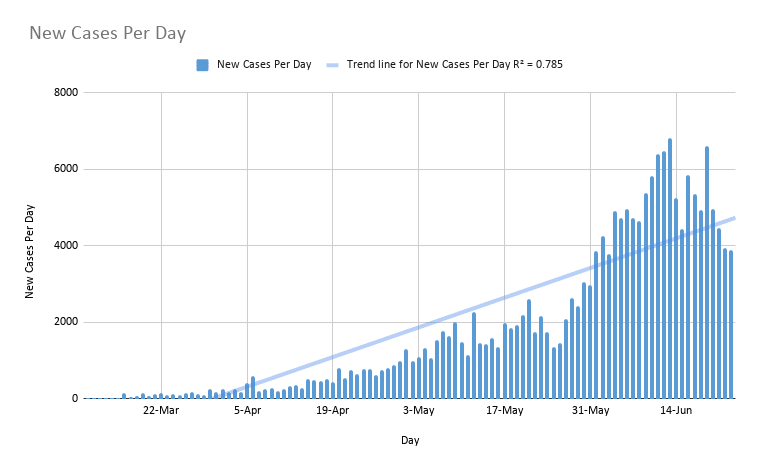 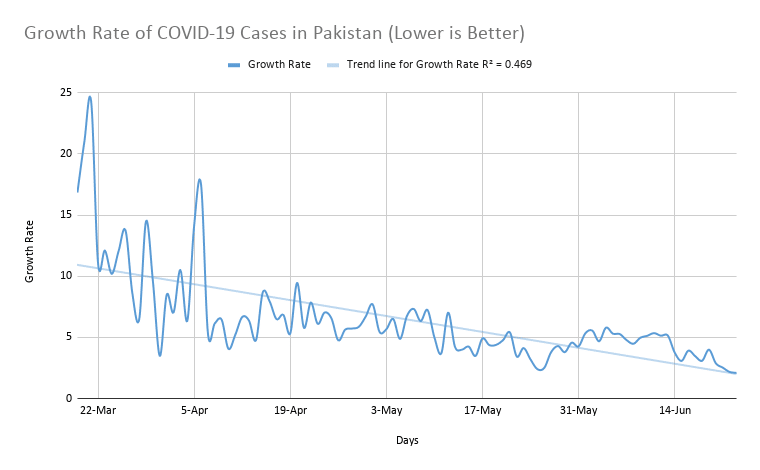 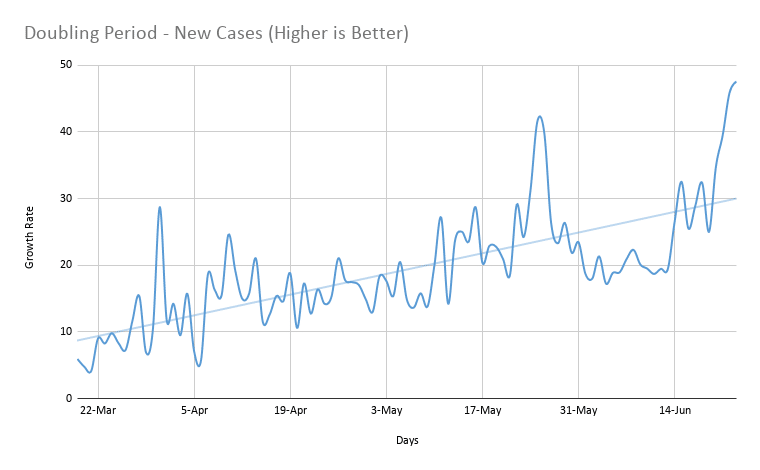 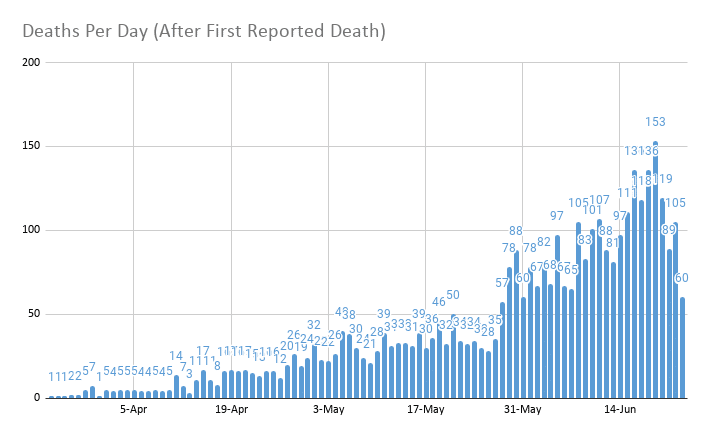 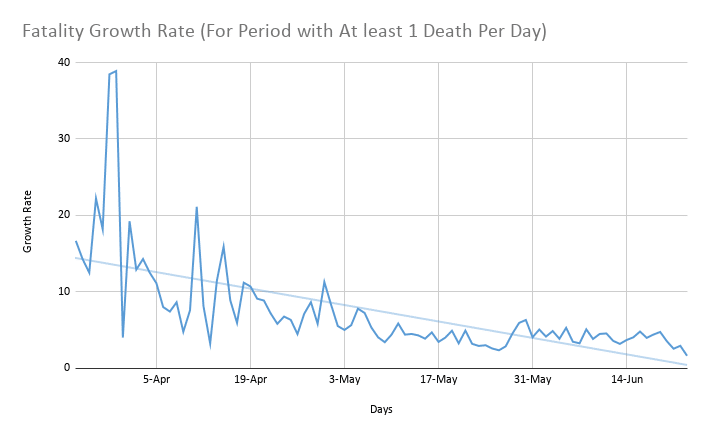 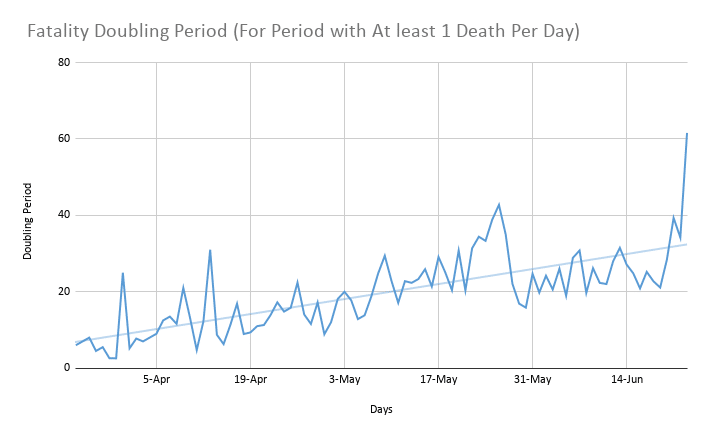 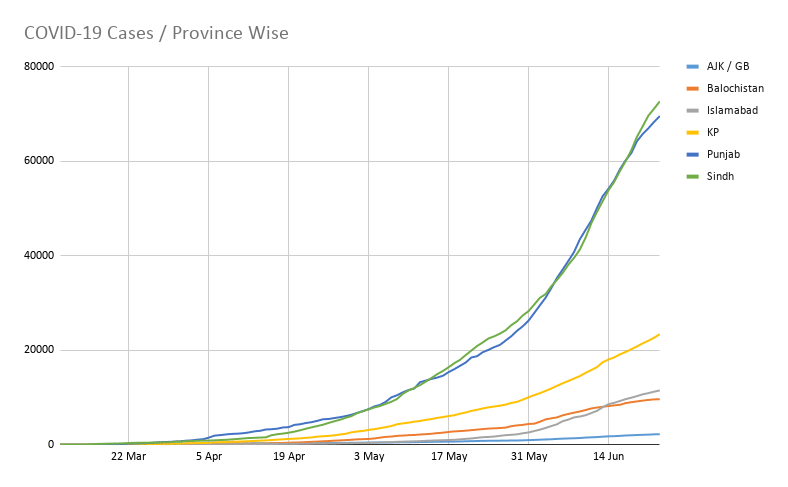 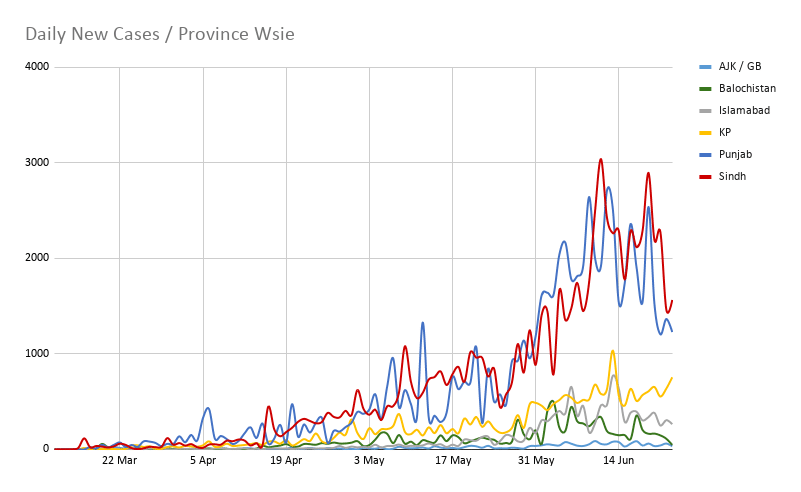 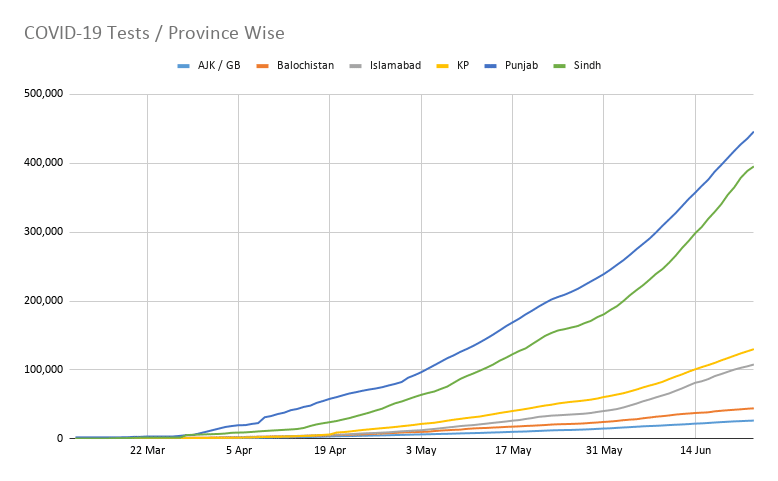 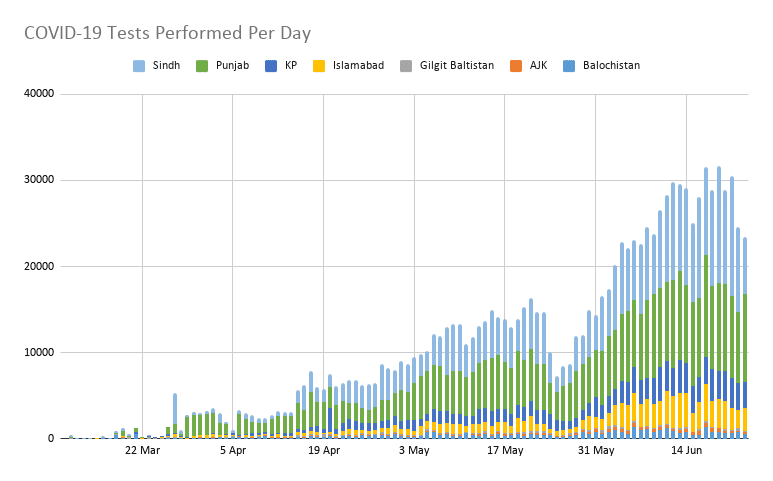