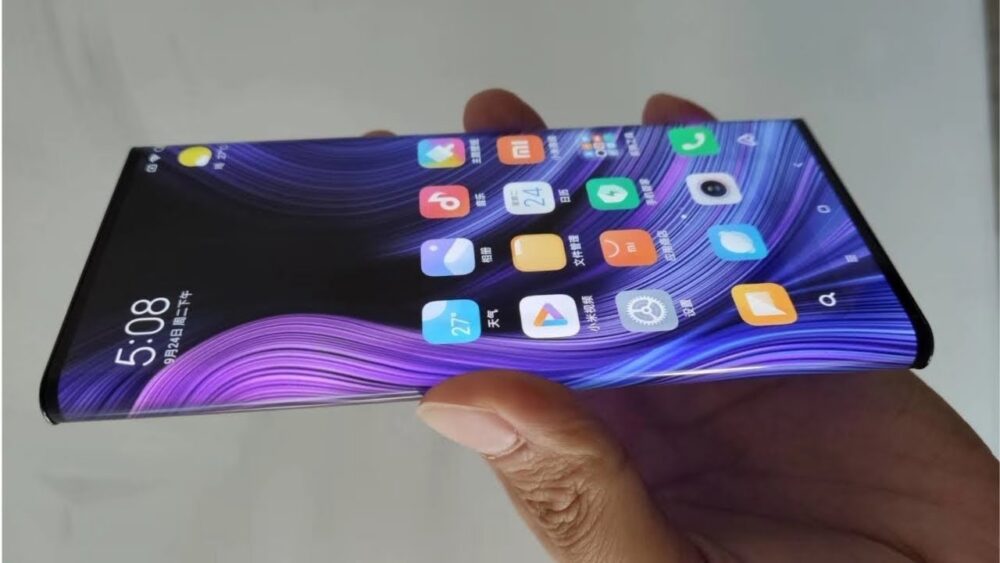 The Xiaomi Mi Mix Alpha was unveiled last year as a concept phone with a screen wrapped around its body. Although it is yet to go on sale, it appears that the company is working on something similar already.

Xiaomi has patented a new all-around screen design, but this time it has a humongous camera sensor at the back instead of a strip. The patent was filed back in January but was only published yesterday. It was uncovered by LetsGoDigital and as always, they also created rendered images out of the illustrations. The phone will have a giant 108MP camera sensor with a zoom lens. Xiaomi is calling it the “AI Super Camera”. The pictures show the same phone with two different designs, one with black color and the other with a translucent back similar to the Mi 8/Mi 9 explorer edition.

The phone only has one physical key for the power button. The bottom is lined up with a USB Type C port, primary microphone, and speakers while the secondary mic is at the top. Zooming in on the image reveals a handful of other details. The text around the camera says that it’s a 5G phone and that there is going to be “AI Super Camera”, “108MP Mega Sensor Zoom Lens F/2.0 – 5.0”, “AI GPU”, “Memory”, “MIUI”, “Designed By Xiaomi”, and “Always believe something wonderful is about to happen”.

As always, it is unknown whether this concept will ever make it into production. Even if it does, it is highly likely not going to be available for purchase like the Mi Mix Alpha.

Still, it’s an interesting concept and it’s good to see that some companies are still looking for ways to innovate smartphone design.