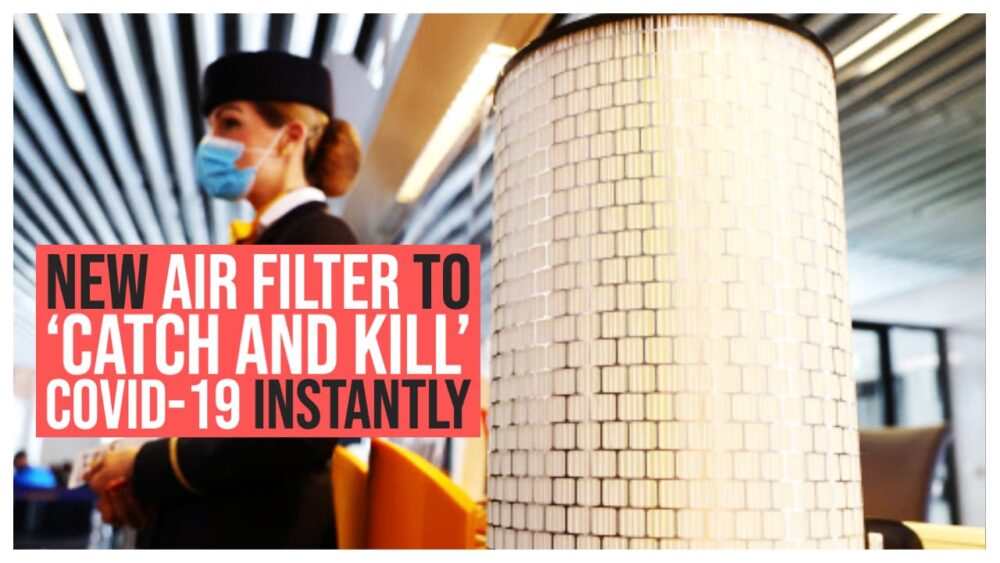 Scientists at the University of Houston have developed a “catch and kill” air filter that is 99% effective at nullifying COVID-19.

The research team lead by Zhifeng Ren, director of the Texas Center for Superconductivity at UH, published a study in the journal Materials Today Physics. This study discovered that 99.8% of COVID-19 can be killed with a single pass through of an air filter made using commercially available nickel heated at 200C.

This air filter was also able to kill 99.9% of anthrax spores in testing.

The researchers knew that the virus cannot withstand temperatures above 70C, so they made the filter hot enough (200C) to eliminate the virus instantly. Ren suggested using nickel since it was a perfect fit for the job. It is porous, allowing for airflow, and is an electrical conductor as well, allowing it to be heated.

However, nickel foam has low resistance, making it difficult to raise the temperature too much. The scientists solved this by folding the foam and connecting different compartments with electrical wires to increase the resistance just enough for it to withstand temperatures up to 250C.

By heating the nickel foam electrically instead of an external source allowed the researchers to minimize heat losses. This allowed the air conditioning to function with minimal strain.

A prototype was successfully tested at Ren’s lab and he was satisfied that the air filter met the needs of conventional heating and ventilation systems. This would not only help frontline workers in essential industries but would also allow non-essential workers to go back to their public workspaces.