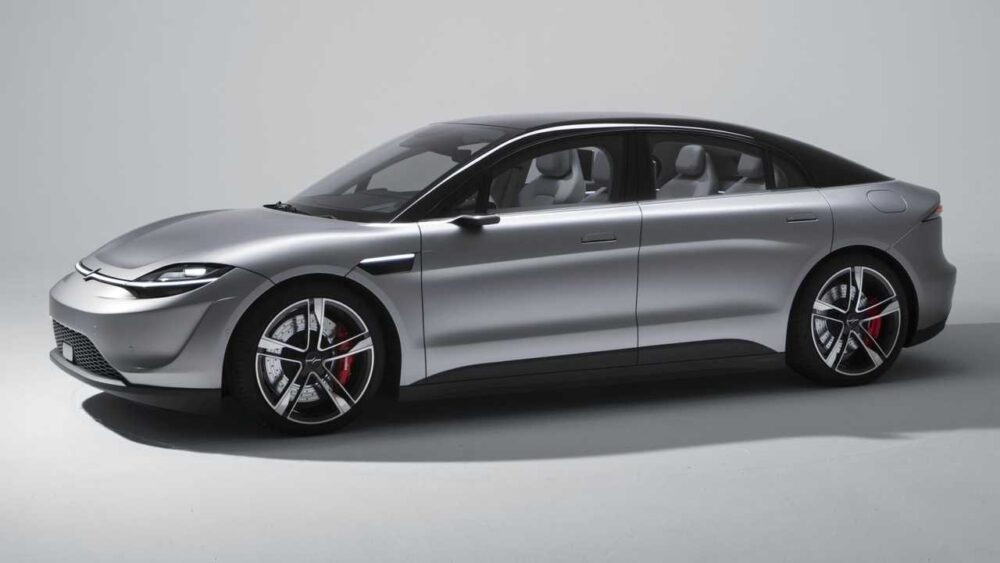 The automotive industry is becoming so advanced so quickly that the cars are now very often referred to as computers on wheels. The electronic safety features, comfort features, driver aids, infotainment systems and many other features are now becoming “digitally smart” day by day, enabling the tech companies to become involved in the automotive industry more than ever before.

But funnily enough, no computer or electronics manufacturer has ever dared to come forward and try their hand at making their own car in the age of electric vehicles (EV). That is until Sony decided to come forth with their proposition for the automotive world.

At the 2020 international CES in Las Vegas, Sony debuted their new Vision-S EV, which is a fully-electric concept sedan that is reportedly designed in collaboration with several automotive parts manufacturers such as Magna International, Continental AG, Elektrobit and Benteler/Bosch.

Almost overflowing with modern tech, the car is reportedly completely autonomized, owing to features such as Sony’s always-on connectivity with 33 sensors and a COS-MOS, Solid State LiDAR sensors, radar, and time-of-flight cameras.

The interior is a festival of tech-features, as one would expect from Sony, complete with a panoramic touchscreen dashboard that is linked to Sony’s 360 Reality Audio.

Reports suggest that Sony wasn’t planning to bring the car out for the public. However, the car has generated enough of a buzz to motivate Sony to start working on a prototype for actual road testing.

“The vehicle has arrived in Tokyo for advancing our sensing and audio technologies. The prototype vehicle is also currently under development for public road testing this fiscal year.” Sony said in the description section of the car’s Youtube Video.

The global automotive industry is becoming a fascinating place, with the arrival of new, sometimes absurd vehicles with groundbreaking technology that redefines what we believe to be possible. With these amazing new arrivals, are truly entering a brand new era that is actively taking us through a massive perceptual and behavioral paradigm shift.