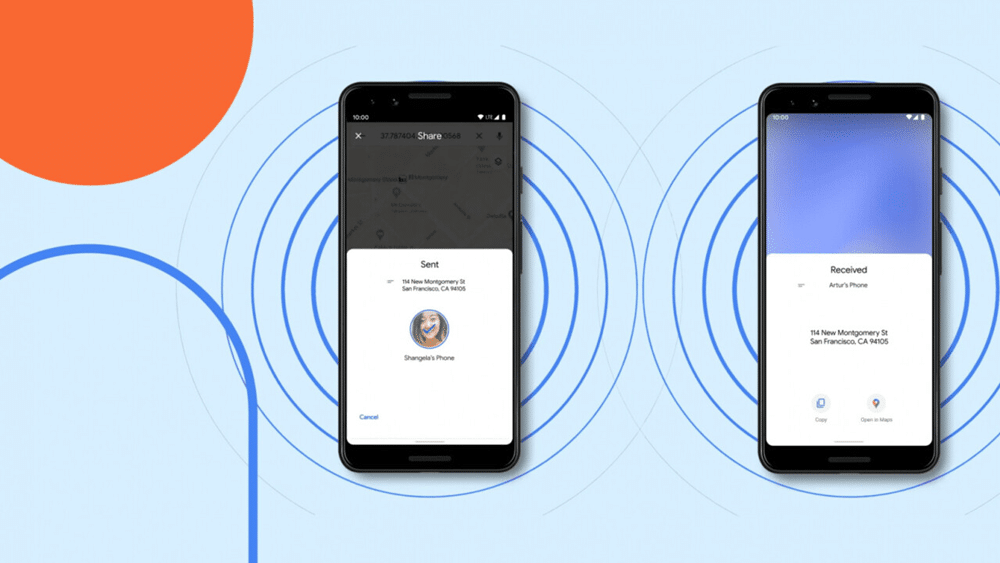 After months of testing, Google is finally rolling out its Apple AirDrop-like nearby file sharing feature for Android. Although there are plenty of third-party applications that did not let Android users miss out on getting Airdrop like functionality, the lack of first party support and data privacy was always there.

Nearby share, on the other hand, is a manufacturer-specific built-in feature that can be used by all Android devices running on Android 6.0 and up without having to install an application. The feature allows users to share files, photos, and links between devices easily, and automatically select the best way to send data similar to AirDrop.

As far as data security and privacy are concerned, according to Google, before sharing a file, both receiver and sender information is fully encrypted. Moreover, Users can customize their visibility settings as well. This means they can either make their device visible to all Android handsets in a range or select a few devices under their contacts for file sharing.

The best part is, this feature will not be handset specific. Google has announced that nearby share will be coming to more operating systems starting with Chromebooks in a few months. Hence, users will be able to share data between Android and Chromebooks as well.

The new feature is being rolled out today and will be initially available on select Google Pixel and Samsung devices. Other devices will get nearby share in the coming weeks.