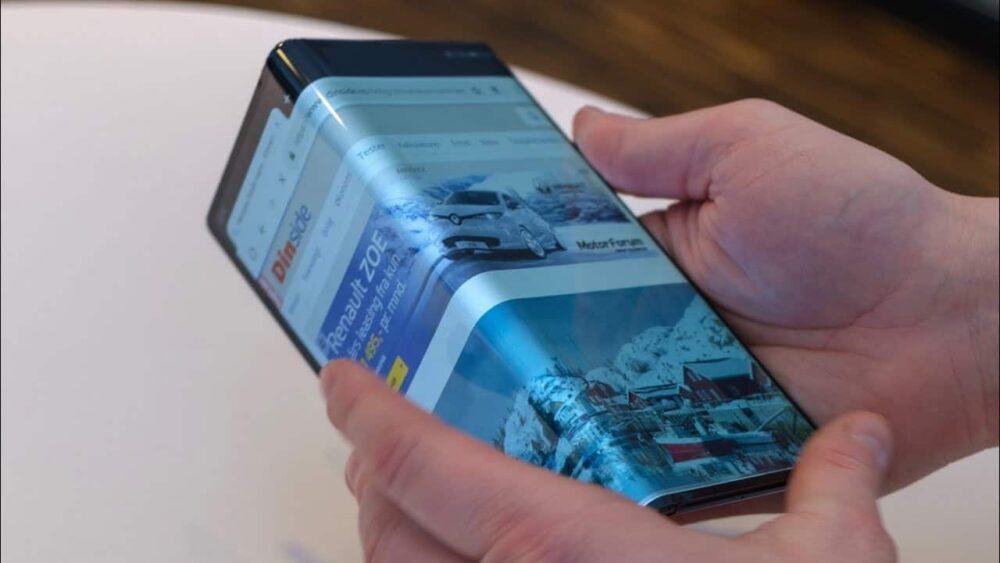 Huawei is expected to proceed with the launch of its flagship Mate 40 series despite the heavy restrictions from the US. The Chinese phone maker is also expected to unveil its Mate X2 foldable later this year and new renders have appeared online showing us exactly what to expect.

The new renders were shared by Industry Insider Ross Young and these are based on a foldable phone design patent that was filed by Huawei some time ago. These also go in line with the rumors saying that the Mate X2 will have an inwards folding design this time around, similar to the Samsung Galaxy Fold series. The inward folding screen has minimal bezels and can bend part way to go into laptop mode. As the name suggests, the display will split between two different functions in this mode, one as the keyboard and the other as a normal display in landscape mode. The whole screen is rumored to measure at 8.03-inches, the same as the original Mate X.

The camera setup can be seen on the side on a strip which also seems to have a display of its own and looks quite futuristic. This secondary display will show information such as the weather, time and date, notifications, etc. Oddly enough, a stylus can also be seen in the image and a compartment to store the it in, something we’ve never seen from Huawei.

There are no details available in terms of specifications as of yet, but rumors will likely surface in the upcoming months.