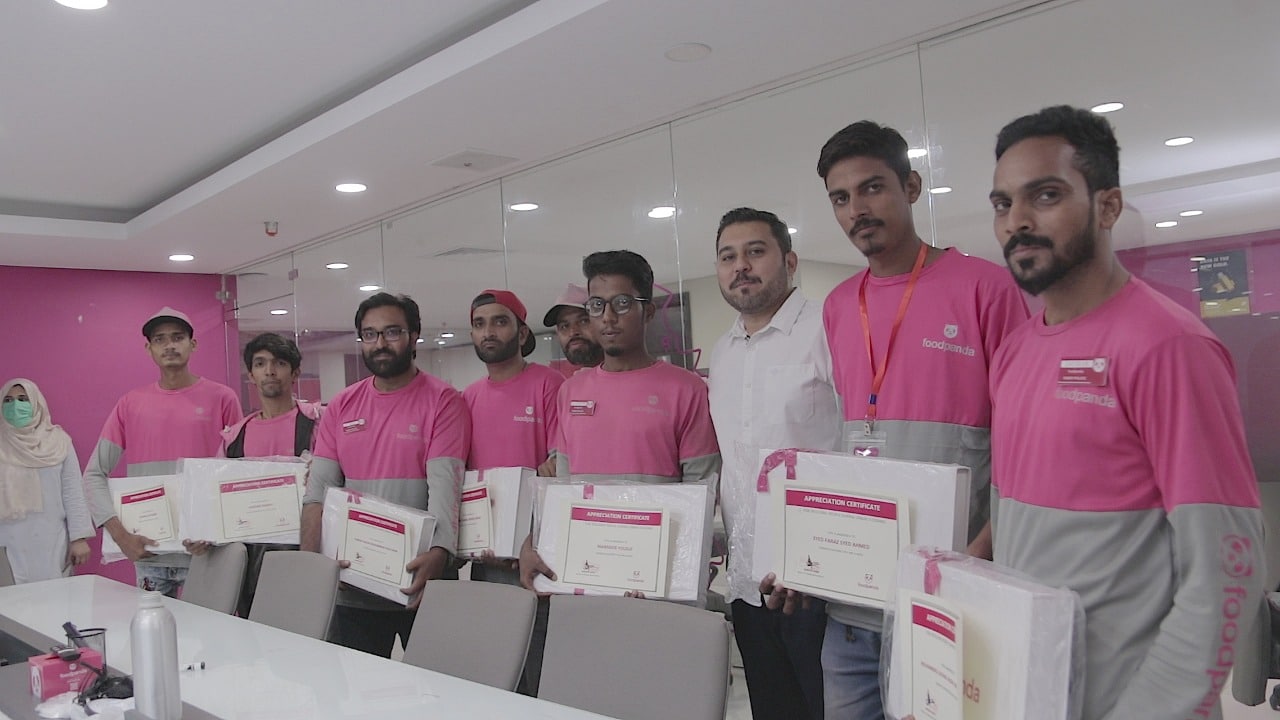 After a very long time, the monsoon season hit Karachi in full swing and fury. But instead of being a blessing, the ongoing spells of torrential rains have left the city completely paralyzed.

Streets and houses have been deluged, extensive power cuts observed, connectivity of all sorts gone down, and people seen trapped inside their vehicles amid the urban floods. Even families in different areas were forced to evacuate and the loss of many precious lives was also recorded.

But, the back-to-back heavy spells of unprecedented downpours that turned the city into shambles did accompany numerous relieving sights of citizens helping each other in the crisis. 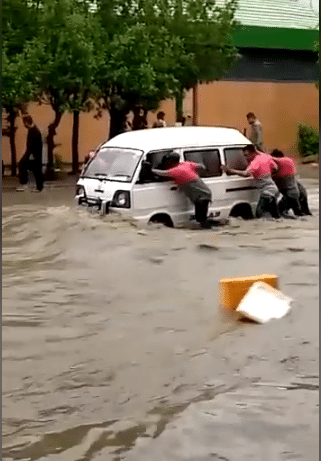 Just the way Karachiites are, these resilient citizens not only found a way to enjoy this disruptive event, but also went out of their way to extend a helping hand to those in need. One such sight was of foodpanda riders where they were spotted helping citizens escape the urban floods.

Currently, some videos are doing rounds on the social media where foodpanda heroes are seen helping pedestrians cross the flooded roads, as well as drivers trapped in their stalled vehicles get out of the waist-deep waters.

People were highly appreciative of the kind gesture and they expressed their pleasure and gratitude through comments and shares of the videos. Besides showing the charitable side of these heroes, the actions also reflect foodpanda’s values that it inculcates into its teams. 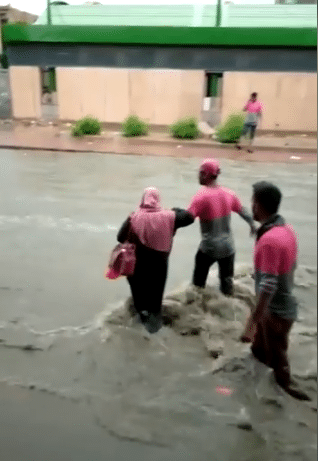 “It was heavy downpour and the water was gushing through the streets – we were confused, our bikes were sinking and our bags were drenched,” shared one rider. “As we couldn’t move because of the heavy rain, we decided to use the time to help others in need, and there were a lot of such people on the roads,” he added.

“One of the cars we rescued was sunk to the roof and it was a great feeling to help others in this time of crisis,” shared another foodpanda hero. “Helping others makes you realize that you need blessings of other people too than just your family,” he expressed further. 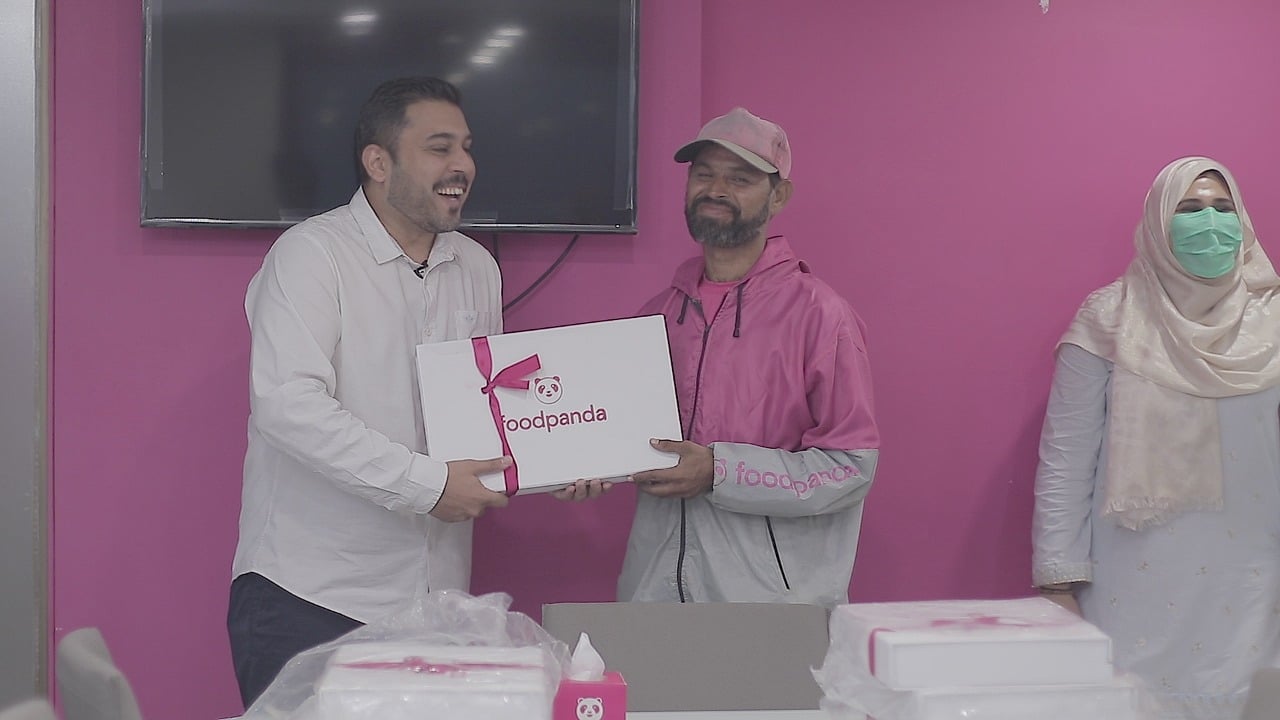 The videos certainly didn’t escape the attention of the company high-ups. As a thank you gesture, foodpanda management invited those riders over to the HQs where they met with other team members and the CEO, and were given appreciation certificates and gifts.

“The motive behind calling these heroes over to the headquarters was to appreciate their action and encourage such gestures organization-wide,” said Nauman Sikander, CEO foodpanda.

“All of our employees, riders, and restaurant partners have a collective vision of serving the stakeholders better, and at the same time, going the extra mile in being socially responsible. But before helping others, we must first ensure our own safety,” he stressed.