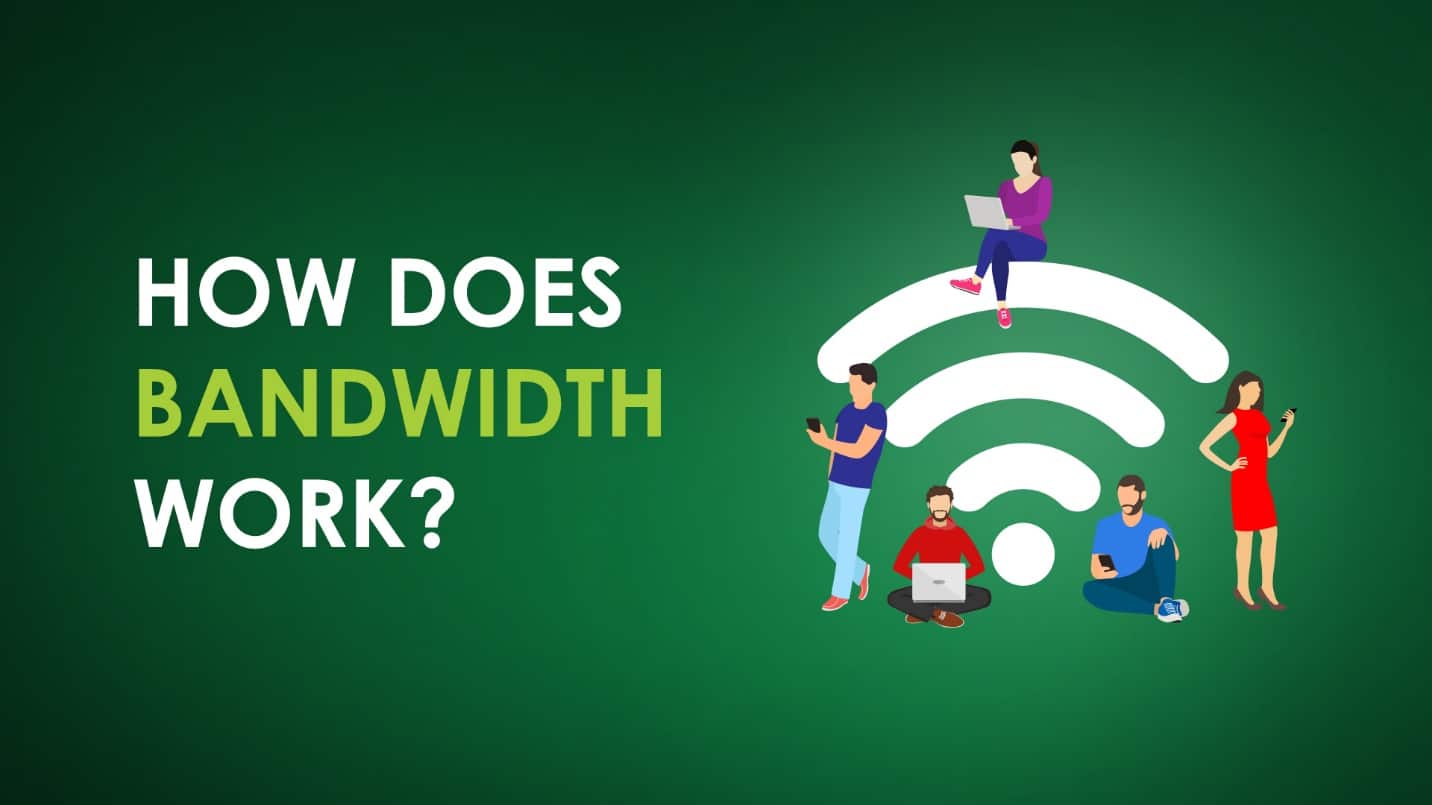 When it comes to using the internet, many people find themselves scratching their heads while deciding on how much bandwidth they need for work, social networking, online shopping, watching entertainment content, etc.

Not only that, users often confuse bandwidth with internet speed and blame their internet service providers (ISP) for slow speeds. This is why it is imperative for the customers to be aware of what bandwidth is and how it works.

Let’s find out what bandwidth actually is.

Bandwidth is the volume of information that can be sent over a connection in a measured amount of time – calculated in megabits per second (Mbps). That was the technical bit, let us explain it through an example.

Consider any network connection as a pipe and every data bit that flows through it as grains of sand. Now, if you put a large amount of sand into a thin pipe, the time for the sand to flow through the pipe will be longer. However, if you put the same amount of sand through a wider pipe, the sand will quickly pass through.

Now, let us take a closer look at how bandwidth is measured. Interestingly, people sometimes confuse between a bit and a byte. Bandwidth is measured in bits, which is a common measure of file size. Eight bits make one byte, so one megabyte (MB) equals eight megabits (Mb). The more the bits your connection has, the more bandwidth you have.

Furthermore, bandwidth is the amount of data (Mbps) that can be received (downloaded) or sent (uploaded). The more bandwidth you have, the faster your internet will seem because you will then be able to receive and send more data at a specific time. Same as more sand in a larger pipe!

Another example of this is to think of your bandwidth as a highway, and your data as cars that travel at the same speed. The more lanes you have on the highway, the more cars can travel at a time. Similarly, consider 1 Mbps equal to one lane road. If you were trying to download a 5 MB file, it would take more time to download the image on a one-lane road.

Since internet speed and bandwidth are interchangeable terms, a general lack of differentiation about the terms always leads to complaints about bandwidth, when people are facing slow internet speed.

Primarily, this confusion arises due to the common use of terms in advertisements by ISPs that refer to it as greater speed when they actually mean bandwidth. Basically, speed refers to the rate at which data can be sent, while the definition of bandwidth is the capacity for that speed.

In all of this, the most important question is that how much bandwidth does a user need? Let us make it simple for you.

If you have several family members and multiple devices are connected at the same time, you will need more bandwidth to keep up without any disruption. If you enjoy streaming, gaming, and other high-capacity activities, you will need a certain amount of bandwidth speed to get a seamless experience.

It all depends on your internet provider’s capacity as the more bandwidth they are able to give you, the faster you will be able to do your work. For your information, we have also listed the most commonly used online activities and the relevant bandwidth below:

To summarize, you must consider your planned activities while using the internet in order to get the required bandwidth, as well as the number of devices that will be connected at a given time.

We suggest you sit down with your family and make a list of everything that you plan to do with your internet connection, and then get in touch with an ISP such as PTCL or others to determine the best plan for you.