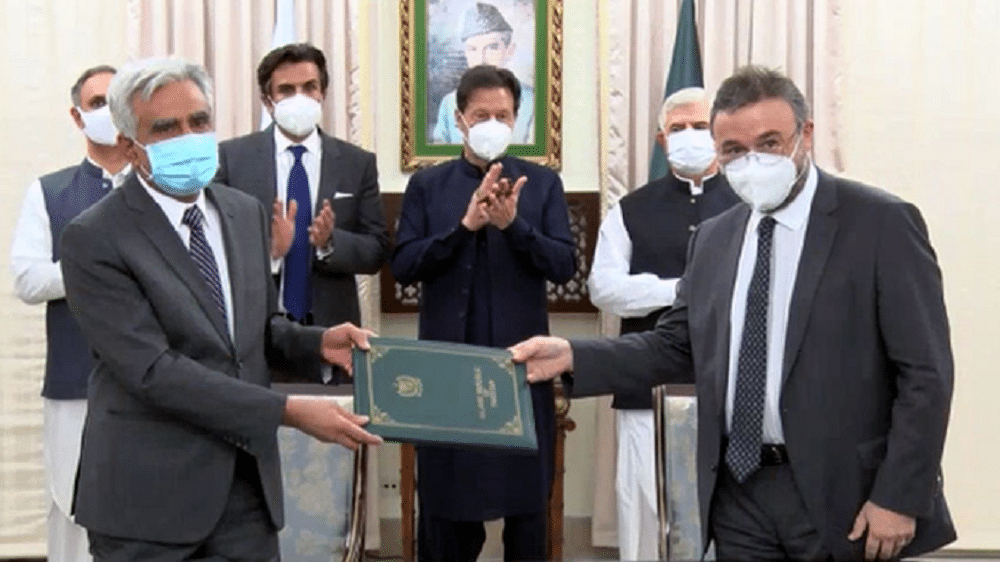 Prime Minister Imran Khan today witnessed the signing ceremony of two financing agreements worth US$ 1.15 billion with the World Bank.

This is concessional financing being provided by the World Bank for the two projects to support hydropower and renewable energy development in Khyber Pakhtunkhwa, evacuation and transmission of power from DASU Hydropower Project.

The projects’ details are as follows

The project’s development objective is to increase renewable energy generation and strengthen the capacity of associated institutions in Khyber Pakhtunkhwa.

The project will support the

It will provide planning and management capability to help transform Pakhtunkhwa Energy Development Organization (PEDO) into a world-class entity for the development of renewable energy resources.

Evacuation of Power from DASU Hydropower (Phase-I) Project – US$700.0 million

Prime Minister Imran Khan stated that Pakistan values its partnership with the World Bank and the Government will continue with the objective of socio-economic uplift of the people of Pakistan.

The Country Director of WB reiterated his commitment to support Pakistan and appreciated the government’s resolve, efforts and measures in the fight against COVID-19 and continuing efforts for structural reforms.

Makhdum Khusro Bakhtyar, Minister for Economic Affairs, while thanking the World Bank for its continued support, said that Government of Pakistan is committed to continue the structural reforms process in the country.