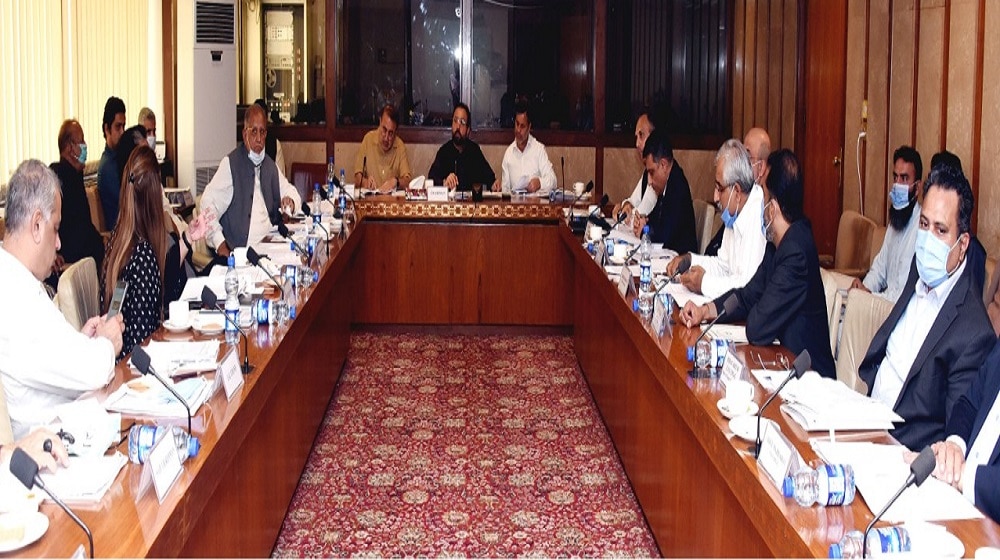 The Standing Committee on Energy (Power Division), in its fifth meeting held today, showed reservations on the procedure of tariff determination with regards to the “The regulation of Generation, Transmission and Distribution of Electric Power (Amendment) Bill, 2020”.

The committee also asked National Electric Power Regulatory Authority (NEPRA) to give the procedure in writing.

The meeting of the Standing Committee on Energy (Power Division) was held in the Parliament House today under the Chairmanship of Member National Assembly (MNA) Chaudhry Salik Hussain.

The Minister of Energy Omer Ayub told the committee that unbudgeted subsidies in the circular debt is the major concern of the present government and this needs to be addressed through uniform tariff and to give the power of collecting surcharge to Distribution Companies (Discos) from the consumers as the Federal Government may charge and notify in the official gazette from time to time.

The above said Bill was also deferred for the next scheduled meeting, and the Ministry was asked to address the queries of Members.

The minister also told the committee that the energy ministry is doing his level best to control theft of Electricity in far-flung areas of the Country and is being done in a systematic manner. In this regard, Anti-theft drive is going on for the past two years. Also the Bill “The Pakistan Penal Code (Amendment) Bill, 2019 (No. XXV of 2019)” will authorize a Grade-17 and above officer to take cognizance of an offense.

The Minister stressed that the Provincial Governments should also play their part in curbing the theft of Electricity. The Chairman of the Committee praised the intent of the Bill but deferred it for the next meeting on the request of the Members.