Federal Board of Revenue has sealed the head office of Jazz in Islamabad, allegedly for non-payment of Rs. 25 Billion in taxes, we have confirmed with sources.

According to details shared with ProPakistani, the Large Taxpayer Unit reached Jazz head office in F-8 Islamabad today and sealed the premises for non-payment of the dues.

This is the first such instance when a head office of a multinational company is sealed for tax-disputes, which according to some sources, was being negotiated between Jazz and FBR officials.

“Sealing of the office came as a surprise to us, while we were still in discussion with FBR on the demand note”, told an official from Jazz who wanted to remain unnamed.

We have reached out to Jazz to share their official viewpoint on the development.

Jazz issued below statement in response to FBR’s action against the company:

Jazz is a law-abiding and responsible corporate citizen. Our contribution to Pakistan’s economy over the past 25 years is significant.

We have received a notice from FBR this afternoon. Jazz has made tax submissions based on legal interpretations of the tax owed. We will review and take measures under our legal obligations and will collaborate with all *concerned* institutions for an early resolution of this issue. – Spokesperson Jazz 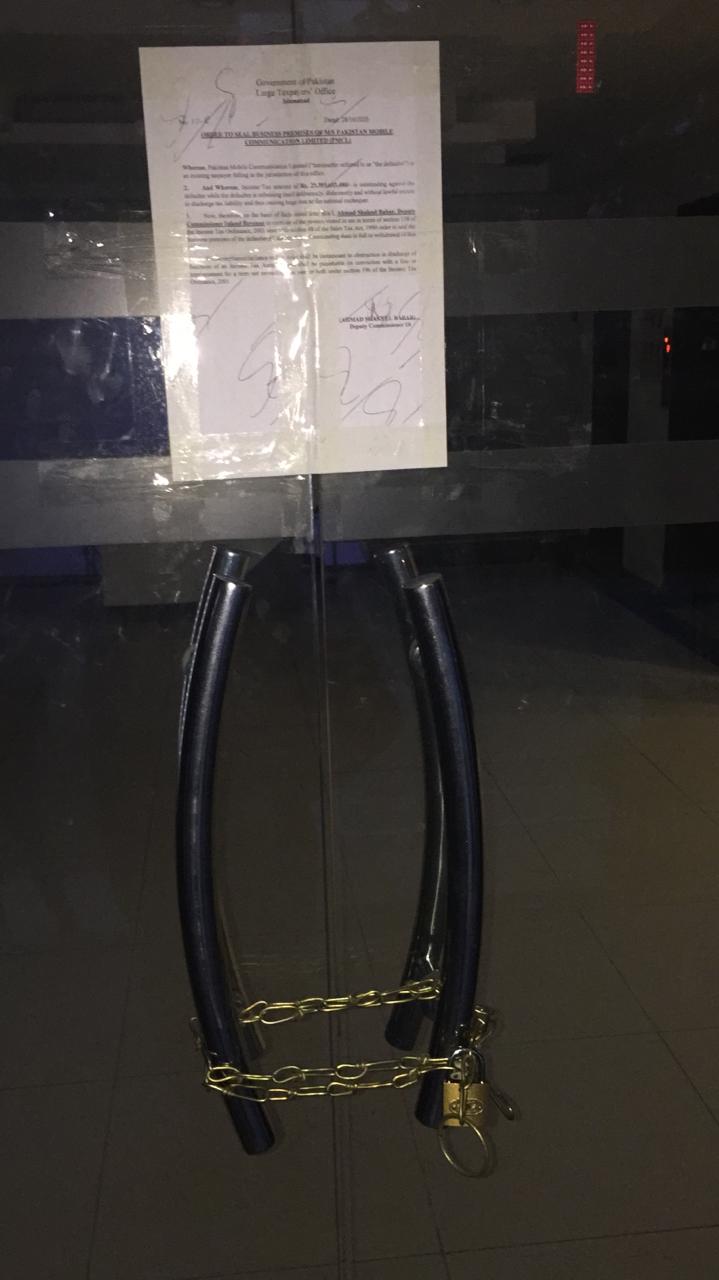