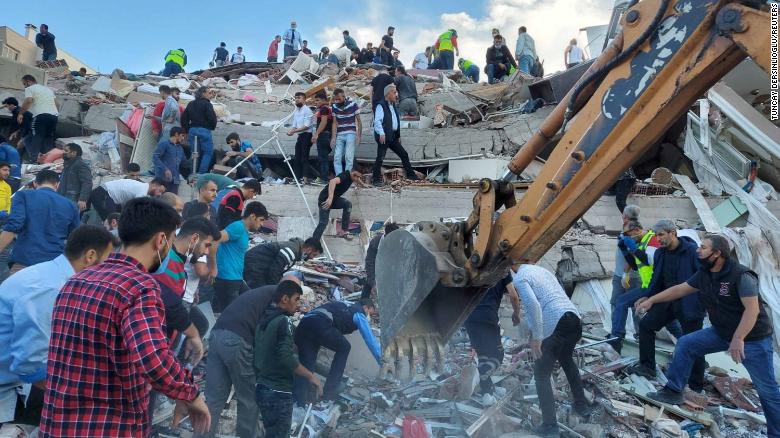 A powerful earthquake has hit Turkey and Greece on Friday afternoon. While the death toll has been reported to be 4 so far, footages and images of collapsing buildings and seawater surging to the streets hint at greater losses.

BREAKING – Footage of a building collapsing in the background after a powerful earthquake hit near #Izmir in Turkey.pic.twitter.com/1UWpYxWHeU

The death toll was announced by the Turkish Health Minister on Twitter. Citizens of the Turkish city of Izmir fled the buildings and gathered around streets following the tremors. According to Izmir’s mayor, at least 20 buildings have been destroyed.

The Deputy Mayor of Samos, in his media talk, said the collapsed buildings were mainly old ones and there were no calls about trapped people. Greek authorities have directed citizens to stay away from the island’s shores and buildings, and evacuate their houses for the next 48 hours.

According to the US Geological Survey, the quake struck 14 kilometers (8.7 miles) northeast of the town of Néon Karlovásion on the Greek island of Somos at 1:51 pm Greek time. 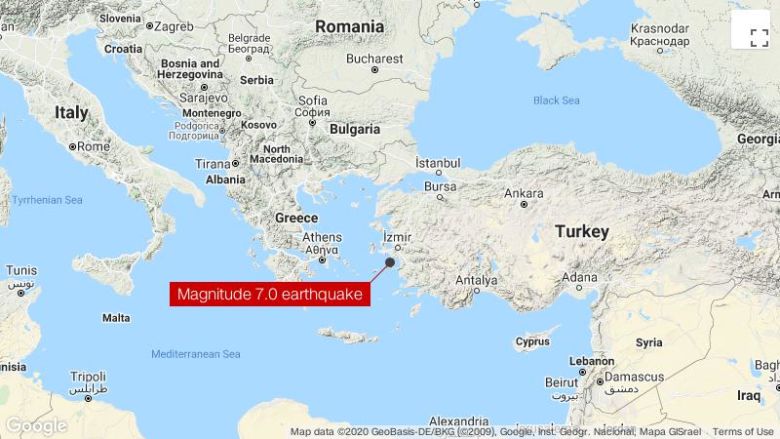 “With all the means of our state, we stand by our citizens affected by the earthquake. We took action to start the necessary work in the region with all our relevant institutions and ministers,” Erdogan said.