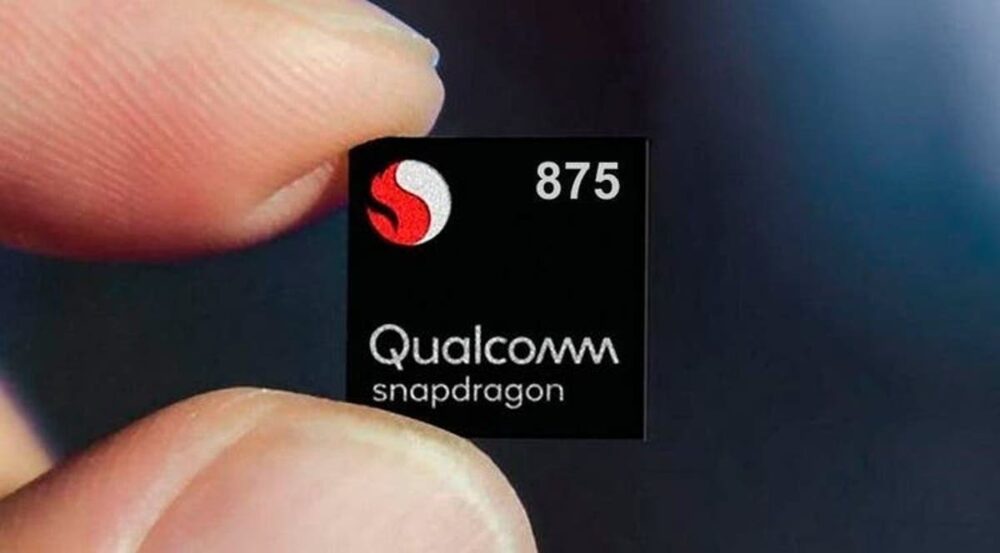 The Snapdragon 875 is going to be Qualcomm’s first 5nm chip meant to power flagship phones for 2021. The chip is codenamed “Lahaina” and benchmark reports are showing that it could be significantly faster than the Snapdragon 865.

Samsung to Produce All of Qualcomm’s Snapdragon 875 Chipsets

The Snapdragon 875 scored 847,000 points in AnTuTu’s benchmark, which is a major improvement over SD865 which currently tops the chart with around 663,000 points. This is a jump of over 25%, which is a drastic leap for a yearly upgrade. However, we are going to have to wait for Qualcomm’s official confirmation before anything is certain.

However, keep in mind that RAM and storage configurations also play a role in the final results. So if a handset has a high capacity UFS 3.1 storage, then the storage might offset the minor clock speed deficit of a chipset.

Qualcomm is expected to unveil the Snapdragon 875 along with other chips in December. We expect more information to surface until then.