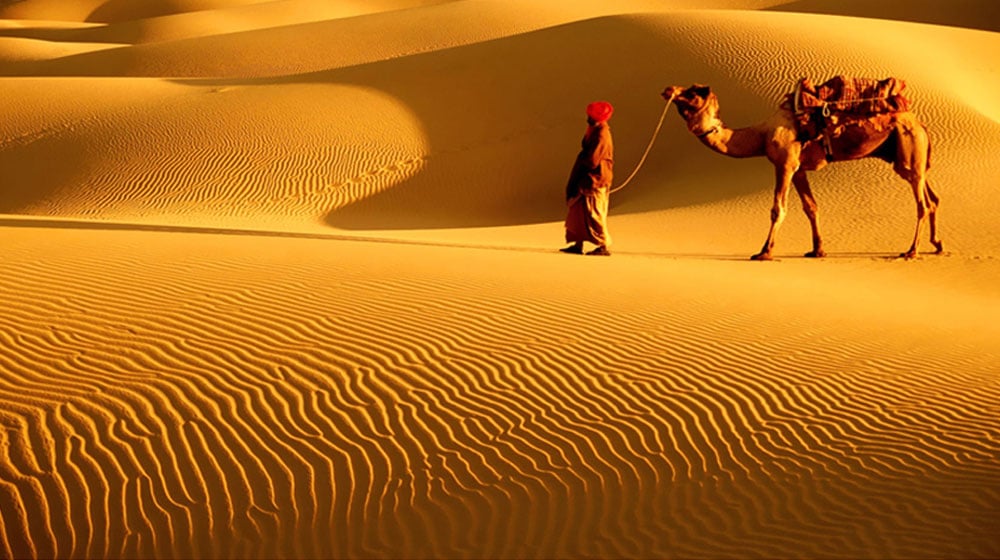 The Sindh government is seeking investments from Saudi Arabian financers for a desert safari on the same model as Dubai.

The Thar Desert, or the Great Indian Desert, is the 17th largest in the world. Earlier this year, the provincial government had announced it was exploring options for investment in the tourism sector from Saudi Arabia.

I invite Arab investors to invest in Sindh as we share common sites like deserts where car rallies, camel riding, and also desert safari can be done. We would provide them support and facilitate them.

The Southern province bordering India to the east is home to several important cultural, religious, and historical sites that draw tourists.

Mujahid Shah, an academic from Karachi, describes Sindh tourism in these words:

Sindh has vast domestic tourism opportunities right from Karachi to the desert region of Tharparkar. Every sort of tourism destination, from religious sites, shrines of Sufi saints, to mountains and lakes exist and offer major attractions to visitors.

However, Shah is convinced that the foothills of the Karoonjhar Mountains in the Tharparkar district are the most attractive tourism destination.

Education Ministers to Decide on School Closure This Thursday

Ranging over an area of 30 kilometers, the mountains contain enormous deposits of high-quality granite. The Sindh government plans to declare this mountainous area a heritage site.

Usually a hot and arid region, Tharparkar attracts local tourists when the mercury drops during the monsoon season.

According to Shah, tourism peaks between November and March in the region when thousands of tourists turn to Nagarparkar to visit the Jain temples, the historic Churrio Jabal Durga Mata Hindu temple, and the Bhodisar Mosque.

During the peak season, a resort room in Nagarparkar costs around Rs. 8000 for a single night.