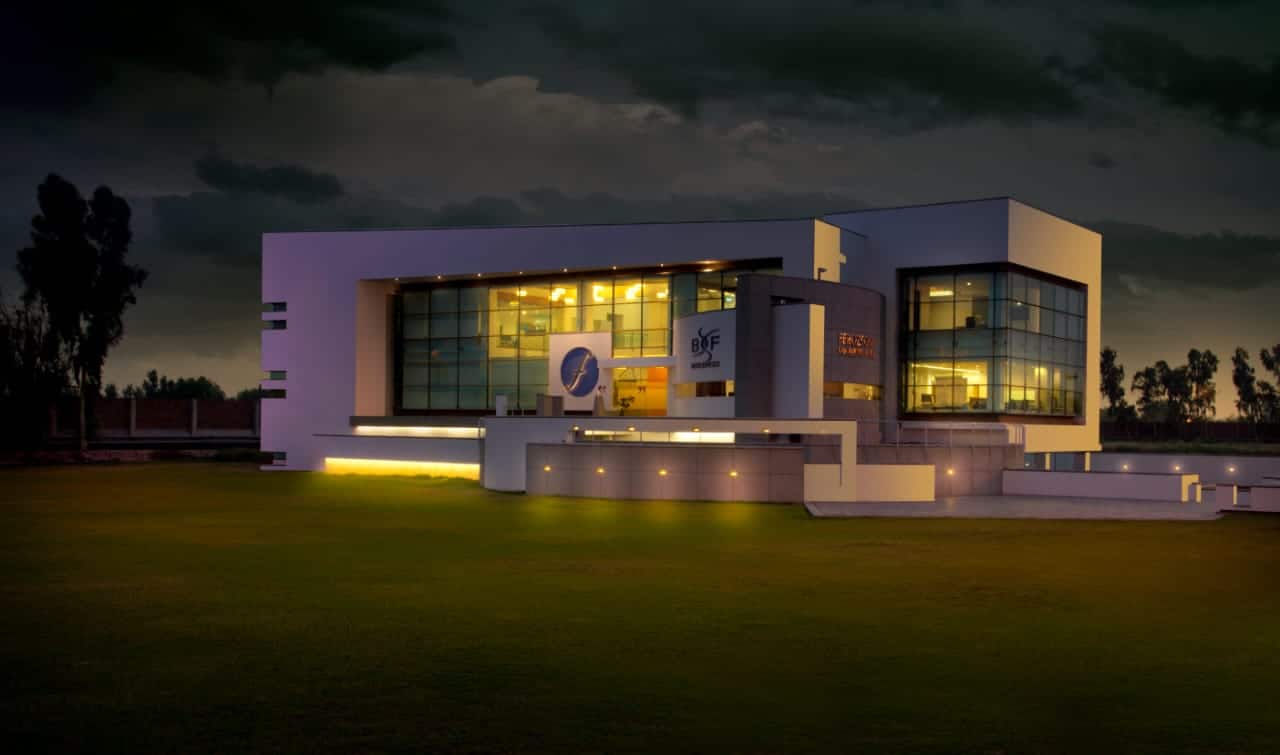 From education to healthcare, the history of Ferozsons business group is covered with important milestones for Pakistan.

In 1894, Maulvi Ferozuddin Khan founded the Ferozsons publishing house and laid the foundation of a company that would serve the people of the region for over a century. From the outset, the group’s founder sought to play a meaningful role in the education and health of the underprivileged population of the sub-continent.

After independence, Pakistan had virtually no pharmaceutical production capacity. Thus, in 1956 Ferozsons Laboratories Limited came into being as one of the first Pharmaceutical manufacturing companies in Pakistan, listing itself on the Stock Exchange on the creation of the bourse in 1960.

Over the years, the children and grandchildren of Maulvi Ferozuddin have taken his legacy forward as the company has now entered its seventh decade of serving the cause of health and well-being not just in Pakistan, but in a growing number of international markets as well.

Today, the Pharma company possesses renowned brands in the areas of gastroenterology, hepatology, cardiology and oncology, with an emerging presence in endocrinology and maternal and neonatal health.

To address unmet patient needs, Ferozsons has entered into exclusive agreements with prominent international partners for distribution, selling, and co-manufacturing of products in Pakistan.

Some of the most noteworthy alliances include a partnership with Boston Scientific Inc., USA the world’s leading manufacturer of medical devices; a joint venture with the Bagó Group of Argentina to establish BF Biosciences Limited, Pakistan’s first biotech pharmaceutical manufacturing company;  and an important collaboration with Gilead Sciences, Inc. USA for their range of Hepatitis C and anti-viral therapies, including remdesivir.

The joint venture facility, BF Biosciences Limited, where remdesivir is made, has been declared a state of the art facility by DRAP.

Recently, the US Food and Drug Administration (FDA) approved remdesivir as the first drug to treat COVID-19 making Ferozsons the only licensed company from Pakistan to be manufacturing the drug under the brand name Remidia, as per a licensing agreement with Gilead Sciences.

It is a matter of pride for our country that a Pakistani company was one of the only six companies initially licensed to produce this injection for Covid-19 patients by Gilead Sciences, Inc., USA- the originators of the drug, for a group of 127 Lower and Middle Income countries (LMICs).

According to Mr. Osman Khalid Waheed, the CEO of Ferozsons Laboratories, his company has pledged to combat the novel coronavirus effectively and are providing the injection to the people in need at the DRAP approved price, which is a fraction of the drugs’ international price. Today, the company has sufficient strategic stocks in the country, along with exporting it to the world.

Moreover, the company’s partnership with Gilead has played an instrumental public health role in saving thousands of lives in Pakistan from the scourge of Viral Hepatitis. In 2015, when the Hepatitis C cure was developed, Pakistan became the first country in the world where patients began receiving the FDA approved cure, Sovaldi, under a special access program, at a fraction of its international price.

In the first year of the partnership, over 70,000 patients received the latest treatments under the Gilead Access Program, with excellent cure rates.

Ferozsons invests significantly in medical and public education programs aimed at patient awareness and disease prevention. Their social investments in education and health also help create access for patients who are unable to afford treatment.

On the occasion of World Hepatitis Day last year, Ferozsons and Gilead Sciences founded a corporate coalition for the elimination of viral hepatitis in Pakistan (CCVHEP). CCVHEP is a broad coalition of private-sector employers who between them employ over 160,000 people.

As responsible corporate citizens operating in Pakistan, CCVHEP members are committed to improving access to education, awareness, medicines, vaccines, diagnostic tests, and medical devices for people living with viral hepatitis in the country.

The first of its kind Corporate Coalition for Viral Hepatitis Elimination aims to improve awareness, screening, and linkage-to-care for viral hepatitis and ensure a work environment that is free from any discrimination for those with the disease.

CCVHEP recognizes that it is imperative for the private sector to play its role in supporting Pakistan’s commitment to the Sustainable Development Goal of eliminating Viral Hepatitis as a public health threat by 2030.

Furthermore, a vaccine for Hepatitis-E has also recently been registered in Pakistan by the DRAP, and Ferozsons will be launching the much-needed vaccine very soon. Hepatitis E is hyperendemic in Pakistan, and can be lethal if contracted by women during pregnancy, the elderly, as well as for people already suffering from other forms of hepatitis and liver disease.

With the outbreak of COVID-19, in order to protect both patients and physicians from unnecessary exposure to the virus,  Ferozsons has partnered with HospitALL, a Netsol Incubatee company, for the development of an online platform for doctors to treat their patients virtually in a secure environment.  CliniCALL, as the platform was named, is HIPAA-compliant and provides a safe, secure, and user-friendly platform to both doctors and their patients.

Similarly, recognizing the stresses on mental health in the country, which have been amplified during Covid times, Ferozsons partnered with the PARSA Trust and Umang,  a 24/7 operative helpline project to support those suffering from mental health issues. This platform is run by a team of clinical psychologists and is completely free of cost.

As an innovative company that takes a broader view of public health needs and accessibility of medicine, Ferozsons is a pioneer in the pharmaceutical sector that possesses the capability and vigor to revolutionize the industry, given the support of the government and key stakeholders.

Durdana Najam is an op-ed/article writer based in Lahore. She writes on policy issues and can be reached at [email protected]