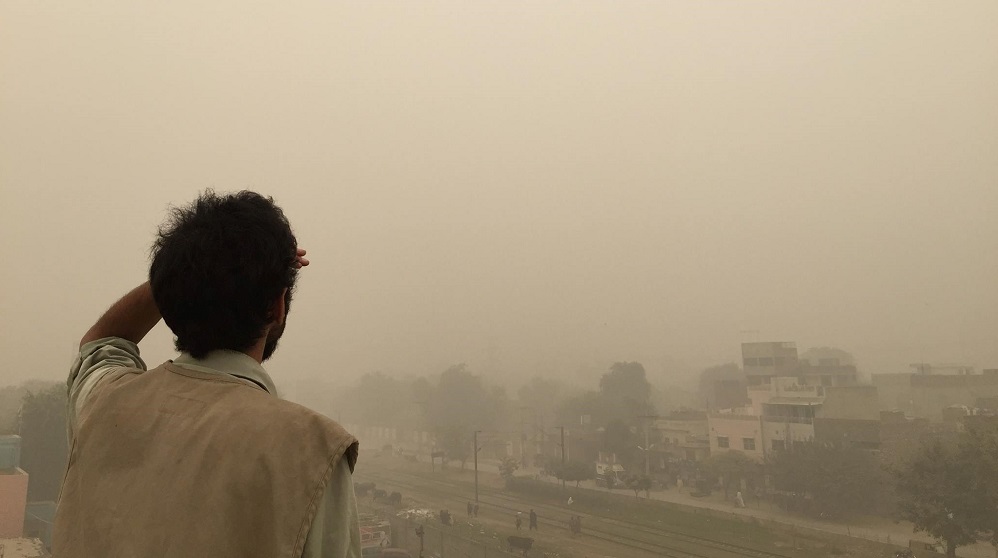 Lahore currently ranks as the second-most polluted city in the world according to the Switzerland-based real-time air-quality monitoring platform IQAir. Its air quality has been labeled ‘hazardous’ with an air quality index (AQI) score of 430. As per the report shared by the platform, Lahore was ranked second to New Delhi which stands at number 1 with an AQI score of 719.

The platform states that an AQI between 0 and 50 should be the preferred rating, while an AQI of over 300 is considered ‘hazardous’ and requires an emergency response. Reports suggest that in case of an AQI above 300, health experts suggest avoiding outdoor activities and keeping windows and doors in the area closed.

The report also states that Faisalabad is the second-most polluted Pakistani city after Lahore. However, a media report suggests that as per the US embassy, which also conducts real-time monitoring of air quality, the AQI of Lahore was recorded at 623 which is very close to New Delhi’s AQI score.

As the second wave of COVID-19 grows across the globe, a recent study has revealed that poor air quality and coronavirus-related deaths have a positive correlation. As reported by The Guardian, air pollution is responsible for an 11 percent increase in deaths from the coronavirus.

In a meeting for the normalization of electric vehicles which took place a couple of weeks ago, the Chief Minister of Punjab, Usman Buzdar, was briefed that 43 percent of the smog comprises smoke and harmful gases emitted by vehicles.

Reports state that 204 FIRs have been filed in the past few days on account of smog-inducing activities and that 11,685 challans have been issued to the owners of smoke-emitting vehicles.