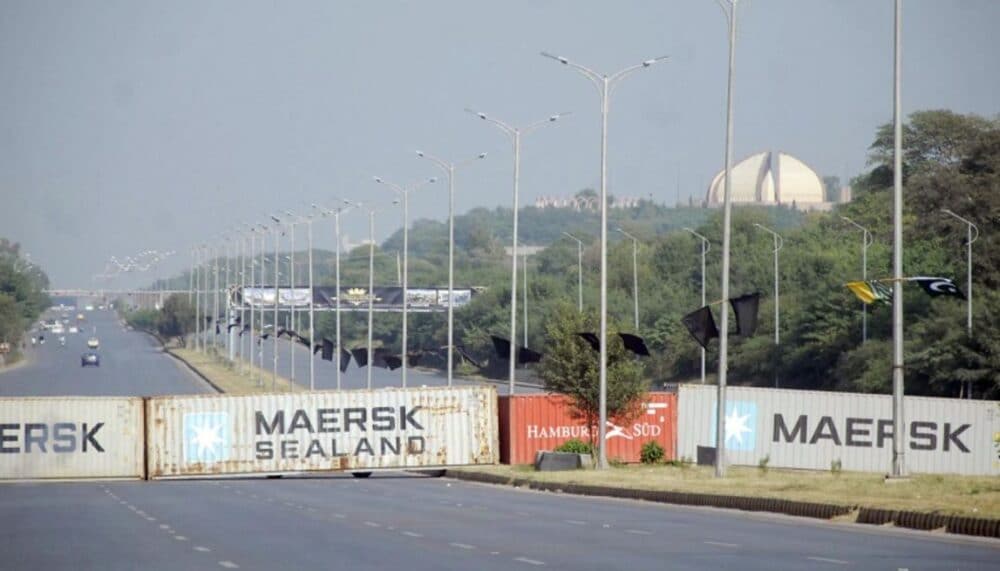 The people of Rawalpindi and Islamabad were terribly inconvenienced yesterday and earlier today, due to the Faizabad sit-in led by Tehreek-e-Labaik Pakistan (TLP), which caused huge traffic jams across the twin cities. Blockades have been placed at various entry points to prevent the protesters from entering the capital city, which resulted in massive traffic jams at all the main thoroughfares across Rawalpindi and Islamabad.

In the wake of the ongoing protest, the Islamabad Traffic Police (ITP) has issued a traffic diversion plan. According to the plan, Faizabad Interchange has been barred for traffic, and the metro bus service across the twin cities has been temporarily shut down.

Traffic entering from Lahore is being diverted to Rawalpindi via T-Cross Rawat, whereas motorists arriving from Peshawar are being redirected to the motorway via 26 No Chowrangi. Jinnah Avenue from Kalsoom Plaza to Express Chowk has also been sealed.

Furthermore, the motorists have been directed to travel via Nazim-ud-Din and Margalla roads instead. Moreover, instead of Fazl-e-Haq Road, which has now been closed, citizens can use Luqman Hakeem road as an alternate route.

Rawal Dam Chowk to Faizabad Road is also blocked off, instead of which, the commuters have been requested to take the Park road from Rawal Dam Chowk, travel via Tramari-Lethrar road, and exit from Khanna Pul on to the Express Highway and vice versa for commuters traveling from Rawalpindi to Islamabad.