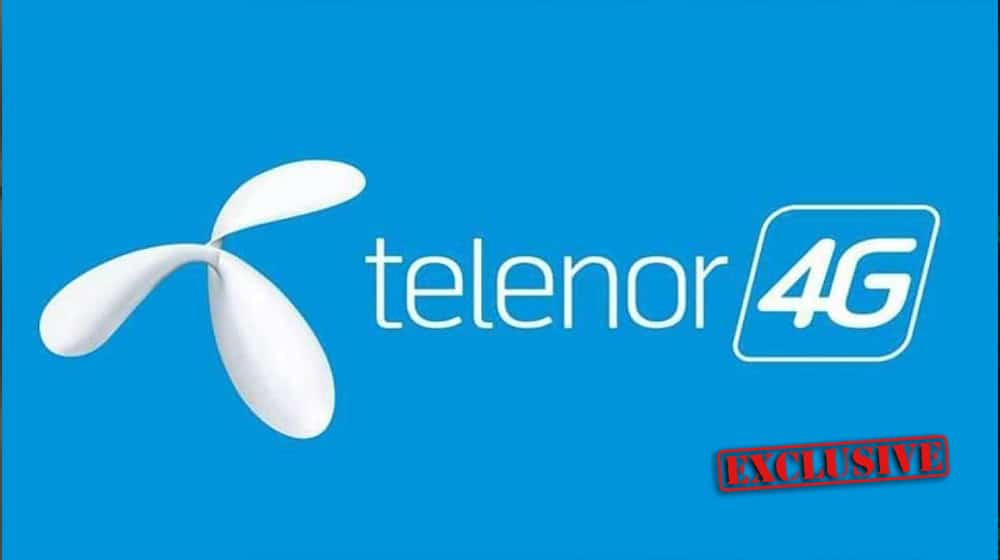 Telenor Tower controllers have been sealed across Azad Jammu and Kashmir, due to the defaulted amount of Rs. 2.85 billion, we have confirmed with sources. As per reports some 200 towers are affected by the sealed controllers.

According to a notice issued by the Commissioner Inland Revenue Office of AJ&K on December 29, 2020, Telenor Pakistan failed to pay Rs. 2,854,949, 287 in income tax arrears, despite a notice being sent to the company under Income Tax Ordinance 2001.

As a result, in pursuance of the recovery of the tax arrears, it has been ordered by the IR office that the moveable and immoveable property and equipment of the company be attached [confiscated]. IR Deputy Commissioner Syed Anser Ali authorized the order. 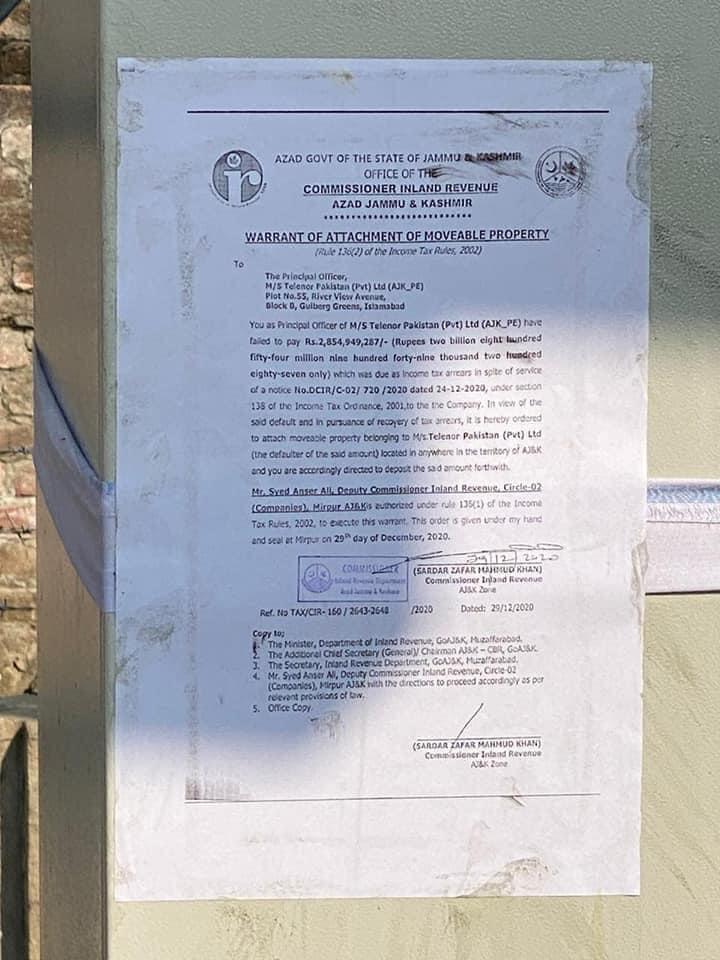 Official sources told ProPakistani that the AJK IR tax department conducted a tax audit against the company covering the period of last three years. During the audit the IR officials of the AJK unearthed this non-payment of tax arrears to the tune of Rs. 2.85 billion.

However, the forum of the Commissioner Appeals confirmed the order of the AJK tax authorities, officials said.
After confirmation of the order of the AJK tax department by the forum of Commissioner Appeals, the tax authorities have now proceeded against the company and attached movable properties of the company within the territorial jurisdiction of AJK.

However, Telenor’s Spokesperson Kamal Ahmed refuted this in his statement to ProPakistani saying that “the Authority hastily proceeded to seal some of our sites…without following due process of the law”.

The complete statement as given by CCAO Telenor Pakistan Kamal Ahmed is as follows:

“Telenor Pakistan was recently made aware of a tax demand from Inland Revenue Department AJK. We have strong reservations on the assessment of this demand and are challenging this demand before appropriate forums. However, without following due process of law, the Authority hastily proceeded to seal some of our sites which has resulted in service shutdown in certain areas, impacting and disrupting lives of people of AJK.”

He said, “As one of Pakistan’s largest taxpayers, we understand the importance of the taxes we pay in supporting the development and growth of communities and take a responsible approach with respect to our tax obligations. We believe that a tax system must be stable, transparent, and predictable to create an investment friendly environment that will support ease of doing business and the country’s growth”.

When asked about any ongoing negotiations with the company, sources told ProPakistani that the AJK tax authorities and the company are actively engaged in the dialogue and may reach some agreement for payment of tax in advance/installments.