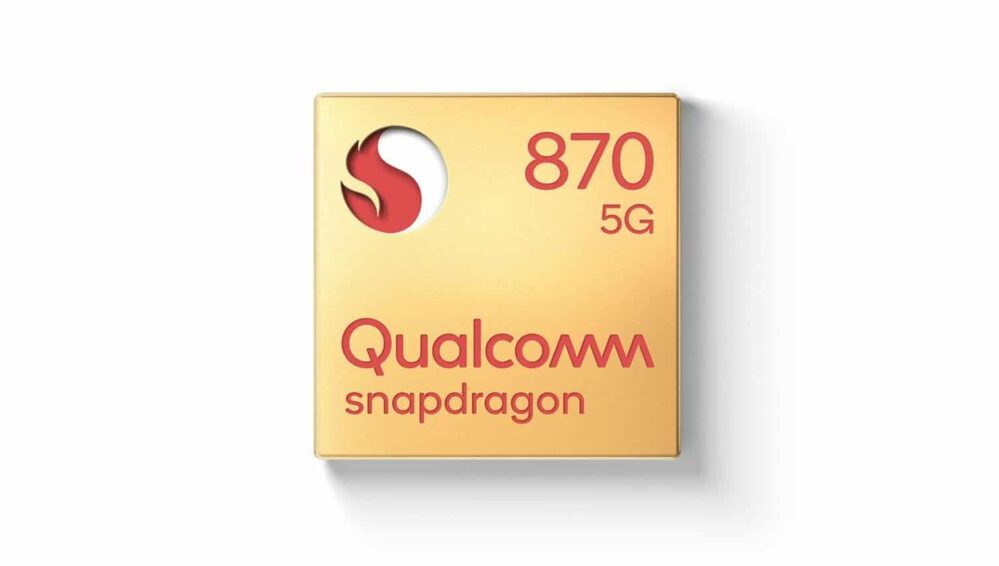 American chipmaker Qualcomm has managed to squeeze more performance into the 7nm node and has unveiled the Snapdragon 870 5G, a chip with the highest clock speed in the smartphone market.

The Snapdragon 865 and 865+ were limited to 2.94 GHz and 3.1 GHz clock speed respectively, and the two were beaten by Huawei’s Kirin 9000 SoC which went as high as 3.13 GHz on its prime core. Qualcomm has now reclaimed the clock speed crown once again with the Snapdragon 870, which runs at 3.2 GHz.

The chipset uses Kyro 585 cores which are based on ARM’s Cortex-A77 CPU cores with some tweaks. In comparison, the Snapdragon 888 features newer Cortex-X1 and A78 cores instead, but the Snapdragon 870 runs at higher clock speeds still. However, we will have to wait until benchmarks show up to get the full story. The Adreno 650 GPU is there once again, but it is unclear if it has received a boost clock, or is running at the same frequency as the Snapdragon 865. The chip supports up to 2K 144Hz displays with support for HDR10+ and the Spectra 480 ISP is unchanged as well. It supports up to 200MP cameras that can record 8K video at 30FPS and 4K video at 120FPS.

There is no onboard 5G modem, instead, it will get a separate Snapdragon X55 with support for sub-6 and mmWave. There is also WiFi 6 and Bluetooth 5.2 support thanks to FastConnect 6800.

Motorola, OnePlus, Oppo, Xiaomi, and iQOO will be the first few companies to feature the Snapdragon 870 5G in their phones. Motorola has already announced the Edge S flagship that will be announced next week with the new chip.