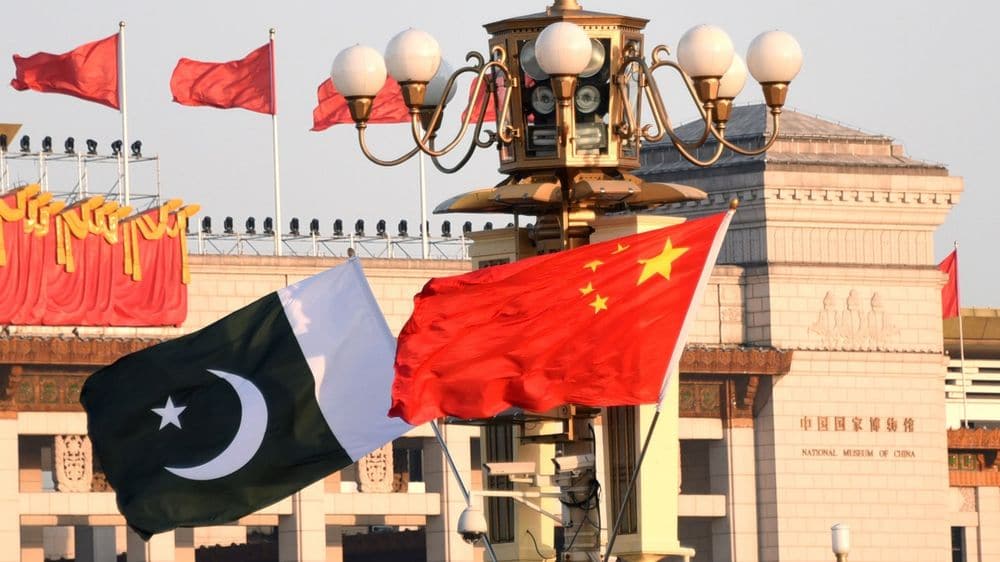 The report said that while on one hand, rising Chinese investment is helping boost Pakistan’s ailing economy, on the other hand, the local businesses and groups are expressing concerns that the Chinese investors are cornering key local industries, state assets, and businesses to the detriment of Pakistani players and interests.

According to a report issued by the United Nations Conference on Trade and Development’s World Investment, foreign direct investment (FDI) in Pakistan increased from $1.7 billion in 2018 to $2.2 billion in 2019. The accumulated FDI for the year for Pakistan amounted to $34.8 billion with China being the biggest contributor.

The article by Asia Times quotes analysts saying that even non-CPEC Chinese private investment in Pakistan is increasing, and it is primarily driven by cheap labor and securing access to raw materials, which are shipped back to China’s factories. At the same time, China is also building factories within Pakistan to export finished goods directly to European markets that Beijing hopes to readily reach via its BRI infrastructure investments.

Chinese investors have also shown interest in buying out various loss-making state-owned enterprises (SOEs) that the Pakistani government has decided to privatize. According to Advisor for Institutional Reforms and Austerity, Ishrat Husain, China is one of the few bidders that have expressed interest to take on ailing SOEs in Pakistan, such as Pakistan Railways (PR), Pakistan International Airlines (PIA), and Pakistan Steel Mills (PSM), among others.

This makes Chinese investment a welcome move in the government circles and a popular political tool when it comes to economic performance. However, for the general public, especially local industrialists, this increasing influence by Chinese asset buying has brought much annoyance and business insecurities.

Muhammad Ishaq, a leading industrialist and former member of the Khyber Pakhtunkhwa Board of Investment and Trade (KPBIT), told Asia Times that resentment is building towards Chinese investors. One of the major contentions that he pointed out is Chinese companies’ preference to establish fully-controlled businesses in Pakistan instead of forming partnerships or joint ventures with local businesses.

The report stated that the official corporate data shows more than 2,000 Chinese business entities have registered in Pakistan, and their scope of operations goes well beyond CPEC projects, which are mainly focused on infrastructure development.

Chinese trade and industrial concerns are operating in textile factories, cement plants, power producers, steel mills, housing projects, and the telecommunication sector, as shown by the website of the Pakistan-China Joint Chamber of Commerce and Industry’s (PCJCCI).

“We have serious reservations about the growing Chinese business involvement in Pakistan, which mostly benefits the Chinese side because they run most of the business all by themselves,” Ishaq said.

Another factor leading to grievances among local Pakistani businessmen is that many Chinese companies do not register with Pakistani tax authorities and thus do not pay taxes. This creates an obvious cost disadvantage for the local companies putting them at a competitive disadvantage.

When Beijing brought BRI to Pakistan back in 2015, the Chinese state-owned companies established an initial foothold by acquiring the Karachi Stock Exchange and K-Electric.

Now, in the energy sector alone, Chinese companies are involved in the construction of 27 CPEC-related power projects and six non-CPEC projects. Some of these are joint ventures including Power China’s construction of the Rs. 1.4 trillion ($8.8 billion) Diamer Basha Dam with the Frontier Works Organization (FWO).

Chinese private investments have also found their way in Pakistan’s textile sector. This segment is among the most crucial industries in Pakistan, contributing 8.5 percent of gross domestic product (GDP) and employing 45 percent of the total industrial labor force in the country.

Ishaq said that the government should have given preference to small and medium enterprises (SMEs) over the large-scale manufacturing (LSM) units. He also said that the transfer of technology and investment in small businesses would have strengthened the industrial base of the country and employment opportunities created for the unemployed youth.