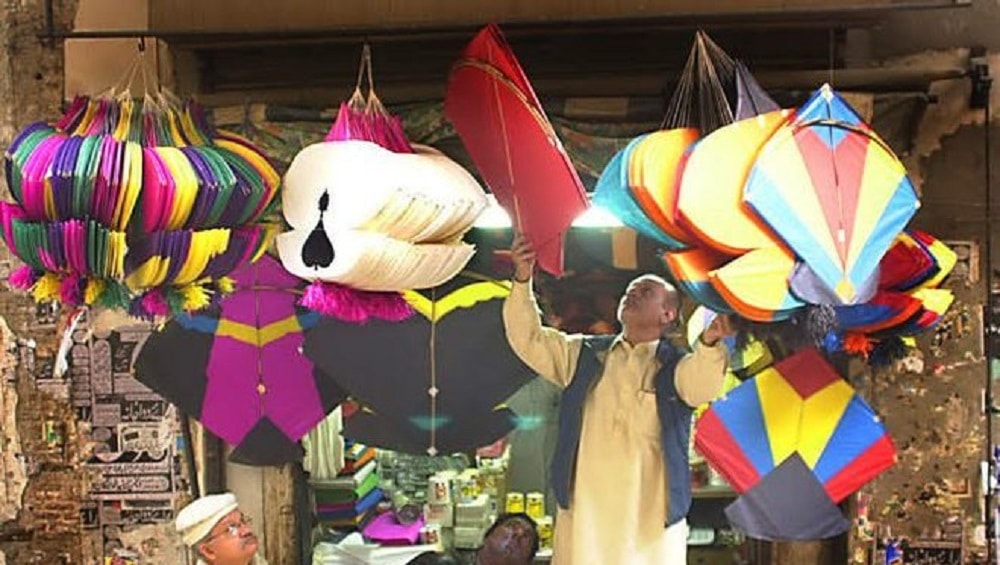 Rawalpindi police has arrested four kite distributors and confiscated over 10,000 kites and 100 sets of chemical string.

A spokesperson for the police said that the culprits have been identified as Zeeshan Ahmed, Hasan Ali, Faizan Ahmed, and Samiullah who were wanted for their involvement in supplying kites to different areas of the city.

According to details, the suspects were apprehended red-handed when police officials stopped a van on suspicion and searched it.

All suspects have confessed to their crime and the police have launched an investigation against them after registering an FIR.

City Police Officer (CPO) Rawalpindi, Ahsan Younas, has said that Rawalpindi police, so far, has seized more than 80,000 kites from different areas of the city as part of the ongoing crackdown against kite distributors.

He noted that legal action will be taken against Kite Flying Association, which has violated the law by announcing to celebrate Basant on the coming weekend.

The CPO added that 1,000 officers of Rawalpindi police equipped with drone cameras will be deployed all over the city on the weekend. The drone operators will be tasked with recording and identifying violators after which cases will be registered against them.

NTS Candidates Given 24 Hours to Provide Evidence of Paper Leak

Note that Chief Minister Punjab, Usman Buzdar, in January, had reimposed the ban on Basant celebrations all over the province.

CM Punjab also issued directives to concerned authorities to launch a province-wide crackdown against citizens involved in the sale and purchase of kites and strings.

Despite a ban on Basant in the province since 2007, people have blatantly been violating the law with complete disregard for human life for years.

Each year, numerous deaths are reported due to incidents linked with kite flying. Most of the time unsuspecting bike riders are killed as glass-coated sharp strings slit their throats. Several incidents of people falling to their deaths from rooftops while flying a kite or getting electrocuted while catching a kite are also reported each year.