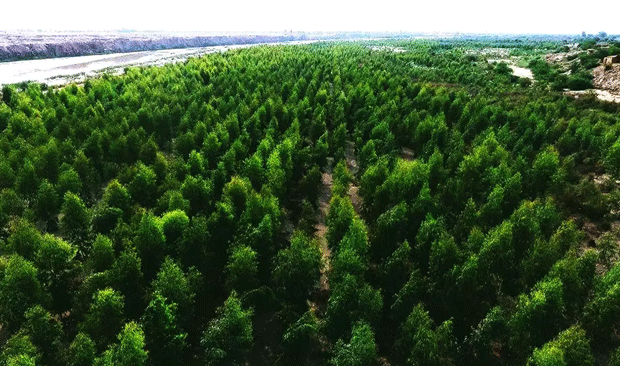 The government of Khyber Pakhtunkhwa has launched a spring plantation campaign that the Secretary Environment, Forests and Wildlife, Shahidullah Khan, inaugurated by planting an olive tree sapling in District Bajaur.

As per the official handout, the mega plantation drive is aimed at sowing 164 million saplings of different species with the help of farmers, the general public, and the concerned federal divisions.

Shahidullah Khan remarked that the inclusion of olive tree projects in the newly merged districts and Bajaur, in particular, were being prioritized t0 promote olive farming for business purposes.

He added that the agriculture department and district administration are cooperating to bring the concerned citizens on board as soon as possible.

Regarding climate change, the secretary affirmed that the new plantation drive will play a significant role in making the environment cleaner, and will combat pollution, deforestation, and other natural disasters.

University Student Found Dead in a Hostel in Lahore

Since 2018, recurring plantation drives in Khyber Pakhtunkhwa have received considerable praise from global environmental groups for their efforts to mitigate the impending climate crisis.

As per provincial statistics, KP’s forest cover has been expanded on land exceeding 230,000 hectares since August 2019. Since then, the forest department has planted over 196 million saplings under the 10 Billion Tree Afforestation Project.

The provincial government expects to plant another 168 million saplings this year, with the project to hit peak volume in the spring.